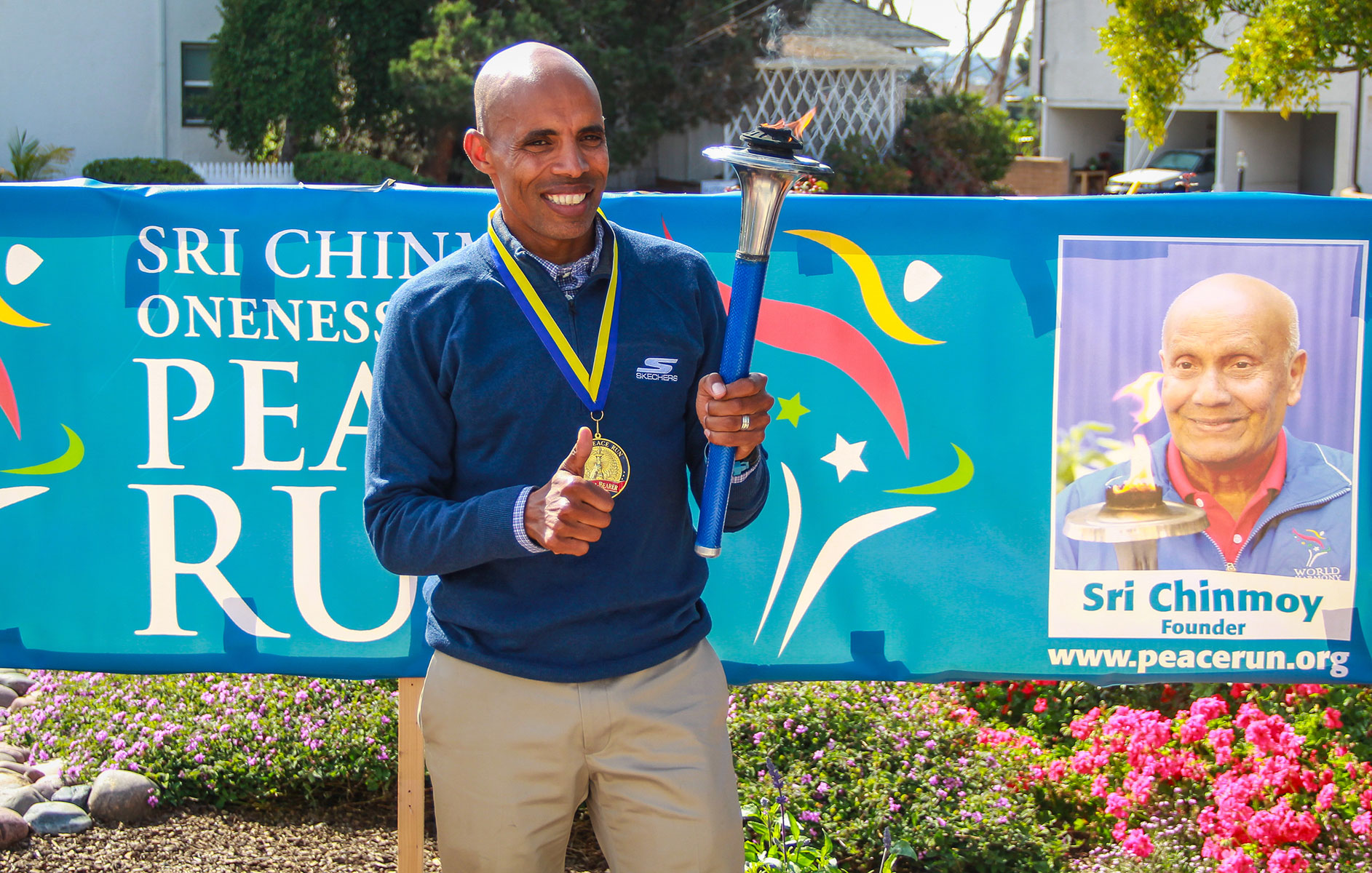 Meb Keflezighi is one of the most decorated and popular distance runners in American history. To date, he is the only athlete to have won the New York City Marathon, the Boston Marathon, and an Olympic medal-but his wins (at both the 10,000-meter distance and the marathon) go far beyond that. Meb resides in San Diego, California and travels the world giving back to his sport in myriad ways, including through his own MEB Foundation. "It is great to be recognized by the Peace Run. Thank you for this huge honor," Meb remarked upon receiving the Torch Bearer award in May 2018.