The Peace Run has been welcomed to the shores of Britain since it's inception in 1987. 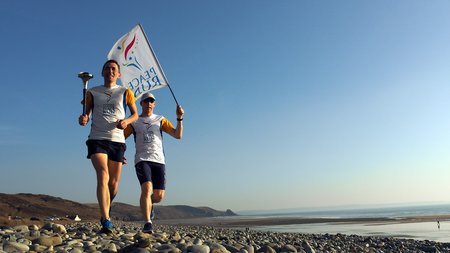 In August 2019 the Peace Run inaugurated two Peace Statues in North Wales. The Peace Run international team carried the torch from Anglesey, across the Menai Bridge to the first statue in Treborth Botanic Garden. The statue, which stands on the national coast path of Wales, was unveiled by Lord Elis-Thomas. The runners continued on and brought the torch to the second statue in Llanberis, by the lake in Padarn Country Park. This has inspired the Peace Statue Challenge: see https://www.peacestatuechallenge.org/ 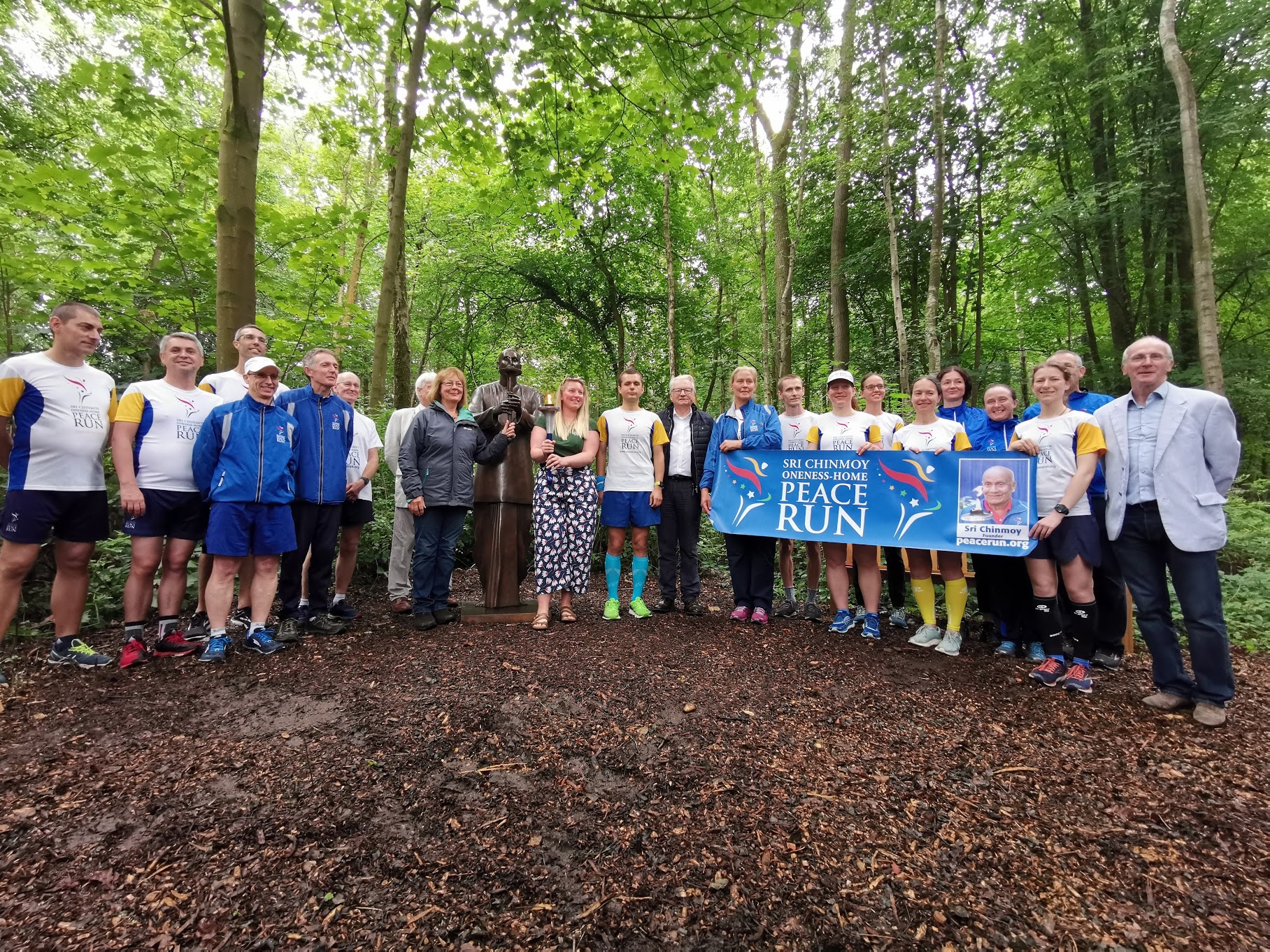 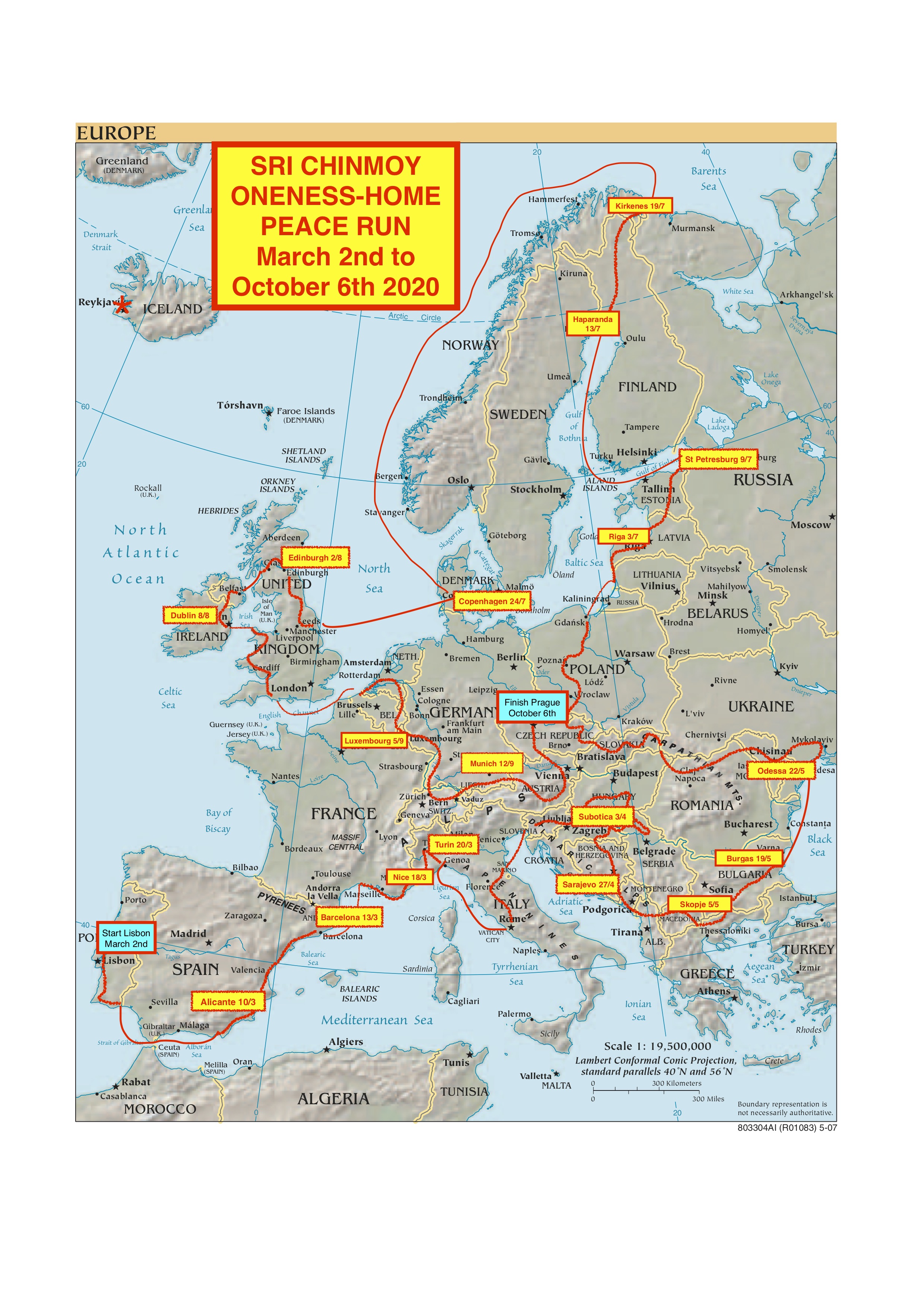 In 2020 The Peace Run is scheduled to arrive in Great Britain from Scandanavia on July 27th. The Peace Torch, which is being carried through all European Countries in 2020, will start it's British journey in Hull and be carried north to Scotland, across Northern Ireland, Ireland, Wales and down through England to Weymouth over a period of 18 days. In cities, towns and festivals along the route the torch will be received at events and ceremonies dedicated to Peace. We welcome everyone to greet the run, hold the torch and share your dreams for a world enlivened and emboldened by a committment to real Peace, for all people and all Nations. 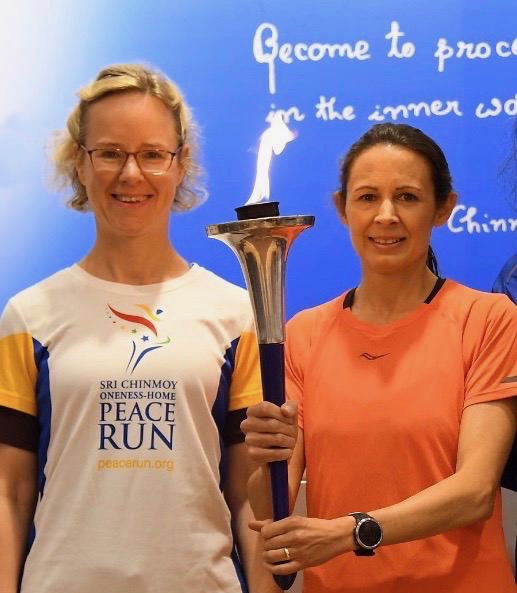 Jo Pavey holds the torch. Jo Pavey is the only British runner and track event athlete to compete in 5 Olympic Games (2000-2016). She won the gold medal in the 10,000 metres at the 2014 European Championships in Zurich at the age of 40 and only ten months after gicving birth to her second child. No female athlete has become a European Champion at that age. She continues to inspire a new generation of athletes with her incredible energy and enthusiasm for her sport. 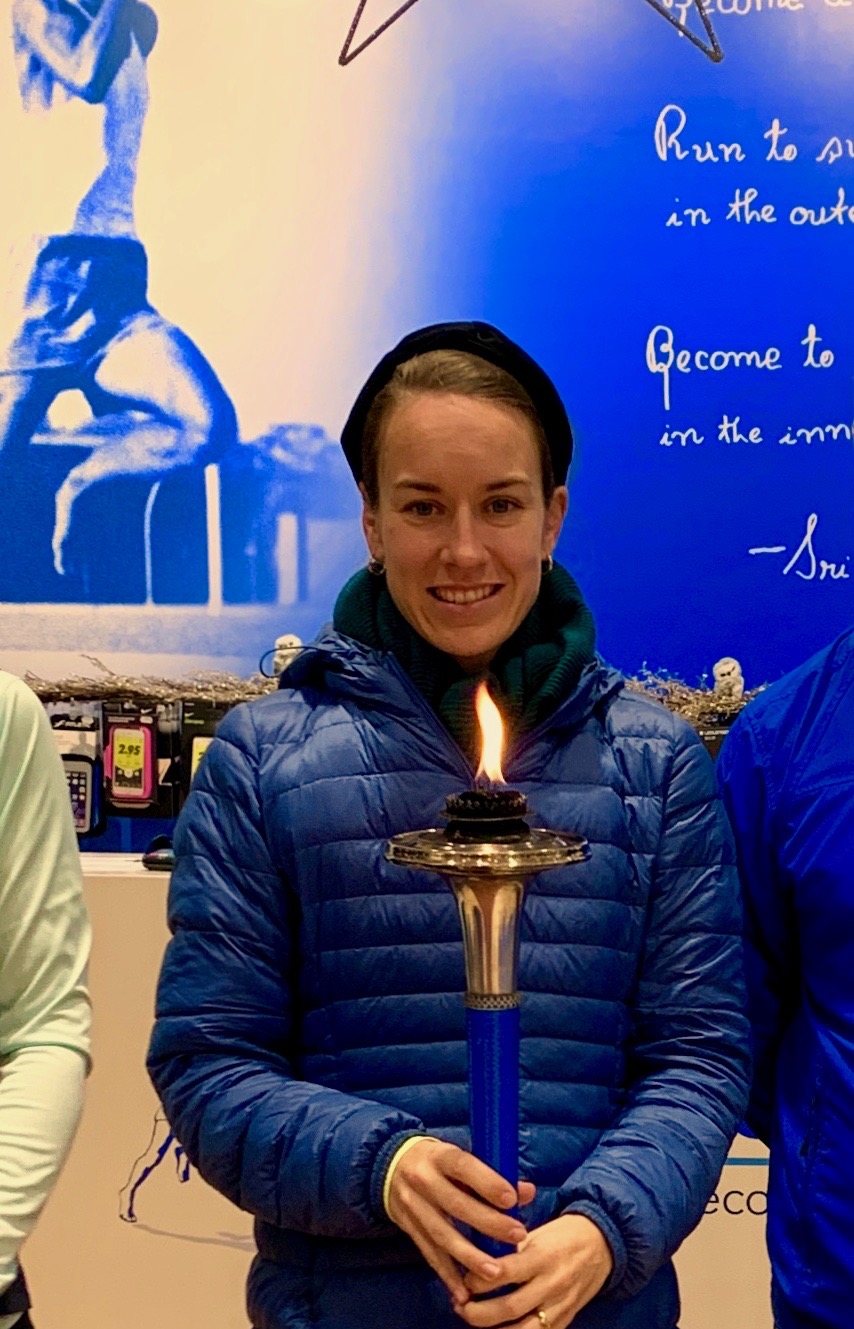 At her second attempt at the marathon distance, British athlete Steph Twell sets a new Scottish record. Liz McColgan's record of 2:26:52 remained unbroken for 22 years until the 2019 Frankfurt Marathon. Steph acheived an Olympic qualifying time, a PB and the Scottish record completing the course in 2:26:40. We look forward to cheering Steph on in the upcoming Olympics in Japan 2020. Steph has had several highs and lows along the path of her running career, and is the perfect embodiment of patience and perseverance. Her love of running is most inspiring. 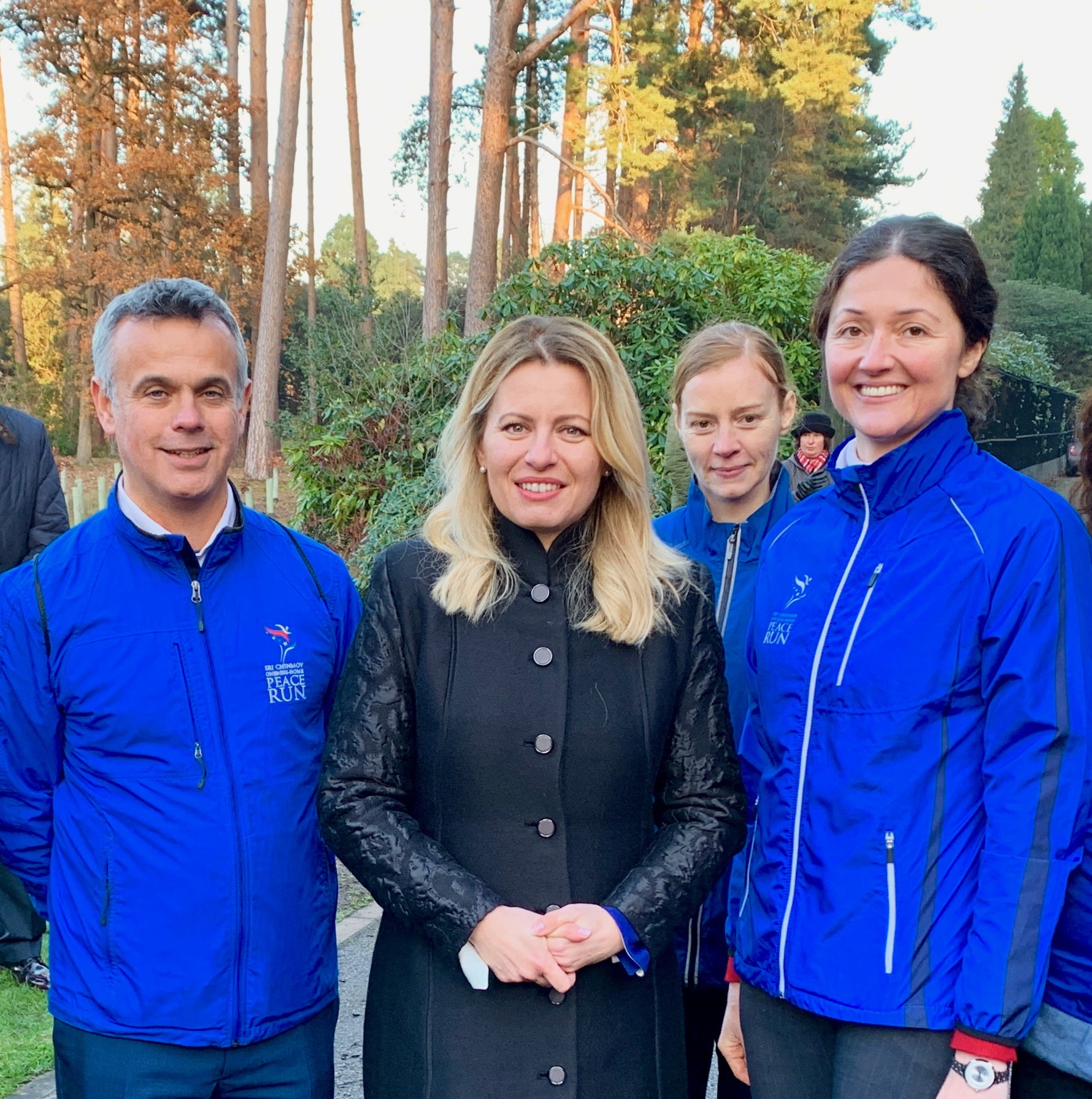 On a visit to Great Britain, the President of Slovakia, Zuzana Čaputová, meets some of the Peace Run team. She was visiting Brookwood Cemetery to honour the Czech and Slovak veterans who fought alongside the Allies for Peace in Europe.

Since the inception of the Peace Run in 1987, hundreds of thousands of people around the globe, including athletes, schoolchildren and enthusiastic individuals, have held the Peace Torch and expressed their committment to Peace. In the United Kingdom highlights include the lighting of the beacon in Hyde Park in 1995 by Her Majesty the Queen: a lighting of beacons at A Moments Peace, a ceremony held at UCL during the Olympics in 2012: The final ceremony of the Peace Run held at the British Museum in October 2006.

In 2020 the European relay run will begin in Lisbon, Portugal on March 2nd. Runners will carry the torch through Europe on a 7 month journey to a grand finish in Prague on October 6th.

Other torches will be carried on routes through the Americas, Asia, Russia and Australasia.

Her Majesty the Queen uses the Peace Torch to light the first of many beacons to commemorate 50 years of Peace on the anniversary of VE Day in Hyde Park, London in 1995. In 2020 there will be celebrations to mark 75 years of Peace since VE day. 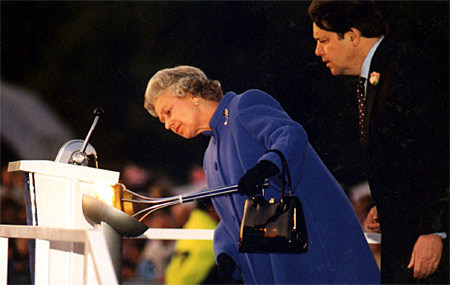 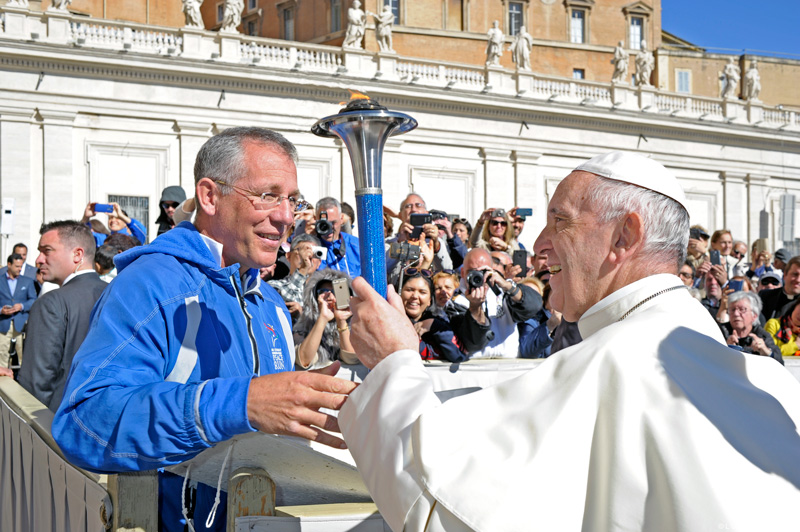 Olympic athlete Carl Lewis and Baroness Shreela Flather host the Peace Run during the London Olympics 2012 at a special event: 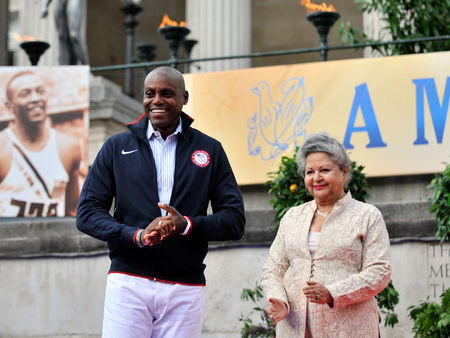 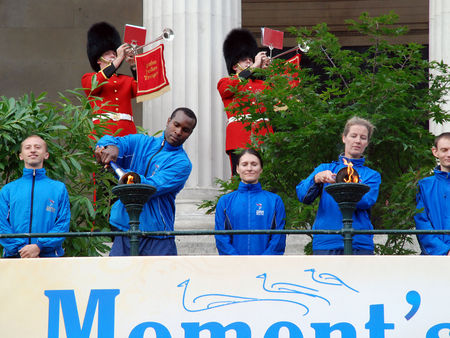 Each step our relay runners take is powered by the goodwill and support of everyone we meet on the way. We welcome anyone who wishes to participate to please join us and take those steps for Peace, holding the Peace Torch and offering your own hope and dreams for a better and brighter world... 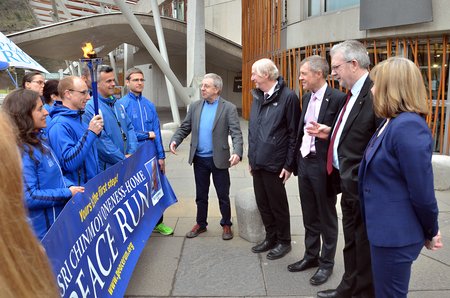 Representatives from councils around the UK, head teachers, celebrities and athletes hold the torch to celebrate Peace. 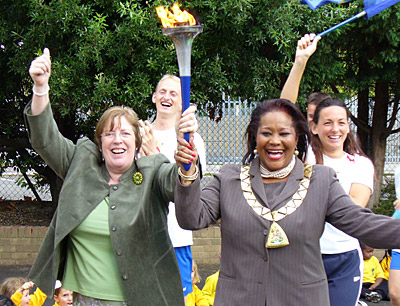 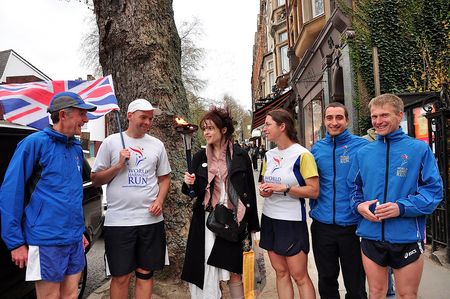 The founder of the Peace Run, Sri Chinmoy, visted England, Wales, Scotland and Ireland on several occasions to share his vision for Peace. 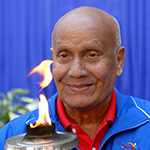 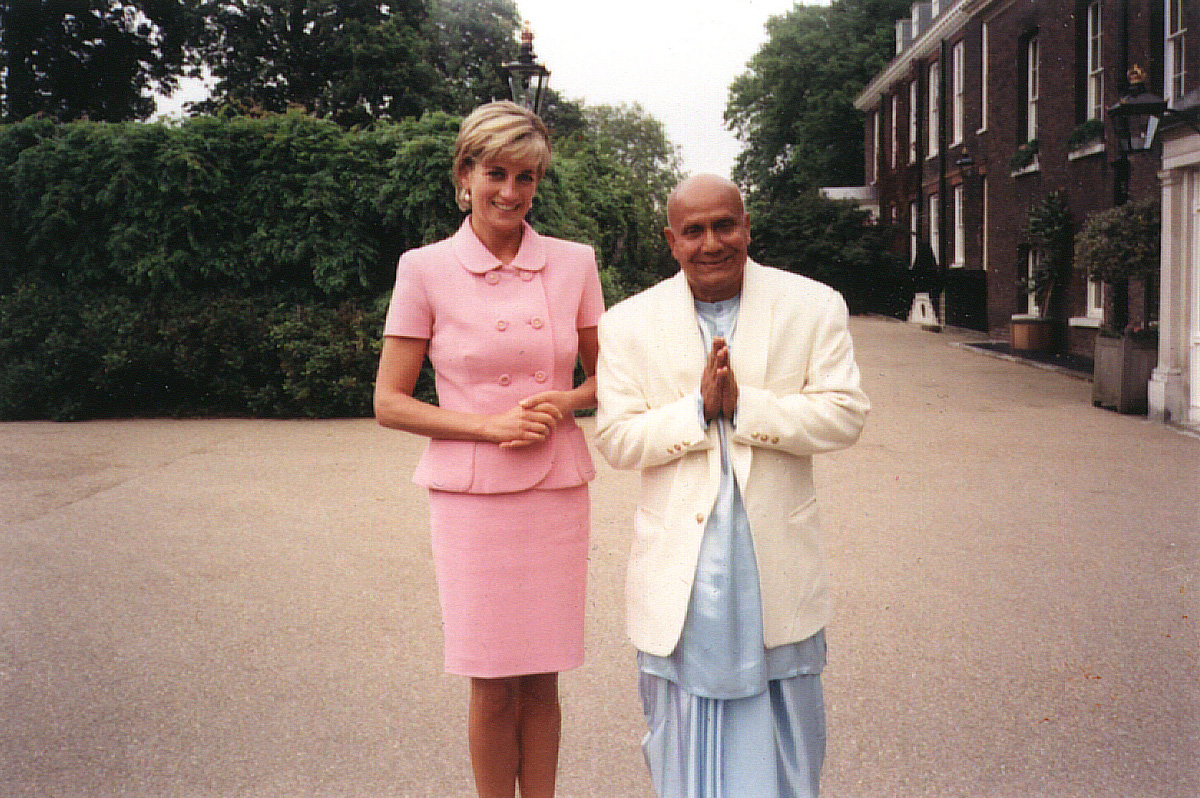 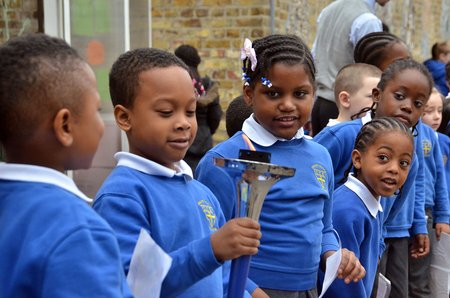 The Peace Run visits more than 50 schools in the United Kingdom every year. 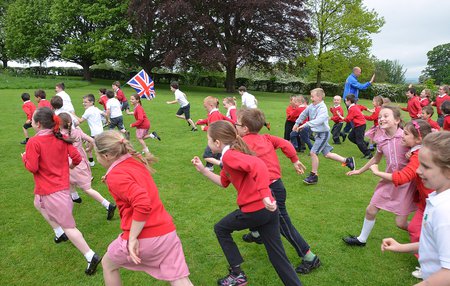 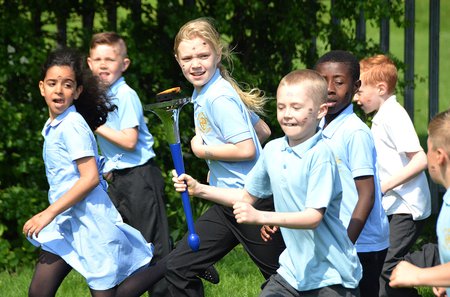 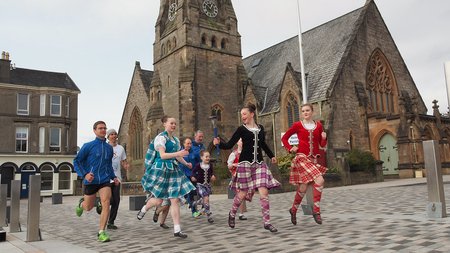 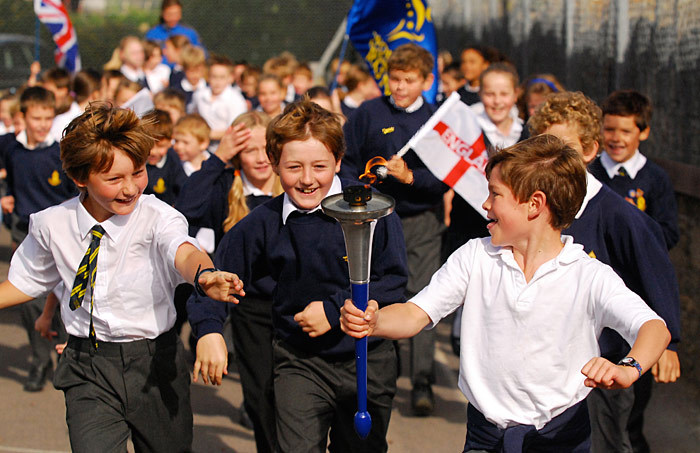 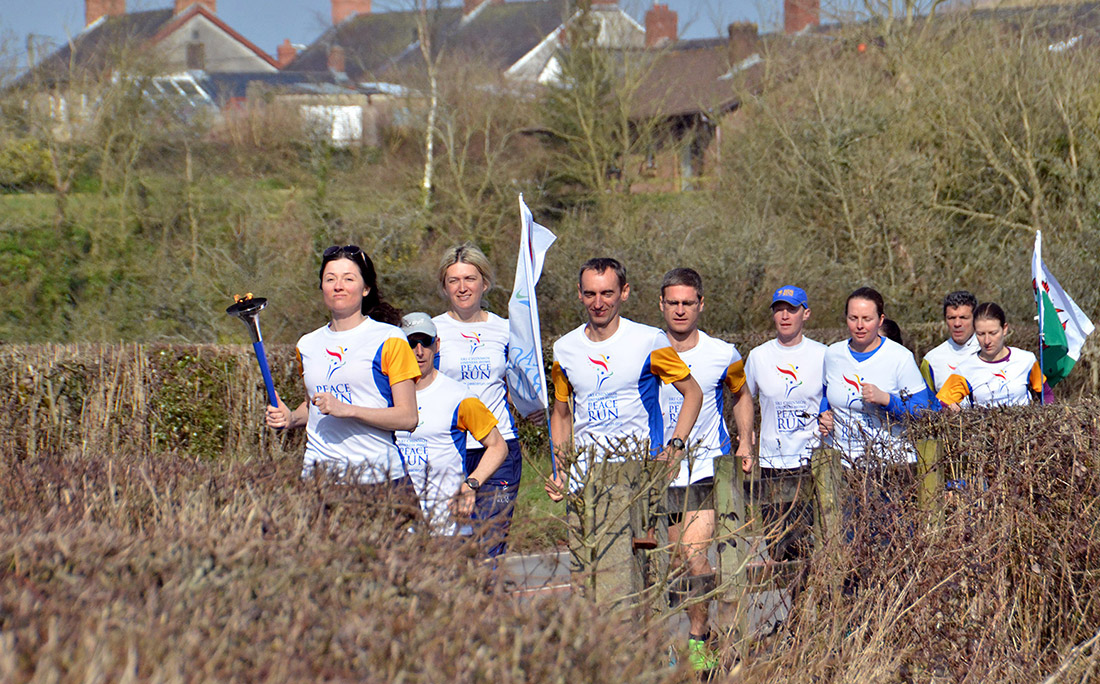 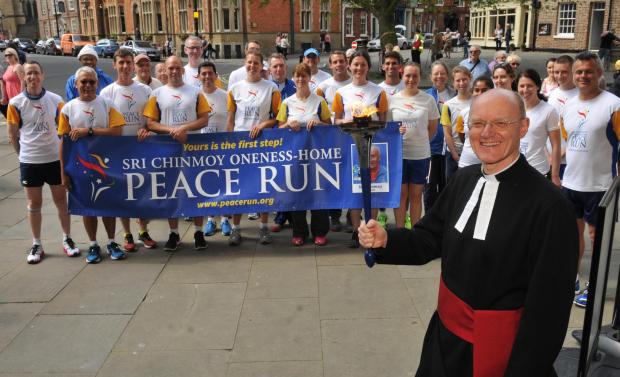 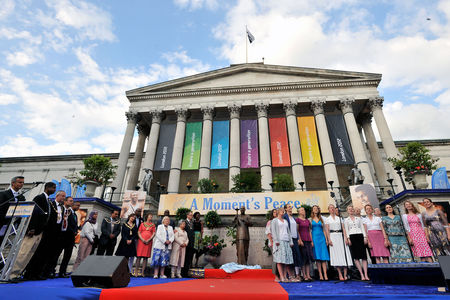 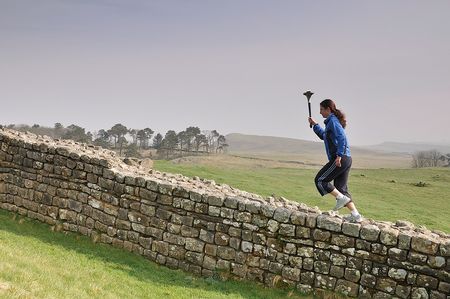 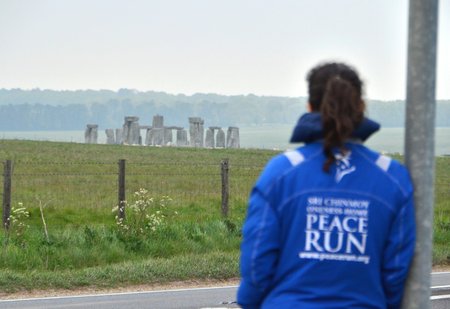 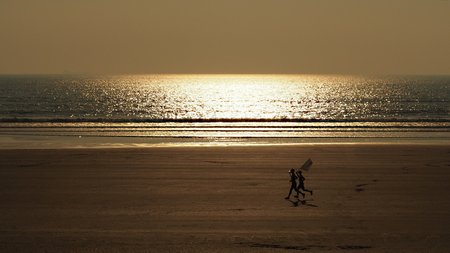 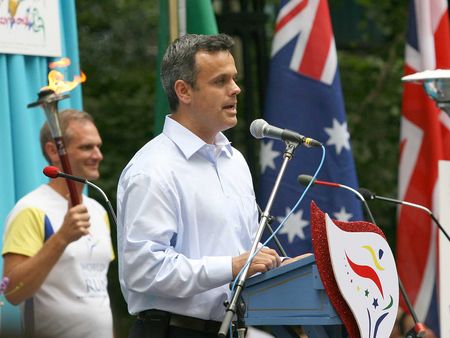