We had a magnificent Peace Run with participants from 13 countries. Altogether 27 participants represented all the regions of the world. It was a privilege to have with us Dr. Davidson Hepburn from the Bahamas (Former president of the 35th UNESCO general Assembly and spokesperson for the Peace Run). Ms Rajani Shrestha Joshi, Deputy Mayor of Bhaktapur lighted the Peace Torch to open the Peace Run. The opening ceremony was held in hills of Nagarkot at the Sri Chinmoy’s Statue. Ashrita Furman attempted yet another Guinness-World Record at Nagarkot which the Deputy Mayor curiously witnessed despite her having to attend another programme. We had an amazing programme in a school in Kathmandu and then we moved to Pokhara for an eventful and fulfilling experience. We visited schools and communities where we were received with warm hospitality. Pokhara Peace Run was special as it coincided with Pokhara Marathon. Prithvi Subba Gurung, the Chief Minister of Gandaki Province (Pokhara is the headquarter), lighted the Peace Torch; he handed over to Baikuntha Manandhar, veteran Nepali athlete who took the torch to the starting point which singled the beginning of the run. The CM, Manandhar and Tej Bahadur Gurung held the Peace Torch together as the three were also awarded the Torch Bearer Award. Tej Bahadur Gurung has been a great friend of the Peace Run who has been the strongest pillar in helping us organise the Peace Run in Pokhara. Local athletes and well wishers of the Peace Run were invited to the first premier of the documentary 3100: Run and Become.

We are grateful to all the participants. We are looking forward to hosting you again soon.

Sri Chinmoy Oneness-Home Peace Run Nepal 2018 (11-16 February)
We just had a spectacular Peace Run with over 30 team members participating from 17 different countries! The opening ceremony in Kathmandu City was held in Nagarkot at Sri Chinmoy's Statue, with the Guinness-World Record attempt by Ashrita Furman. We had a wonderful program at Nepal Music Center in Kathmandu, then moved to Pokhara city for a much fuller program: Ceremony at the Peace Stupa, 9 school visitis and inner city running with the mayor of Pokhara.
Thank you very much everybody who participated in this year's Peace Run in Nepal. The international team is looking forward to coming back to this beautiful country in the near future!! 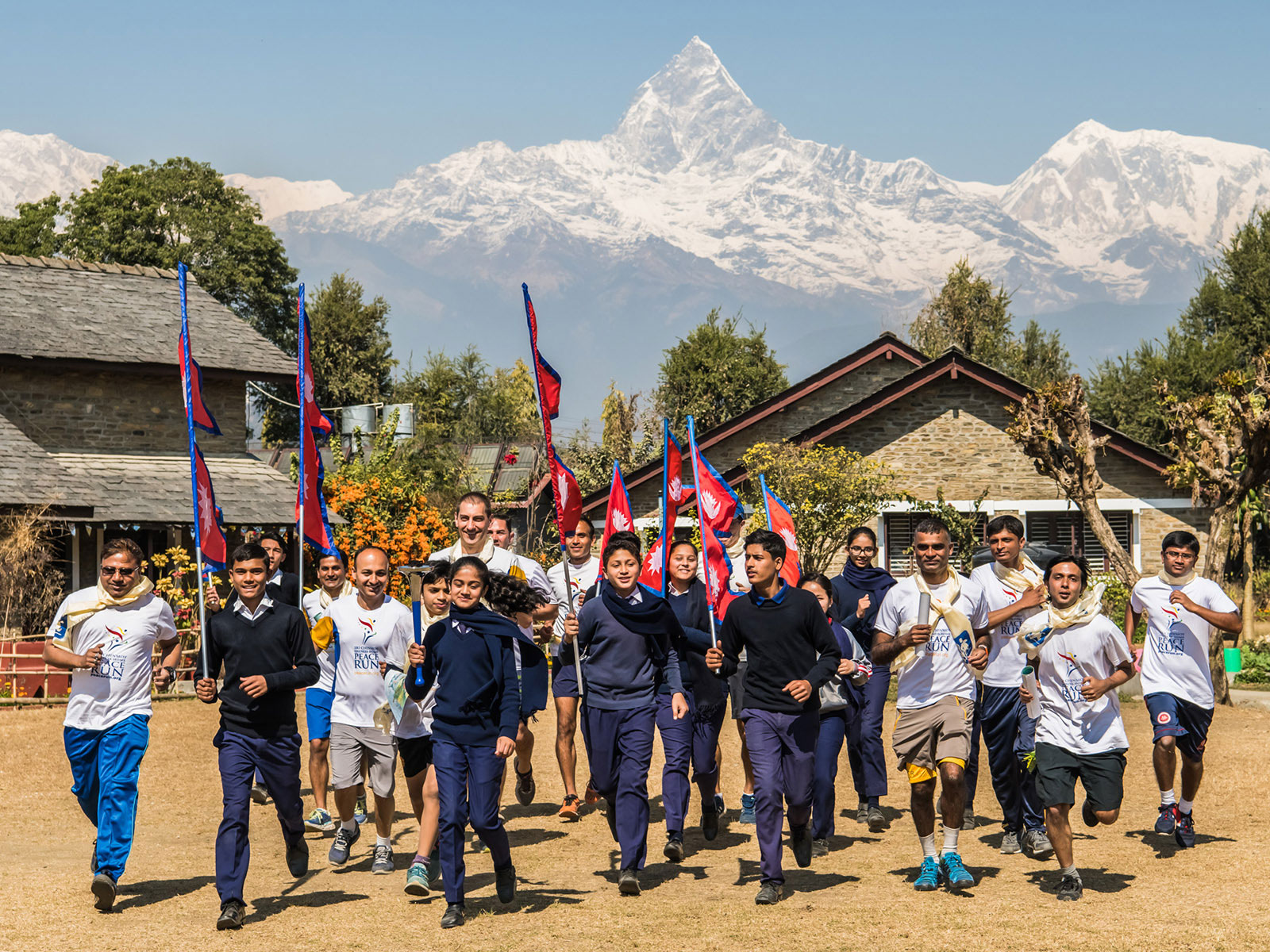 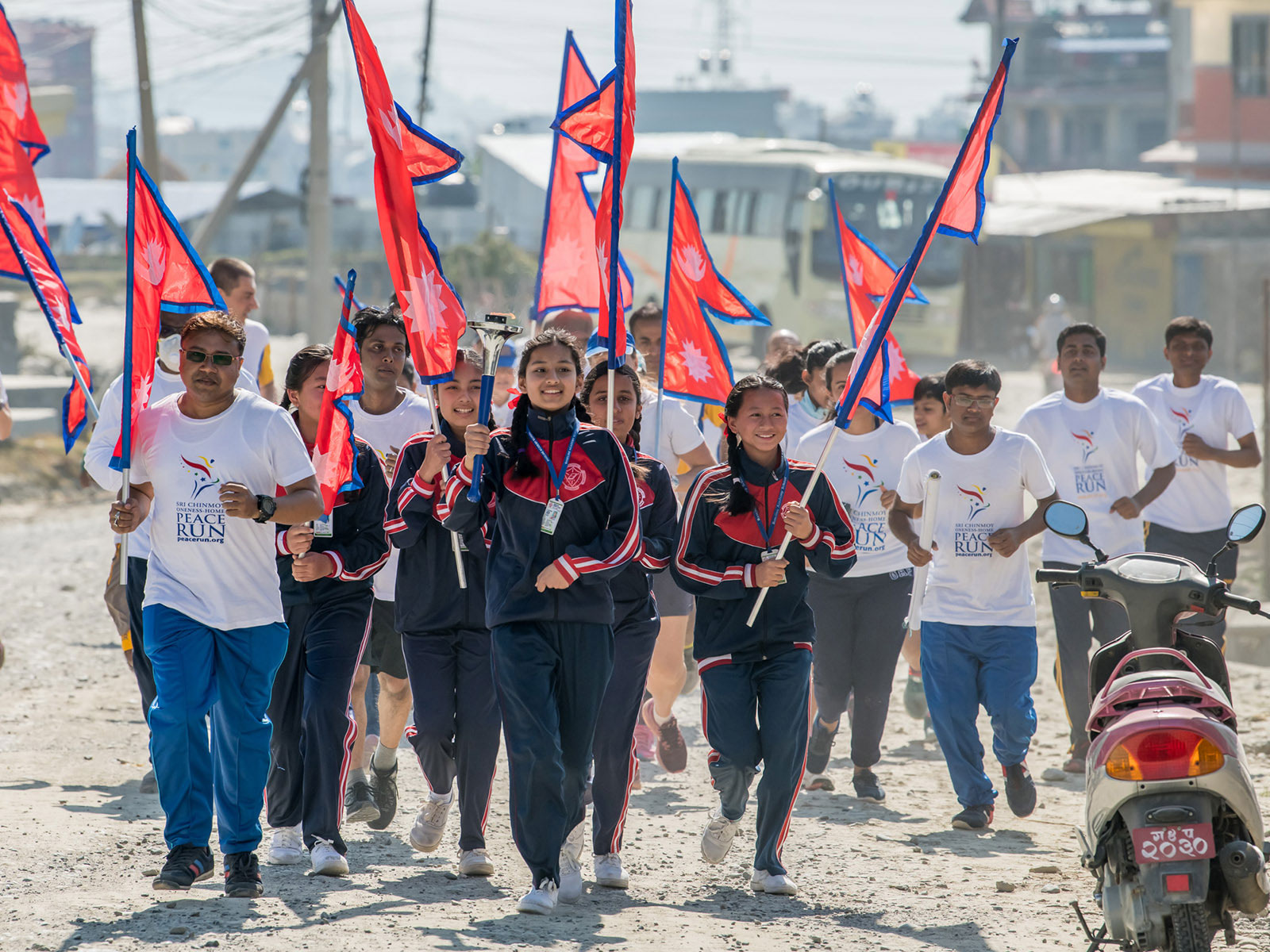 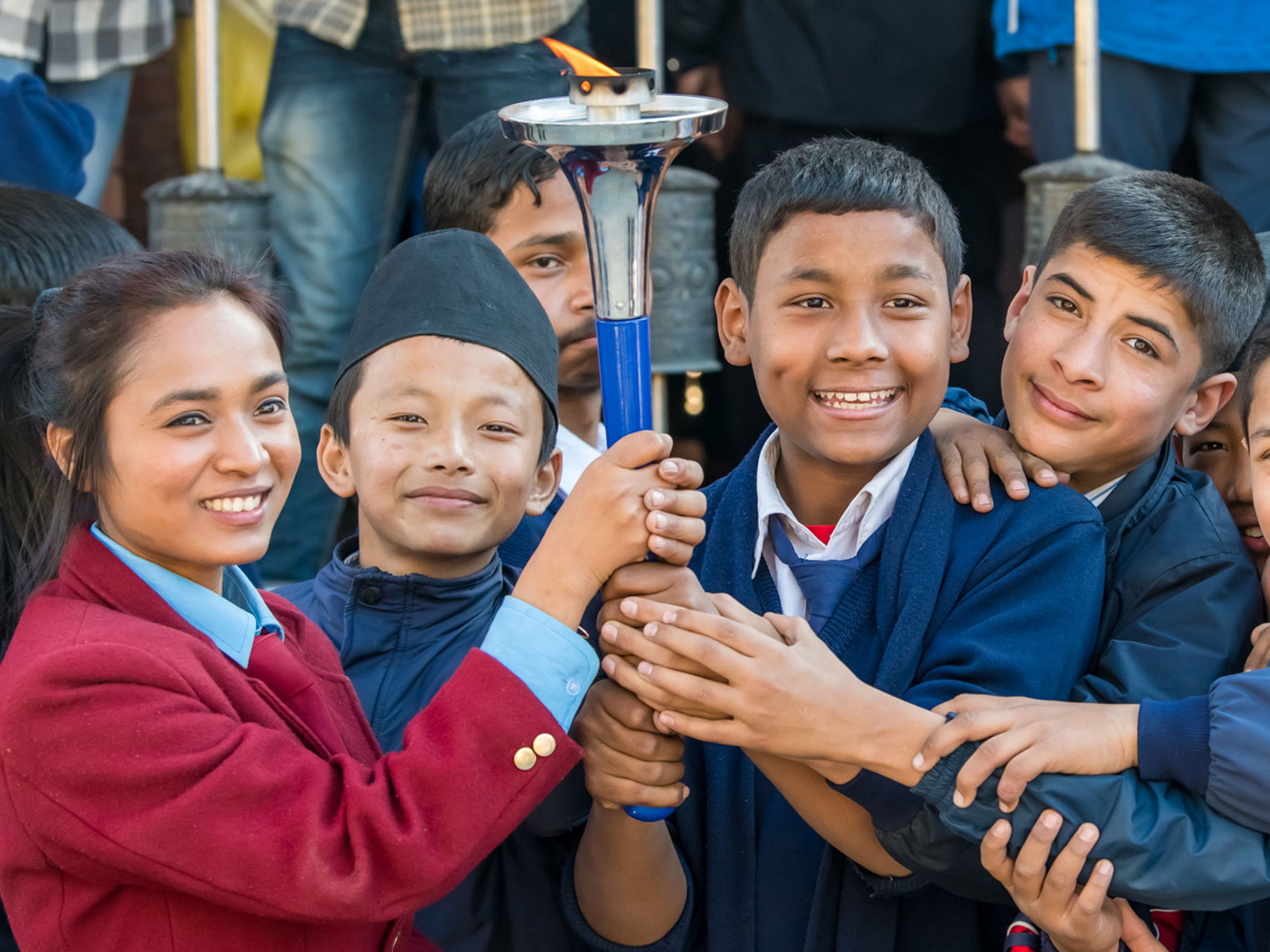 Making a wish for peace.

The Peace Run was founded by Sri Chinmoy in 1987 as a way to give citizens a dynamic way to express their own hopes and dreams for a more harmonious world. An athlete, philosophyer, artist, musician and poet, Sri Chinmoy dedicated his life to advancing the ideals of world peace and harmony. For the last 31 years, the Peace Run has visited more than 155 countries and has covered more than 600,000km with more than 50 million participants.