Today we met the King in Ubud, Bali 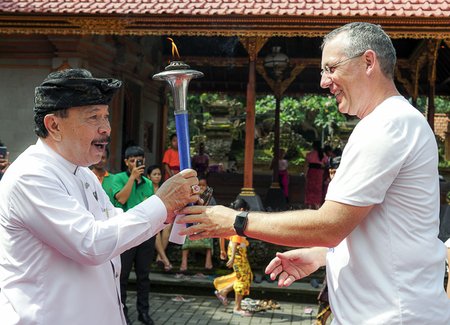 Today we were deeply honored to me with his royal highness Tjokorda Putra Sukawati who is the King of Ubud. 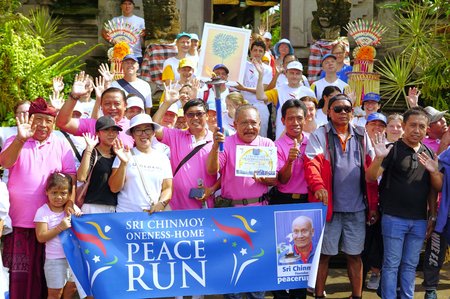 We began our journey to the Ubud Royal Palace from the Puri Lukisan Museum which was celebrating its 64th Anniversary. The Museum was founded by Tjokorda Putra Sukawati's father who was instrumental in establishing Ubud as a cultural centre for Bali. 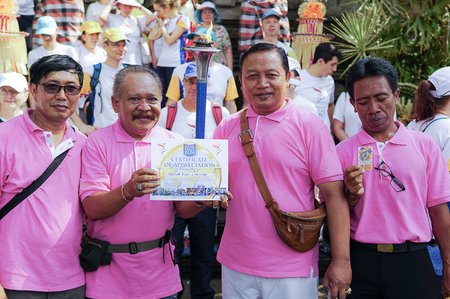 Tjokorda Bagus Astika, holding the Peace Torch and certificate is the Director of the Museum. 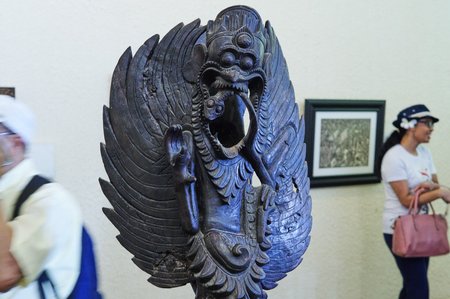 We had a chance to look around the museum and appreciate the amazing artworks. 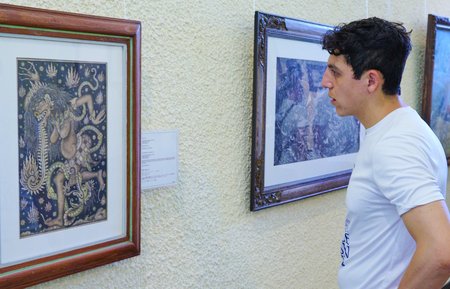 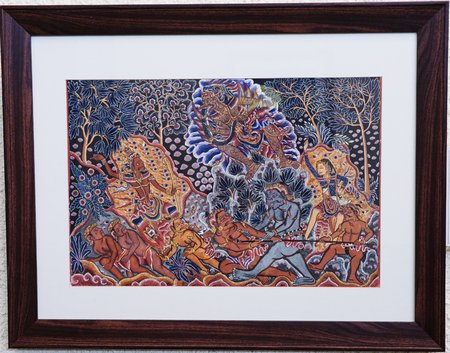 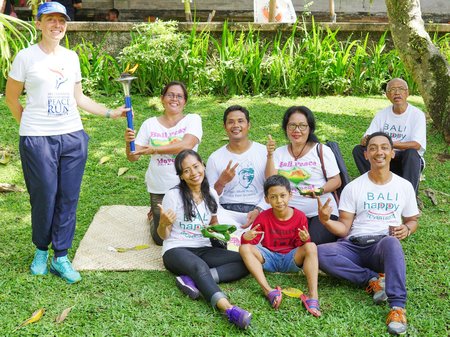 Harita shared the torch with local residents who were participating in the museum's anniversary celebrations. 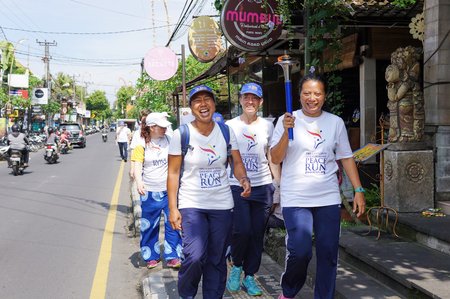 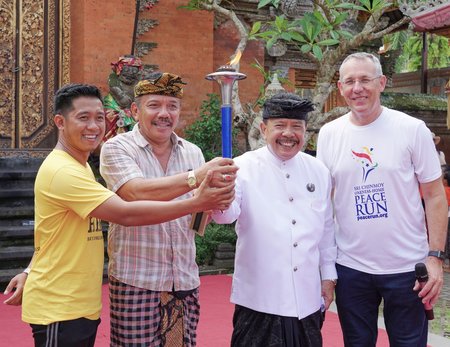 Tjokorda Gede Agung Ichiro Sukawati in the yellow t-shirt is the eldest son of Tjokorda Putra Sukawati (white jacket) with the King's brother in the middle. 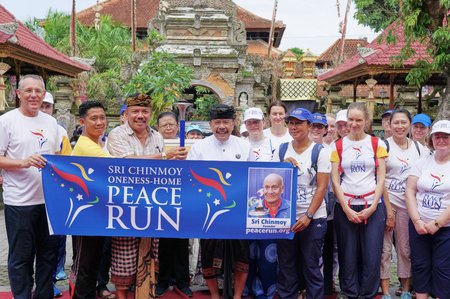 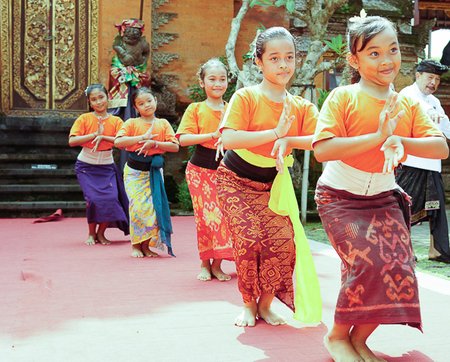 We were treated to a charming Balinese dance from the children who were learning and rehearsing as they do every Sunday. The Palace is deeply involved with sustaining and nurturing Balinese culture as well as other social programs. 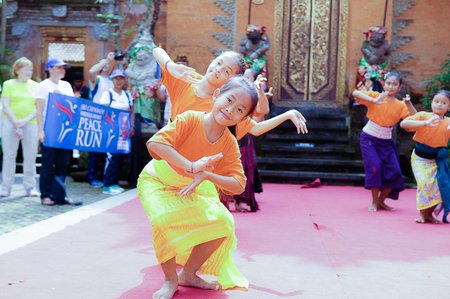 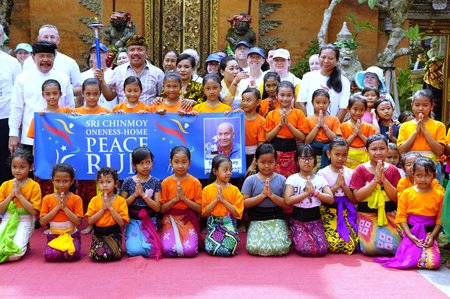 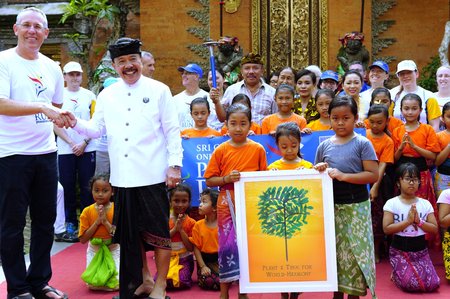 We were honored to present the King with a painting of Sri Chinmoy's entitled: Plant a Tree for World-Harmony. 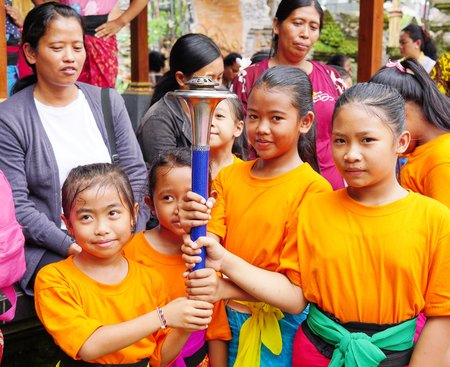 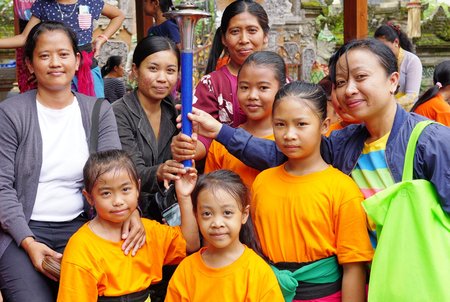 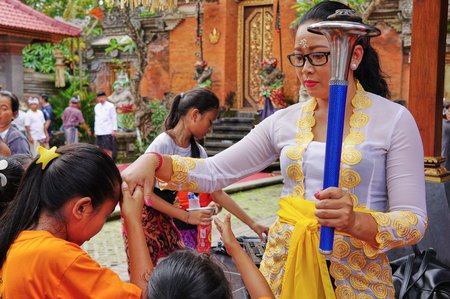 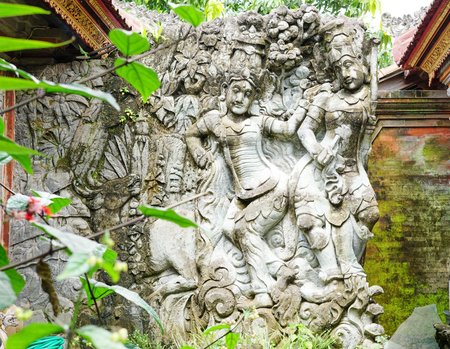 After our formal ceremony the king very kindly invited us into the private area of the palace to enjoy the exquisite carvings they have on display. 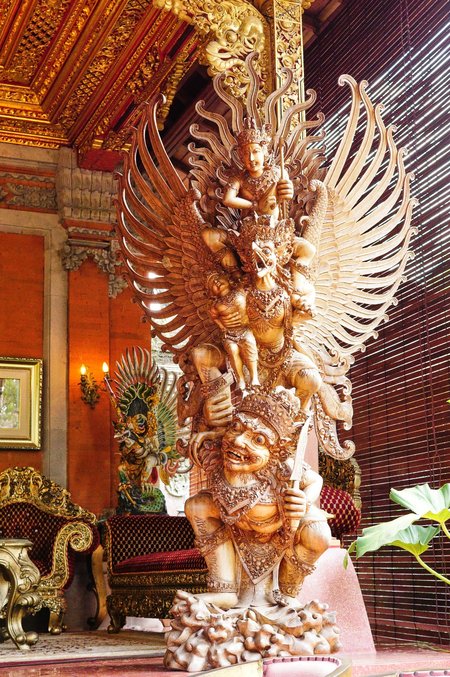 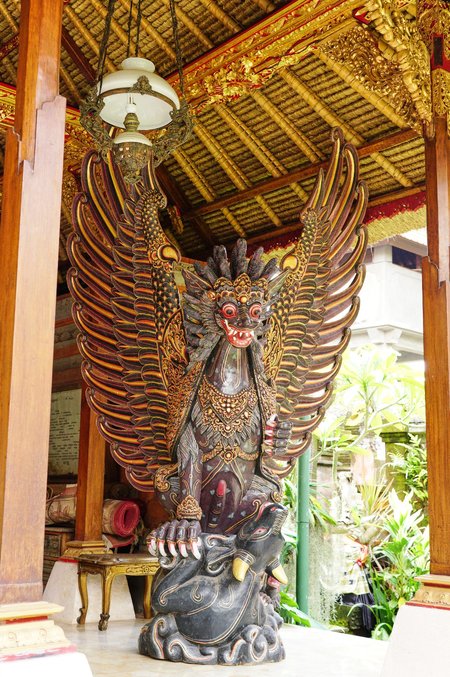