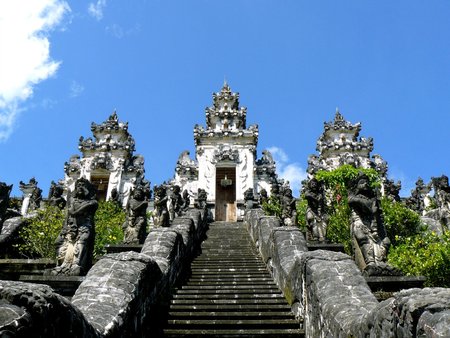 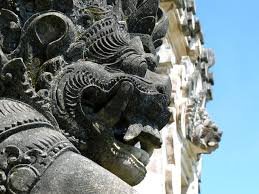 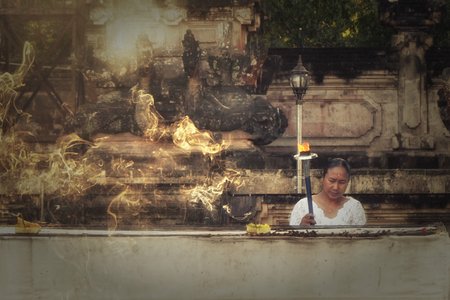 After the long program in Bali culminated with the majestic ceremony in Kuta, the Peace Run continued it Peace activities. After visiting Besakih Temple (the "Mother Temple of Bali"), we decide to bring the Peace Torch to one of the most sacred place in Bali: the Pura Penataran Agung Lempuyang.

In the photo our local member of Peace Run during a puja with the Peace Torch in the shrine area of the Temple, before to start the program. 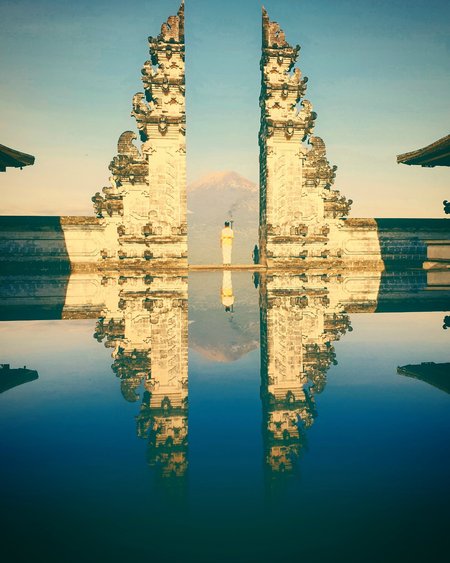 A priestess praying in silence for Peace at the "Heaven's Gate", in front of the majesty of Mount Agung.

The establishment of places of worship around Mount Lempuyang is believed to predate the majority of Hindu temples on the island of Bali. The puras of Mount Lempuyang, represented by Pura Lempuyang Luhur, the highest temple in the area, is grouped one complex of pura which represents the Pura Sad Kahyangan Luhur Lempuyang. The temple groups are considered as part of the Sad Kahyangan Jagad, or the "six sanctuaries of the world", the six holiest places of worship on Bali. According to Balinese beliefs, they are the pivotal points of the island and are meant to provide spiritual balance to Bali.

The uppermost inner sanctum (jero) is the most sacred courtyard of the Balinese temple. The courtyard of Pura Penataran Agung Lempuyang features several meru towers and pelinggih shrines each dedicated to different gods and local deities. Several padmasana shrines in the shape of empty stone thrones, each are dedicated to the highest god of Hindu pantheon e.g. the Sang Hyang Widhi and the gods of the Trimurti. 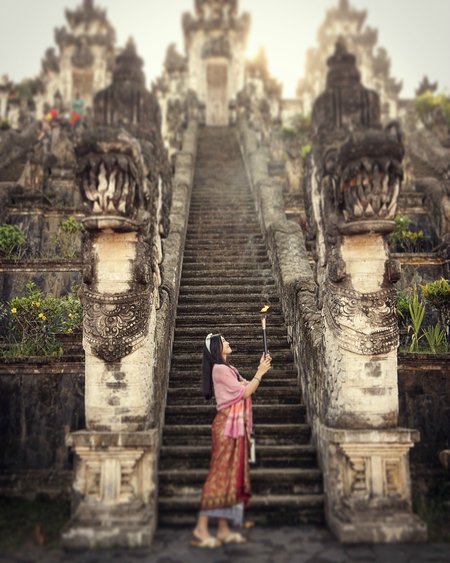 After the silent prayer in front of Mount Agung, we shared the Peace Torch with the hundreds of international visitors and staff of the Temple, to observe a moment of inner silence for World Peace. 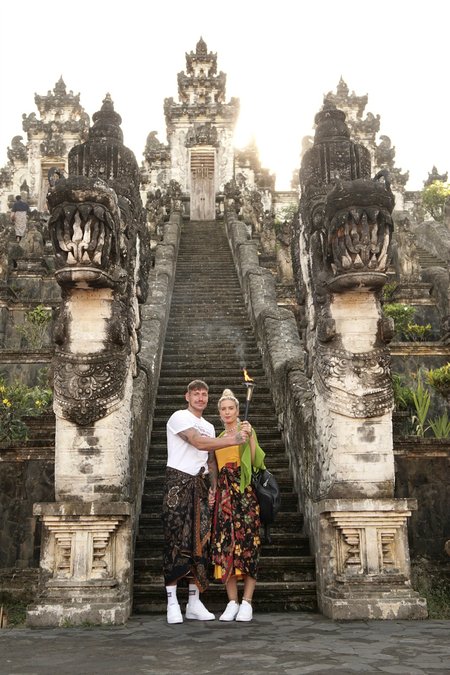 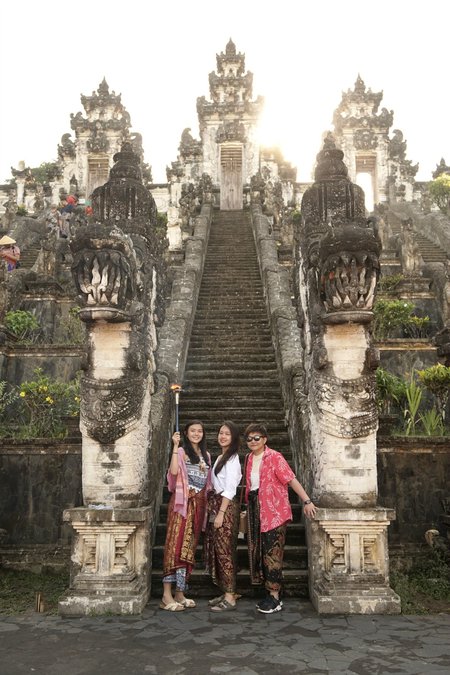 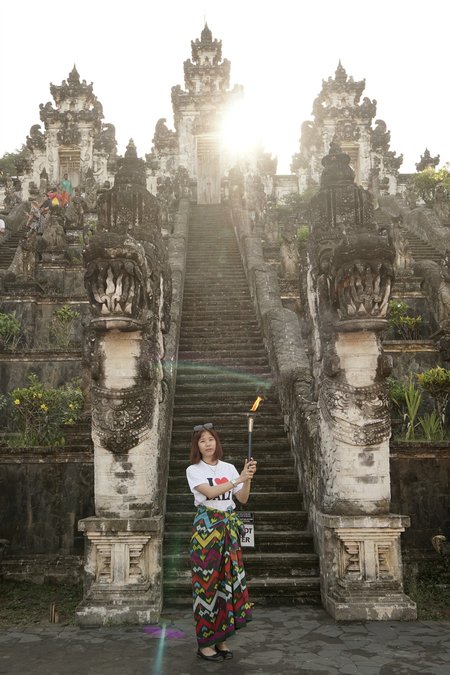 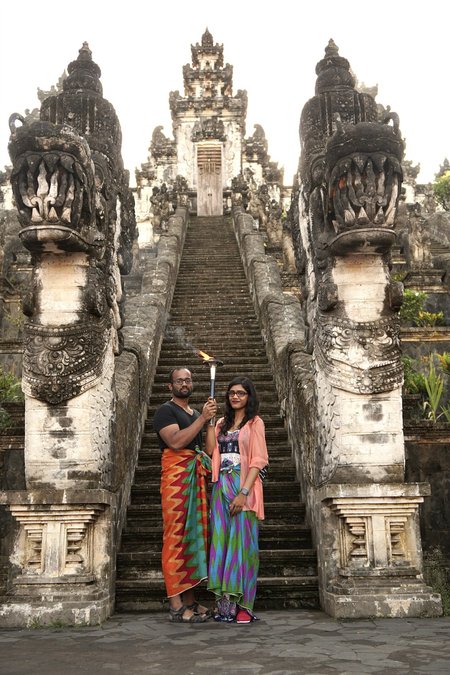 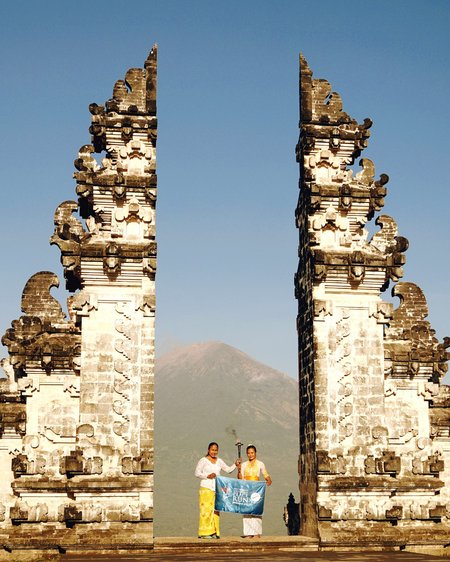 Two of our Balinese member of the Peace Run team at the "Heaven's Gate".