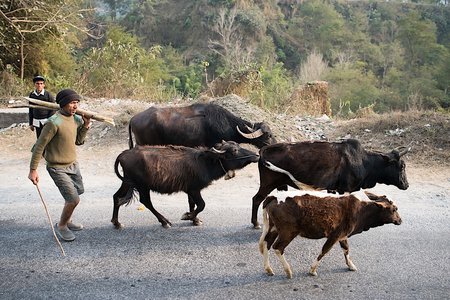 For our final day, our morning began at 7:15 am. We met some interesting pedestrians en route to the ceremony! 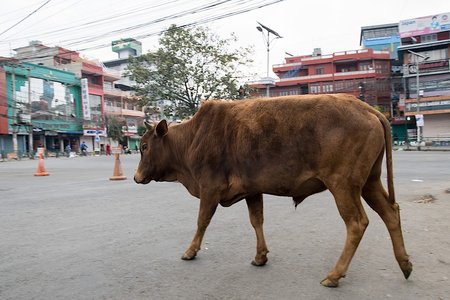 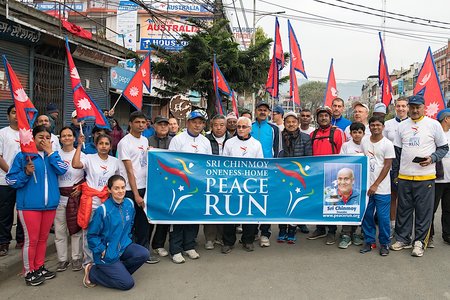 Our closing ceremony was held at BP Chowk, the main area for public gatherings in Pokhara. 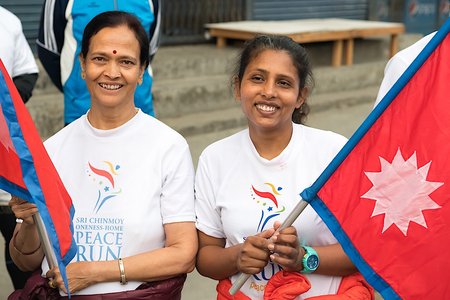 Sushila and Mamta, Nepali members of the Run, proudly hold their country's flag. They were both a really great addition to the team! 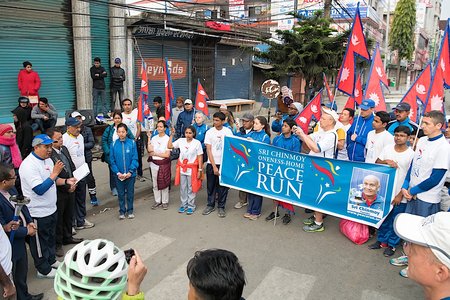 Mr. Tej Bahadur Gurung - President of the Rotary Club, President of the Nepal Handball Association, and a respected academic - served as the MC for our closing ceremony. We are extremely grateful to Mr. Gurung for his enthusiastic support: he helped us extensively in all aspects of the Run. His support and encouragement has been truly invaluable. 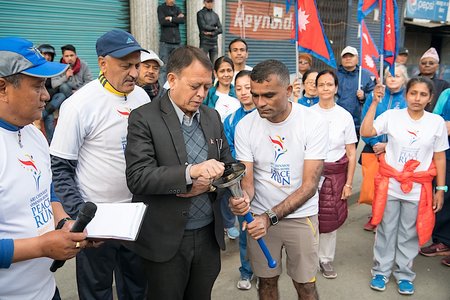 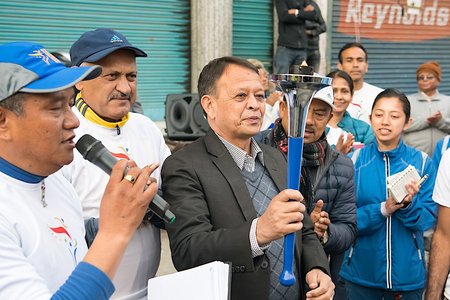 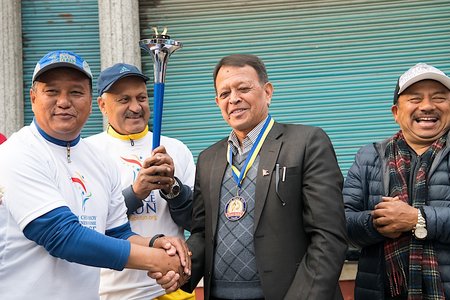 Mr. Man Bahadur GC receives the Torch Bearer Award for serving the city of Pokhara. Pokhara is regarded as the most beautiful city of Nepal, and the mayor is highly respected as the father of the city. 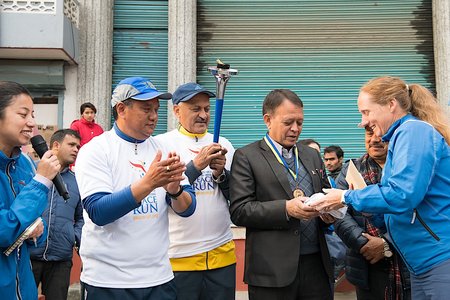 Stacey presents the mayor with gifts from the Peace Run. 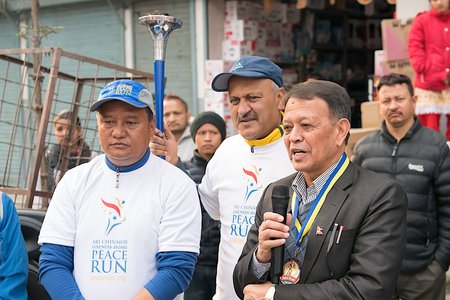 The mayor welcomed the international Peace Runners to Pokhara, and invited them to return to Pokhara in the near future. He also wished the team to have a nice stay in the city, and thanked them for honoring him with the Torch Bearer Award. 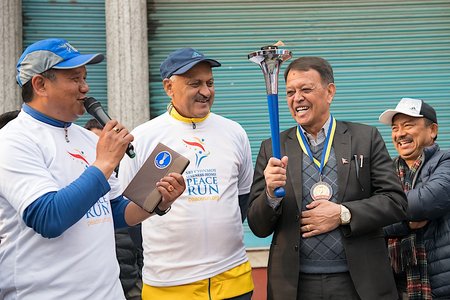 Mr. Gurung and Mr. Man Bahadur GC are all smiles. 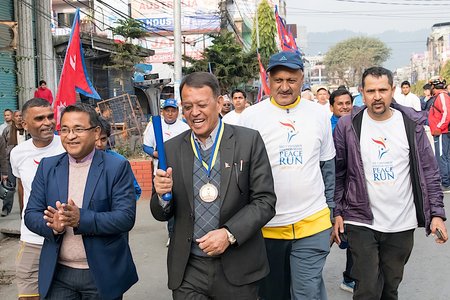 The mayor ran with us at a pretty speedy pace! Mr. Dipendra Shrestha (pictured left), President of the Federation of Nepal Journalist Forum, was also in attendance. 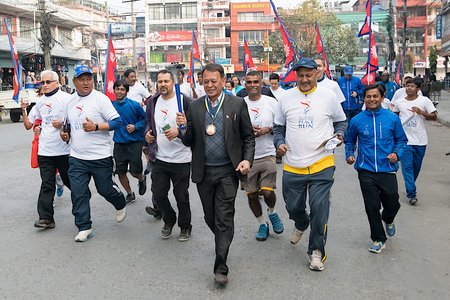 We were also honored to have other important guests participate in the final ceremony, among them: Mr. Khadga Ranabhat, Olympic coach for Track and Field; Mr. Mahesh Gurung, Chief Advisor of Sahara UK; Mr. Narayan Karki, BBC News Reporter; and Mr. Shanker Gurung, Chairperson of the World Peace Stupa. 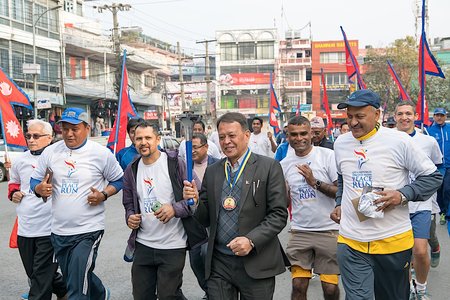 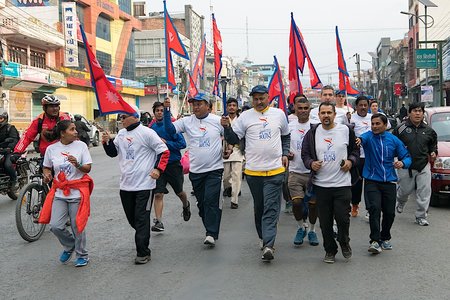 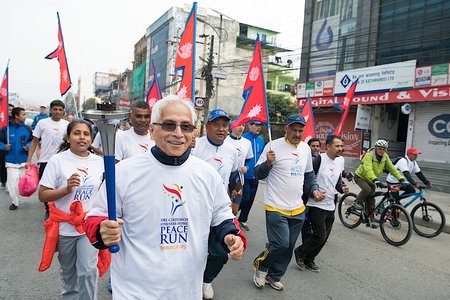 Professor Dr. Birendra Singh Gurung, former national hockey and cricket player, holds the torch. We wish to thank him for supporting the Run. 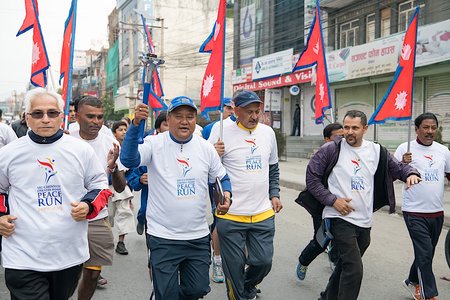 Mr. Gurung holds the torch high as we speedily bound towards City Hall. 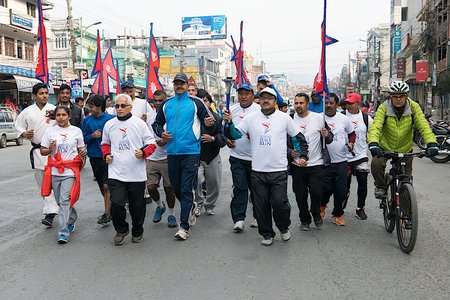 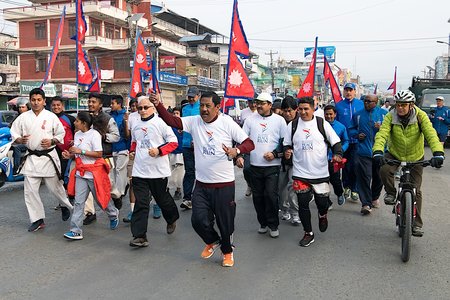 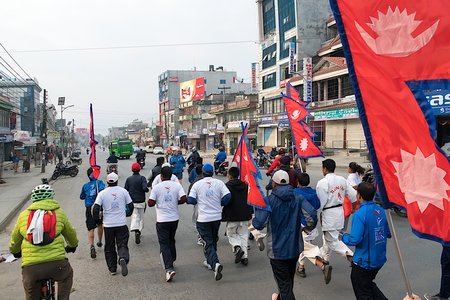 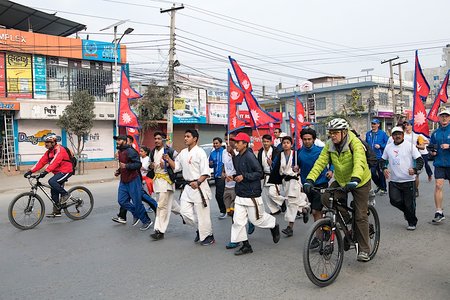 We were so happy that members of other athletic associations from Pokhara also attended, and for their oneness and support in the pursuit of peace. 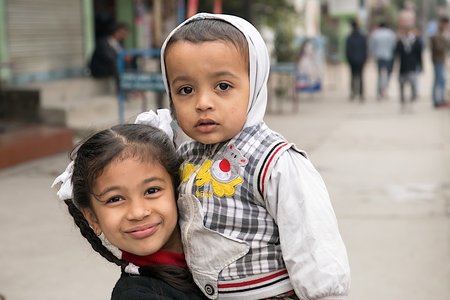 We met some cute friends along the way! 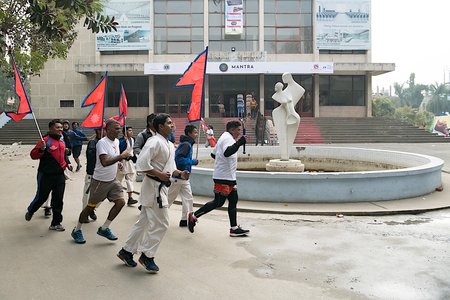 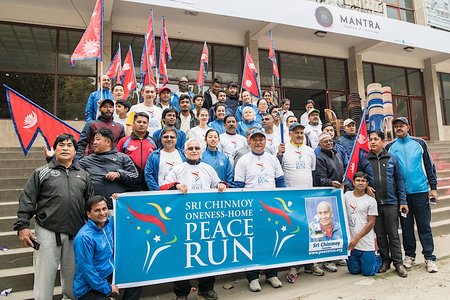 And so, the Nepal Peace Run comes to an end. Here we take some final pictures with all guests and team members at City Hall. 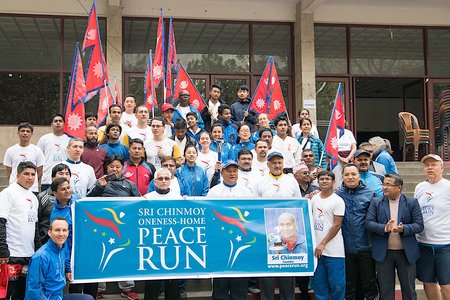 The Peace Runners sang the "Thank You" song, composed by Sri Chinmoy, in honor of all guests who attended. 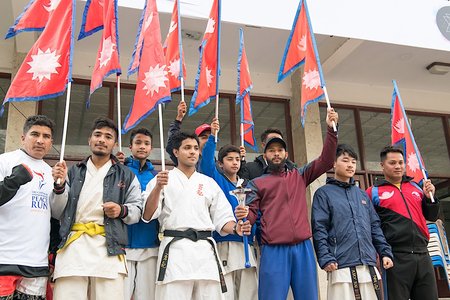 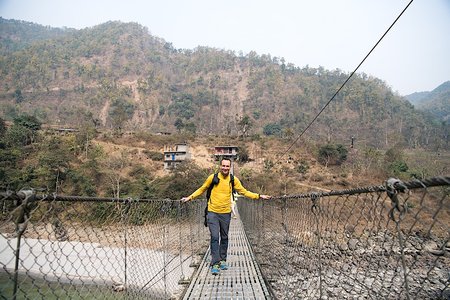 Apaguha takes a break on the ride back to Kathmandu. 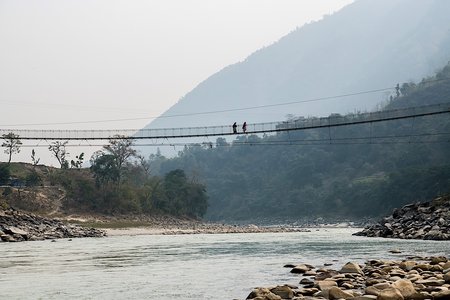 After the final ceremony, the team headed back to Kathmandu. With heavy hearts, they will soon return to their respective homes all around the world. But they leave with hearts full of joy and fond memories of the Run. Thank you to the Nepali Peace Run Coordinators for such a wonderful experience! We eagerly await the next Peace Run in Nepal!