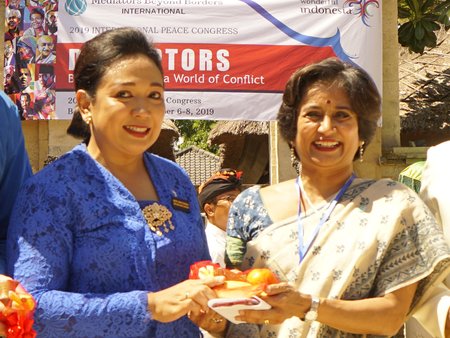 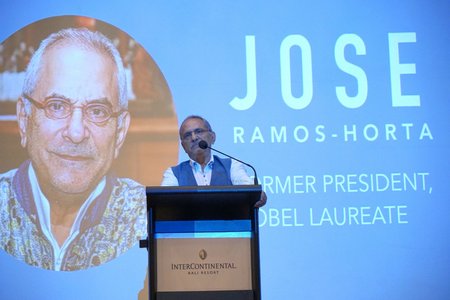 Respected Nobel Peace Prize Laureate Jose Ramos-Horta was the keynote speaker sharing his experiences, stories and reflections on the challenges we face in achieving peace. He was also encouraging and optimistic about our collective future. 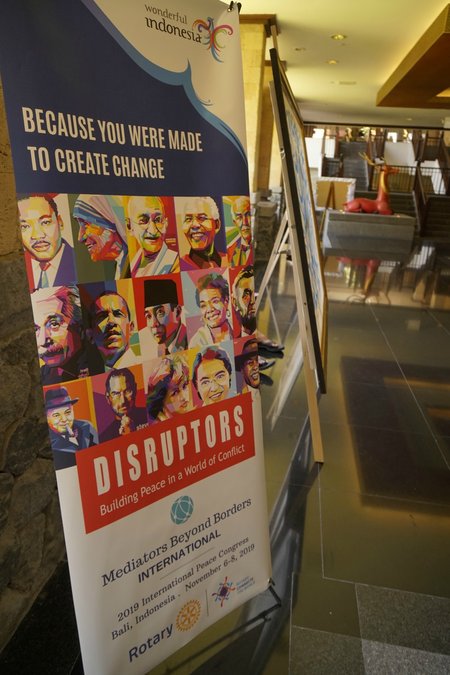 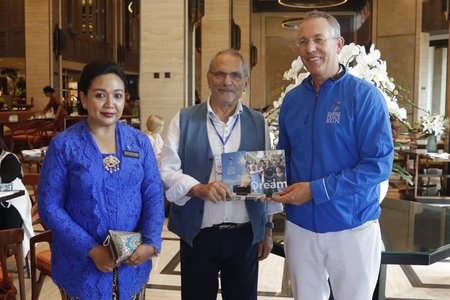 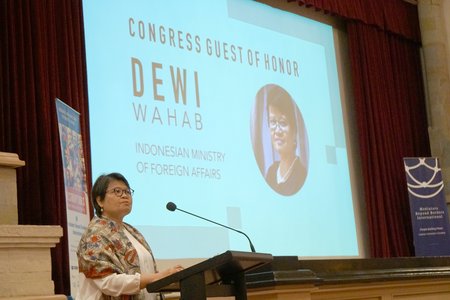 Ms. Dewi Wahab, Special Advisor to the Minister on Socio-Cultural Affairs and Indonesian Diaspora Empowerment, officially welcomed all participants on behalf of the Indonesian Government. 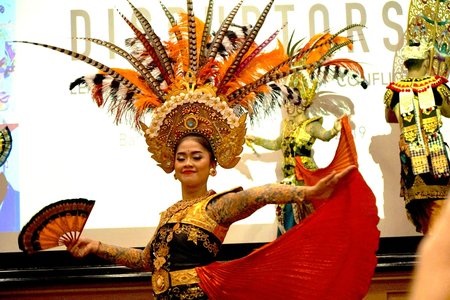 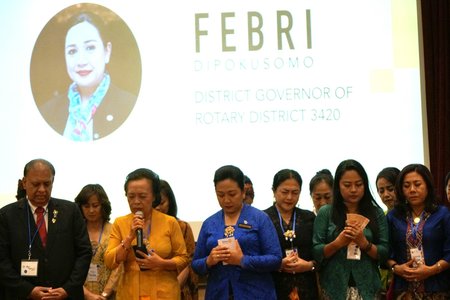 The attending Rotary members from Indonesia led us in a traditional Balinese prayer. 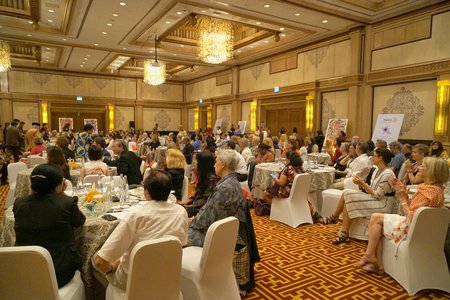 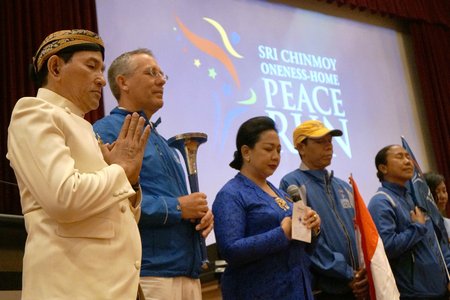 We also had a minute of meditation accompanied by a recording of Peace Run founder Sri Chinmoy playing flute. 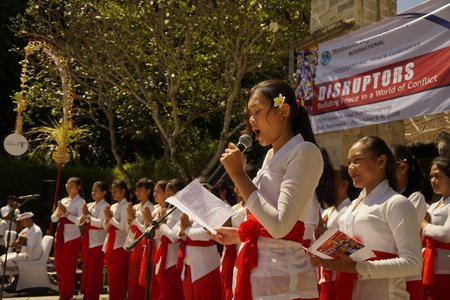 We then went outside where a beautiful girls choir from a local school Sunari Loka performed. They began by sharing a quote from Sri Chinmoy, "There shall come a time when this world of ours will be flooded with peace. Who is going to bring about this radical change?
It will be you: you and your sisters and brothers. You and your oneness-heart will spread peace throughout the length and breadth of the world.” 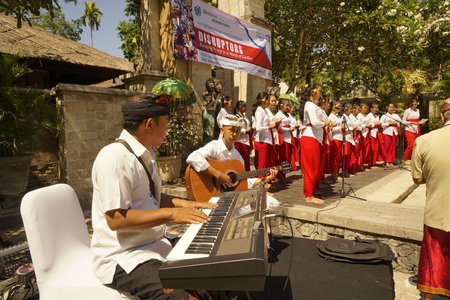 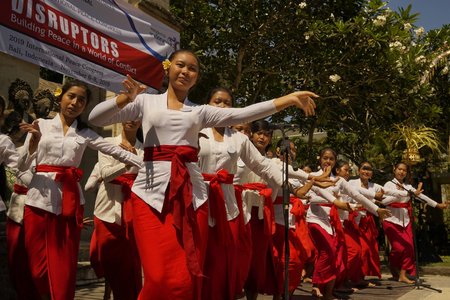 We are very much looking forward to visiting Sunari Loka School on November 16 for the culmination of the Southern Hemisphere Peace Run. 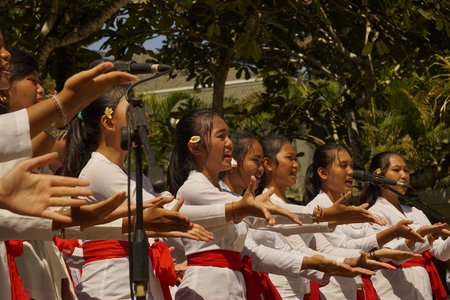 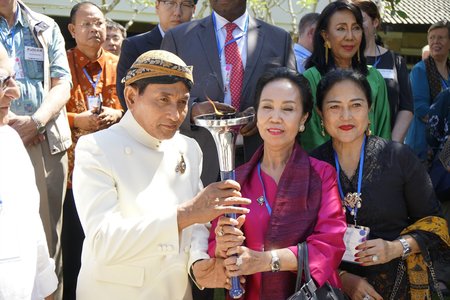 Prince Dipokusma of the Royal House of Surakarta holds the torch. 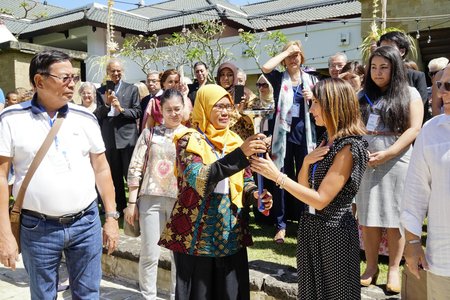 Conference attendees were invited to pass the torch. 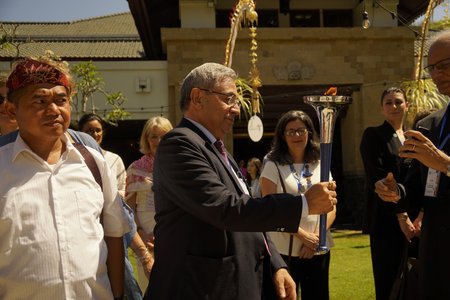 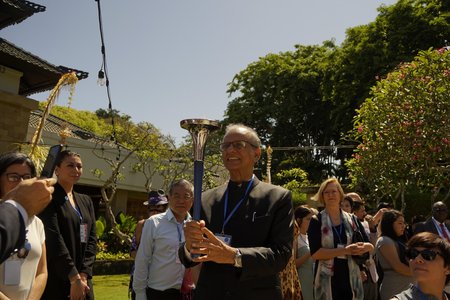 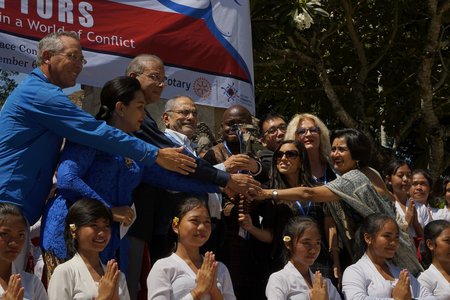 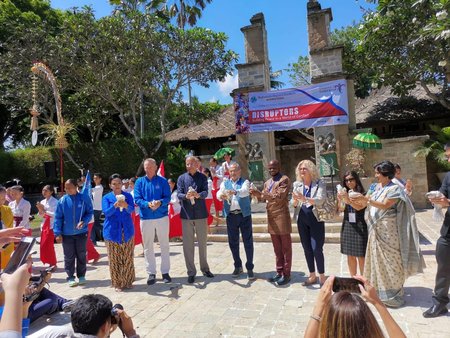 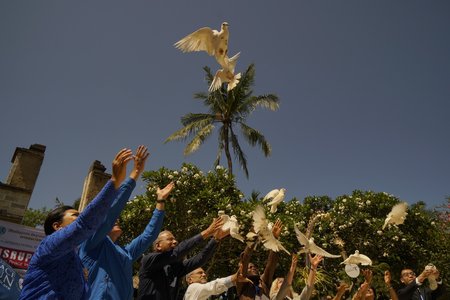 We had dove release. 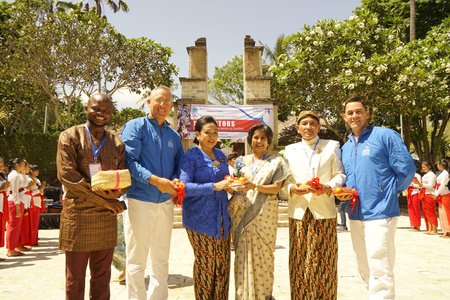 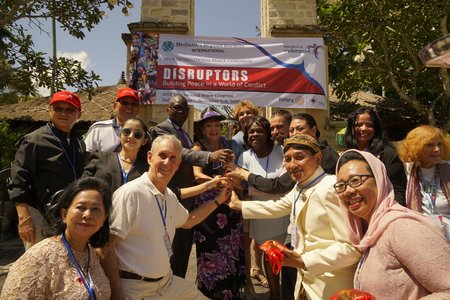 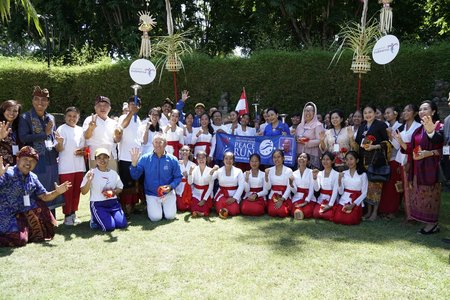 Everyone wanted to get a picture with the Sunari Loka Choir. 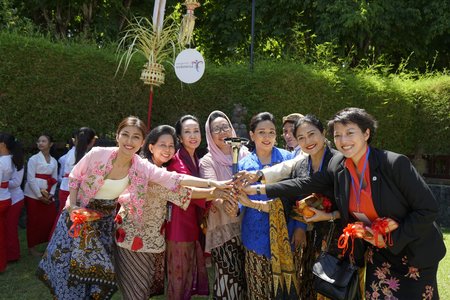 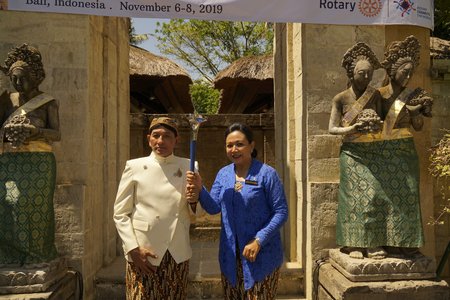 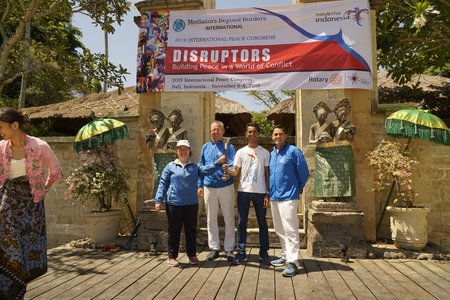 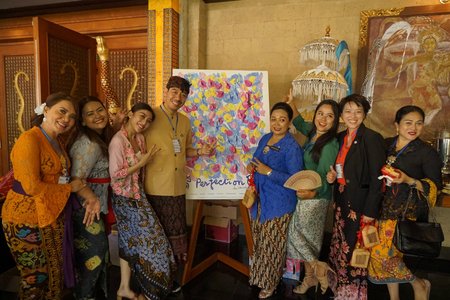 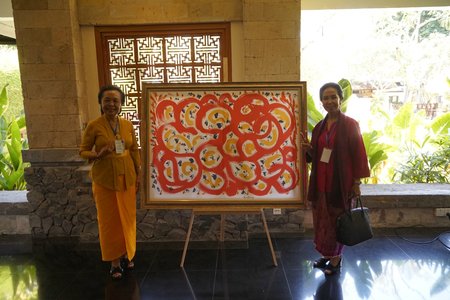 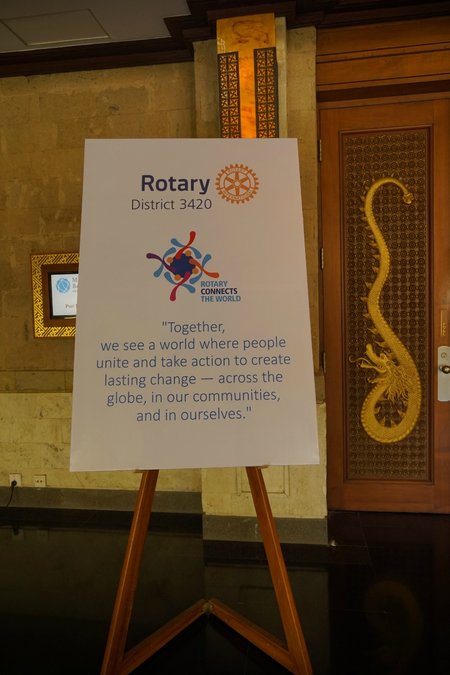 Mediators Beyond Borders International is a remarkable organization and we were honored and delighted to be able to participate in their congress. Their work is not simply important but crucial in helping keep this world in being. Bravo!