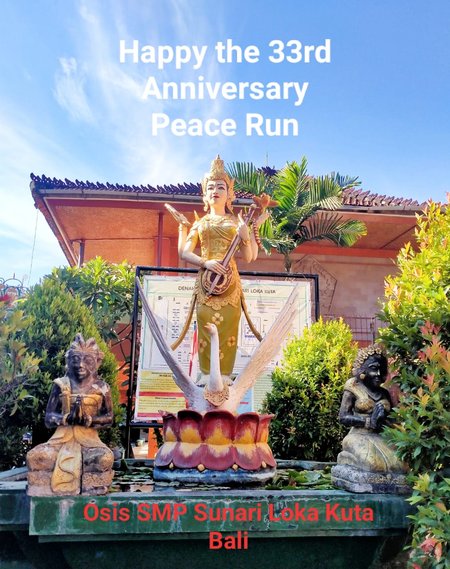 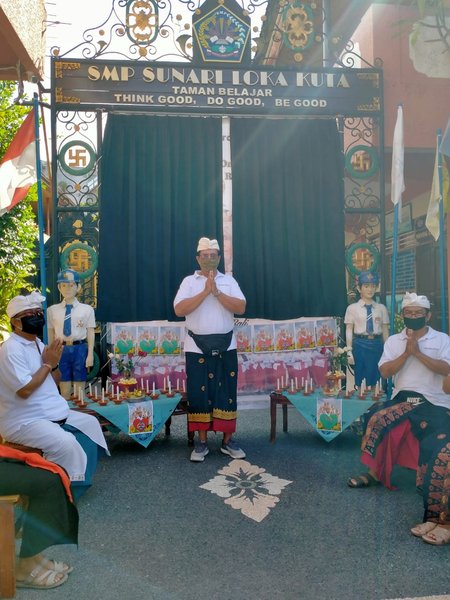 Sunari Loka was the school that hosted the spectacular and deeply moving 2019 Southern Hemishphere Peace Run Grand Finale. The Principal, Bapak I Nengah Cipta, was behind the initiative of having a special parade dedicated to the Peace Run. 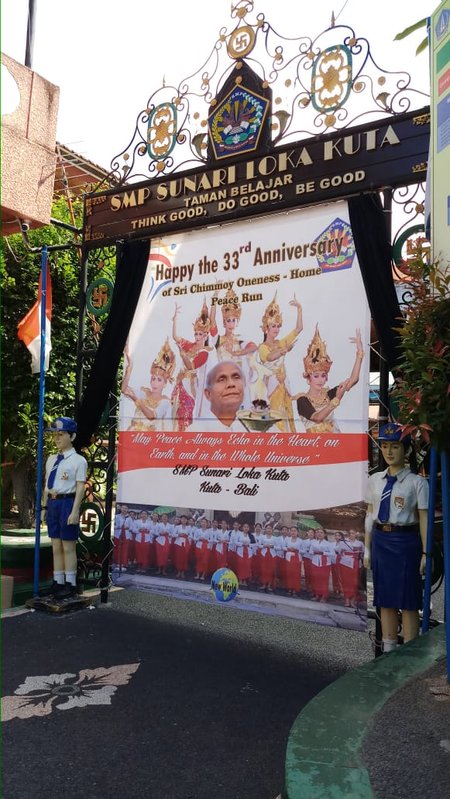 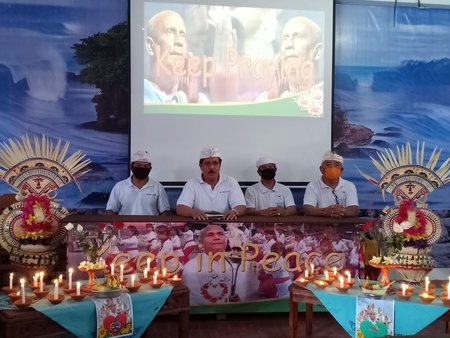 The School Principal, Bapak I Nengah Cipta, said the theme of the video they made in conjunction with the Peace Run Anniversary is, "Stay Healthy, Keep Praying, Keep in Peace, Corona Virus Gone". 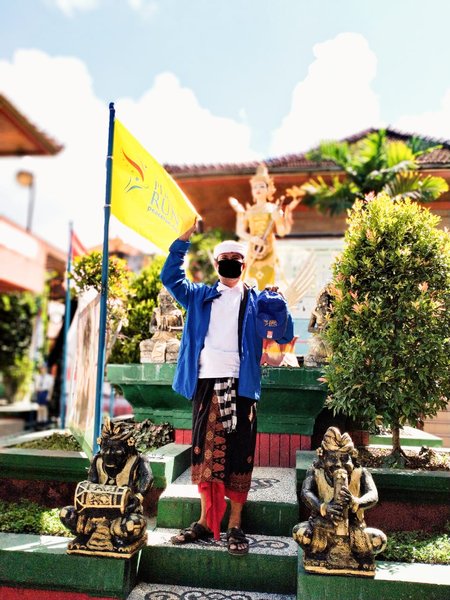 The Vice Principal of Sunlokku, Bapak Made Yudana, holding the Peace Run flag Kanyaka made for the school last year. 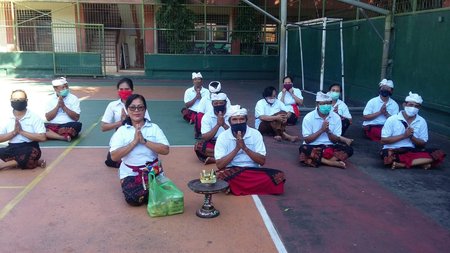 The school teachers praying for peace. 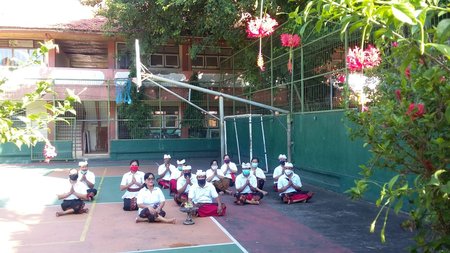 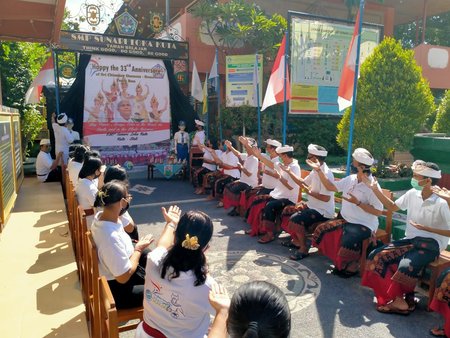 The Principal, together with all the teachers, unveiled a special banner to celebrate the Peace Run's 33rd Anniversary. 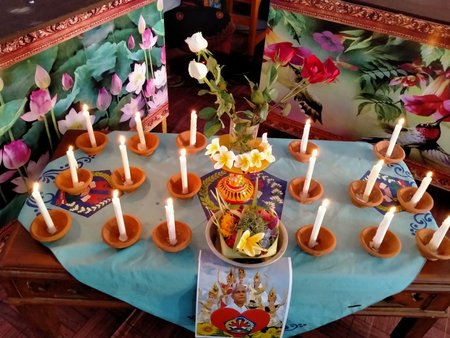 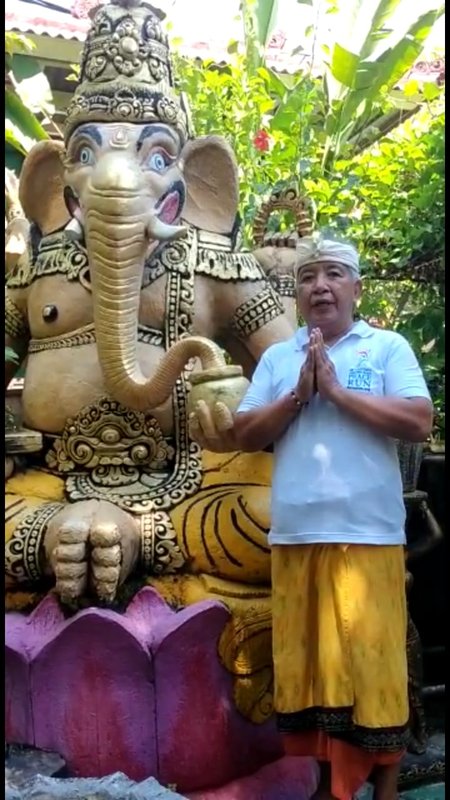 Bapak Musna- the Mathematics teacher who helped to translated Sri Chinmoy's song of 'A New World of Peace' into Balinese last year. He made a special video wishing the Peace Run all the best for the Anniversary. 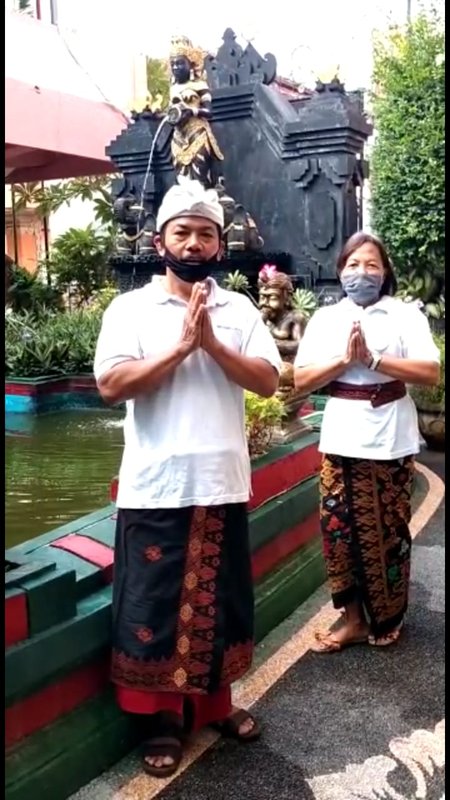 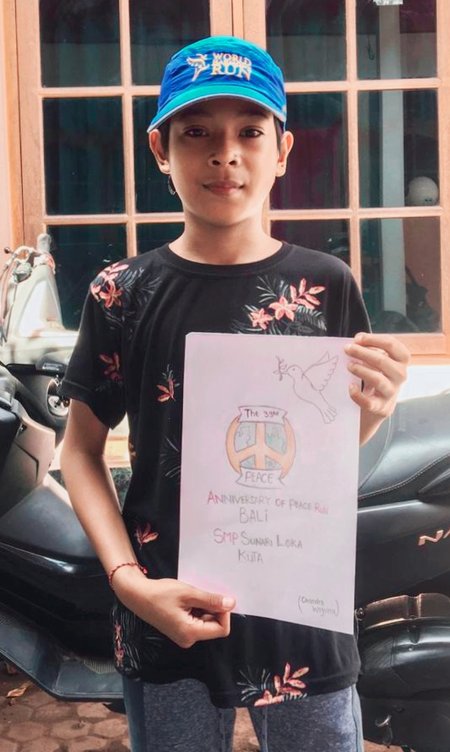 Chandra, the Baris Dancer who performed at the Grand Finale ceremony in November. 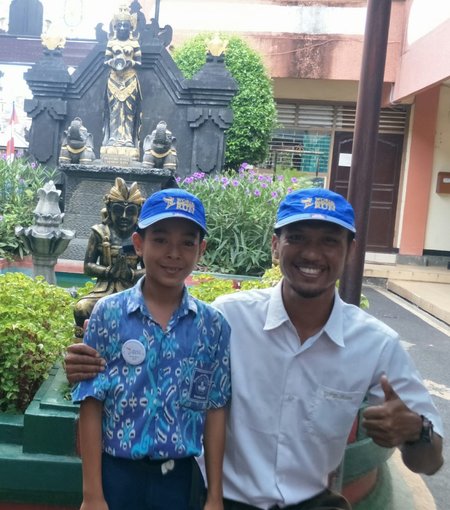 Chandra with Bapak Deni the teacher who also helping to organize students artwork together with Bapak Yudana the vice principal. 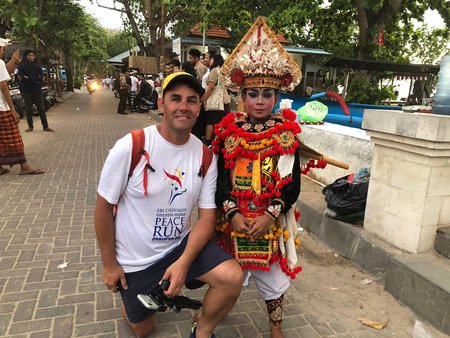 Chandra is a very talented Baris Dancer. Here he is pictured with Homagni, the Peace Run videographer, at the Southern Hemisphere Grand Finale event at Kuta Beach last year. 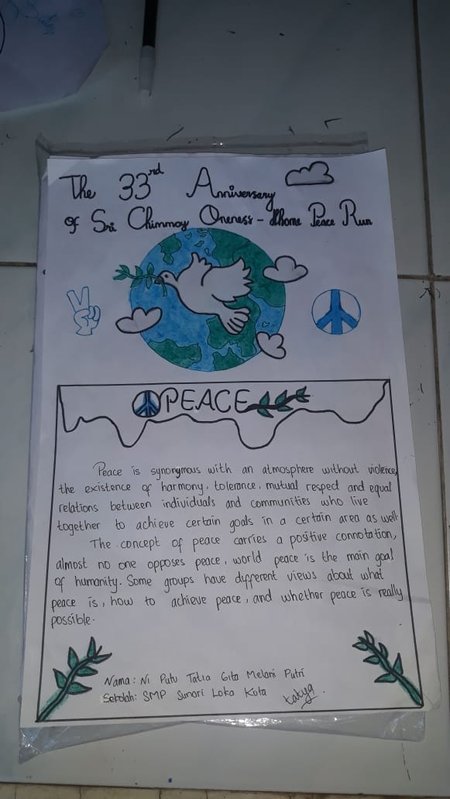 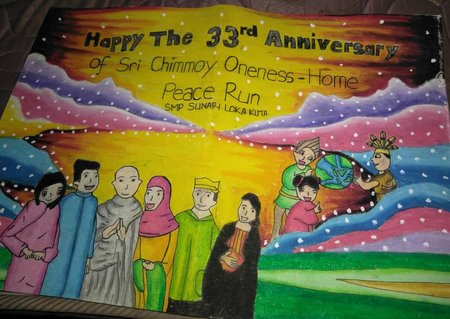 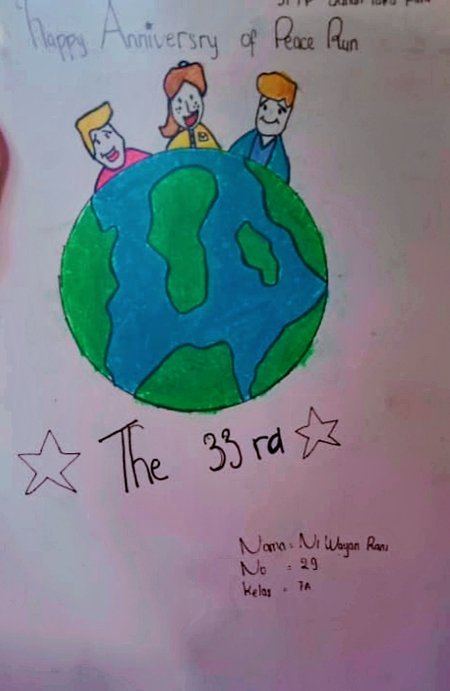 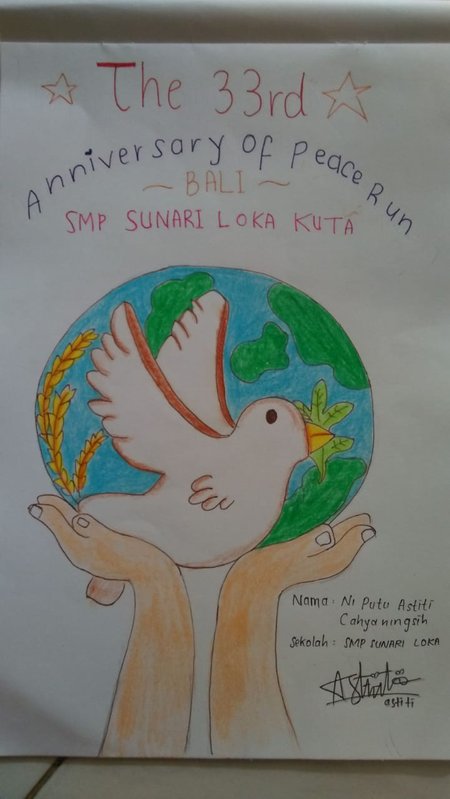 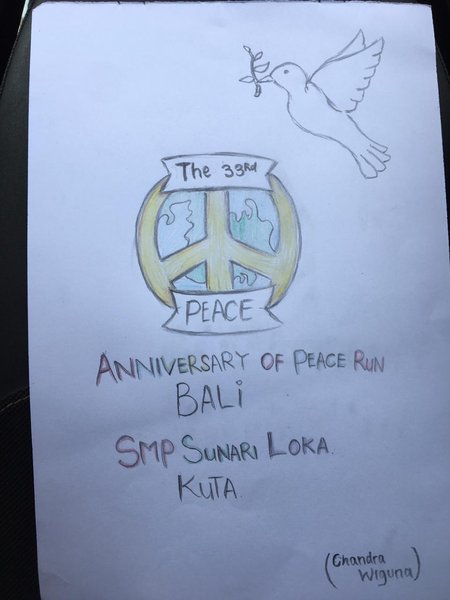 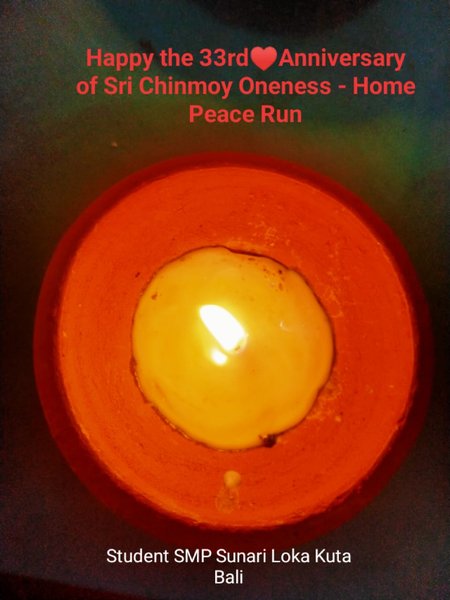 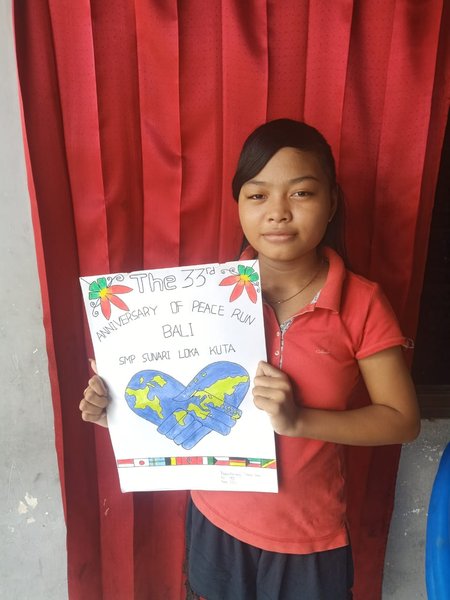 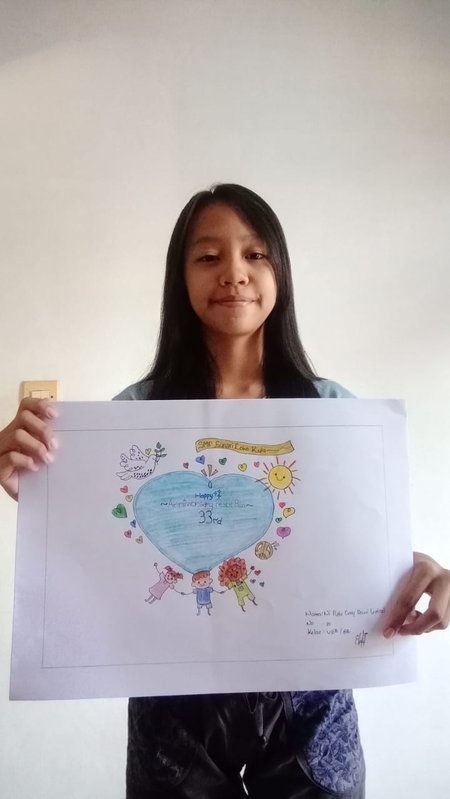 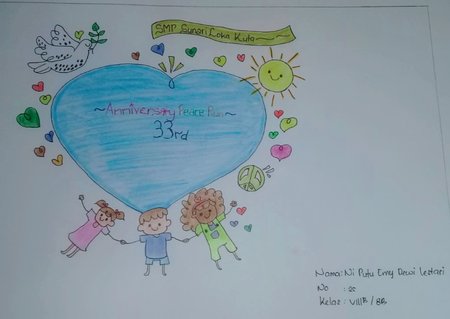 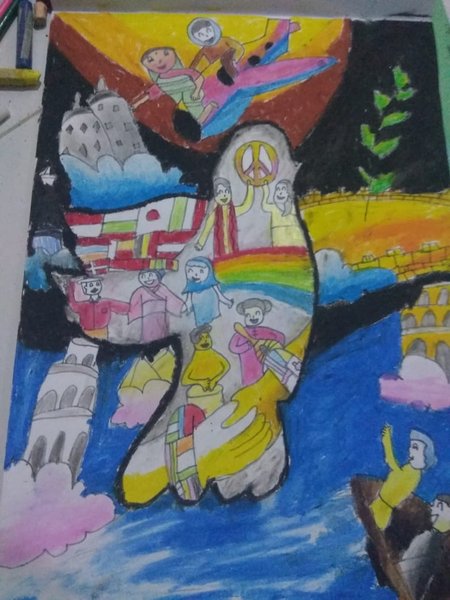 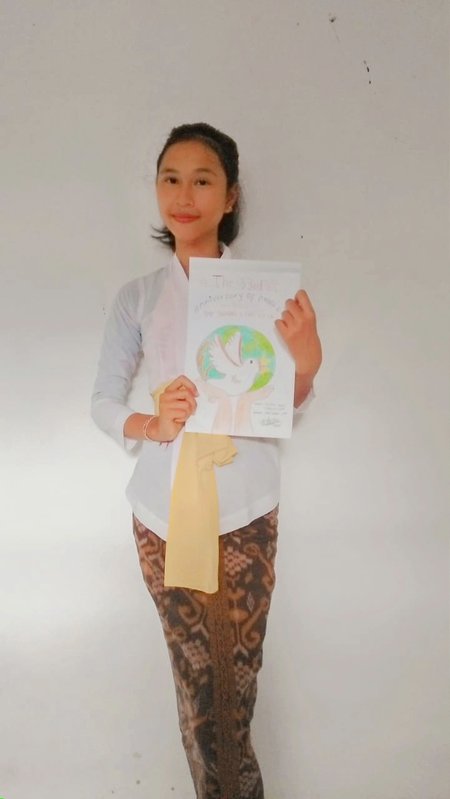 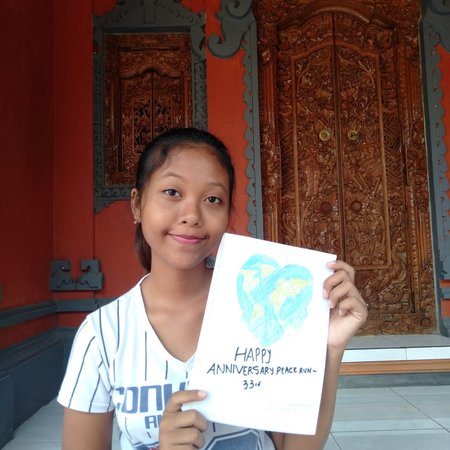 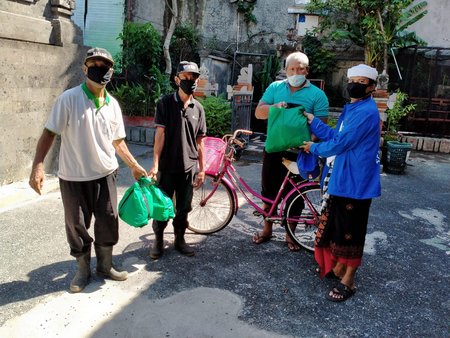 The school even donated food as part of their Peace Run anniversary celebration! 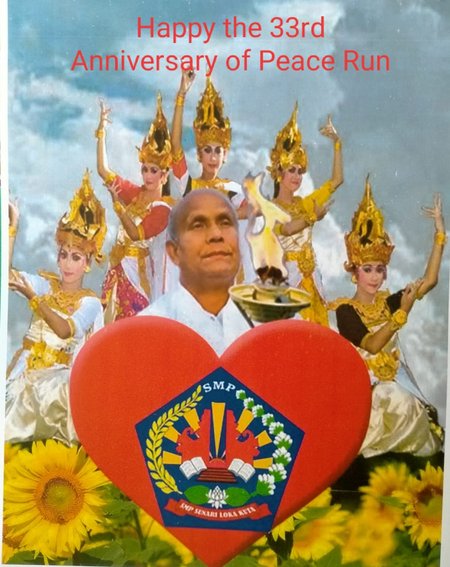 All gratitude to Sunari Loka School for the most creative, extensive, and heart-felt 33rd Peace Run Anniversary celebration anywhere in the world!!!