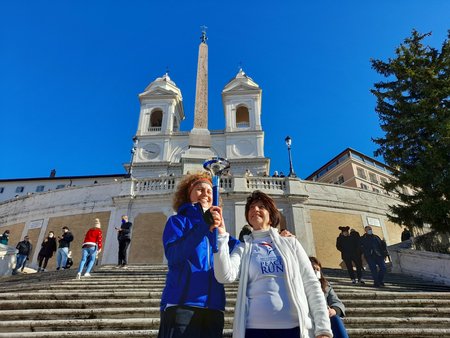 A beautiful blue sky and warm sunshine welcomed the Peace Torch in the inspiring Christmas atmosphere in the "Eternal City".

Federica and Luciana lightned the torch on the iconic stairs of the Piazza di Spagna under the Trinità dei Monti. 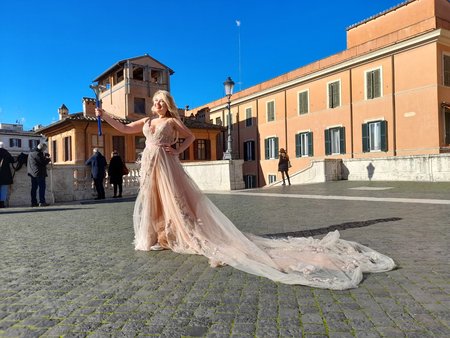 Trinità dei Monti is one of the best spot for photo shooting especially for instagrammers. 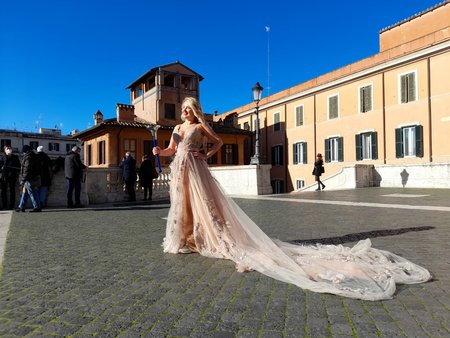 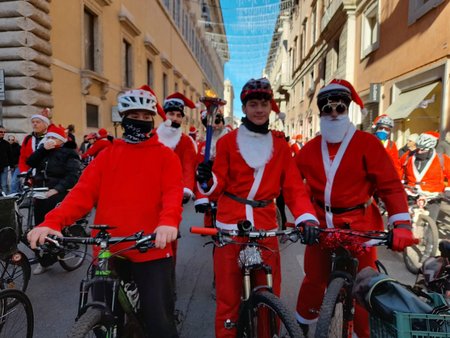 On the way to our destination, we met a huge group of modern Santa Claus. Instead of riding on a sledge pulled by reindeers, they use bicycles. Santa Claus is the greatest Peace testimonial during Christmas time. 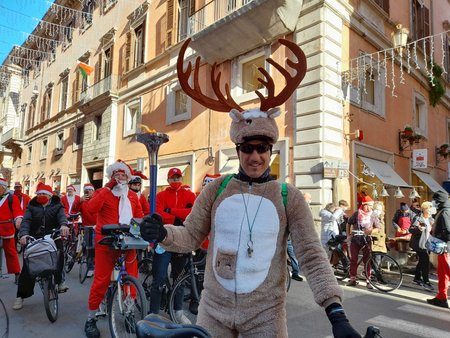 Also reindeers love riding bicycles! And the love Peace too! 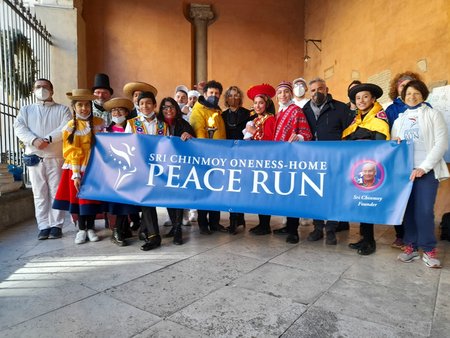 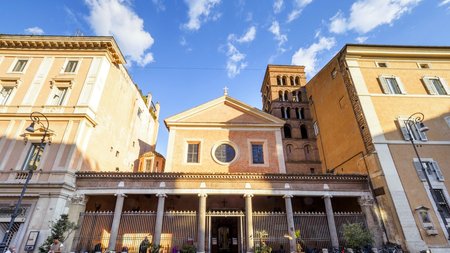 The basilica is dedicated to St. Lawrence of Rome, deacon and martyr. The name "Lucina" derives from that of the Roman matron of the AD 4th century who permitted Christians to erect a church on the site. Pope Marcellus I supposedly hid on the site during the persecutions of Roman Emperor Maxentius, and Pope Damasus I was elected there in AD 366. Pope Sixtus III consecrated a church on the site in 440 AD. The church was denominated the Titulus Lucinae, and is so mentioned in the acts of the synod of AD 499 of Pope Symmachus. The church was first reconstructed by Pope Paschal II in the early 12th century.

The church was consecrated by Pope Celestine III on 26 May 1196. 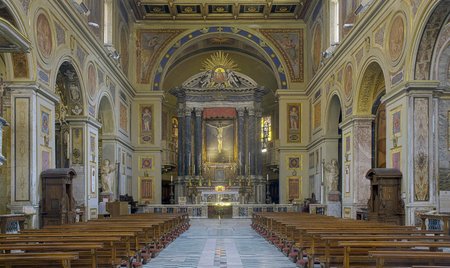 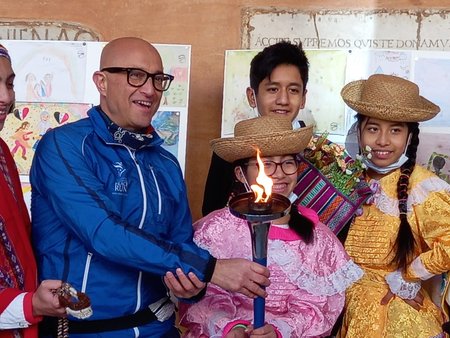 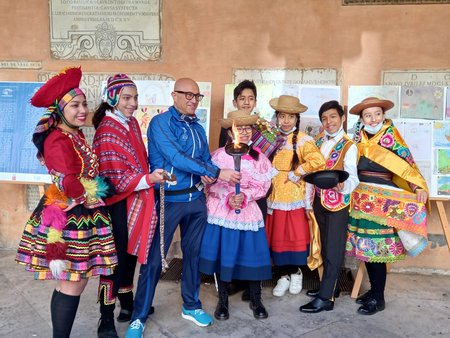 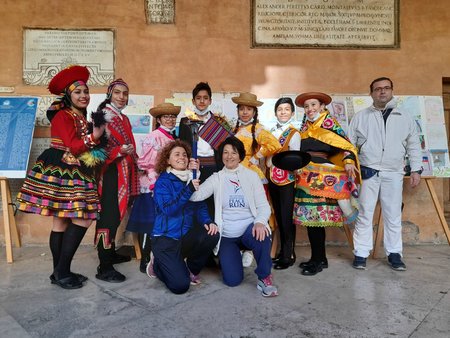 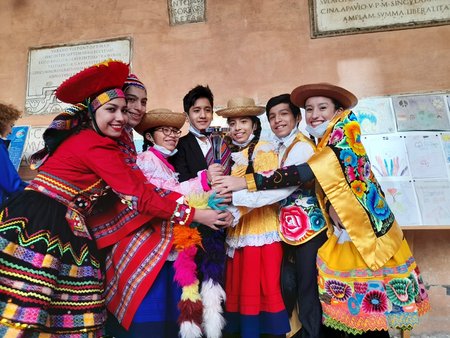 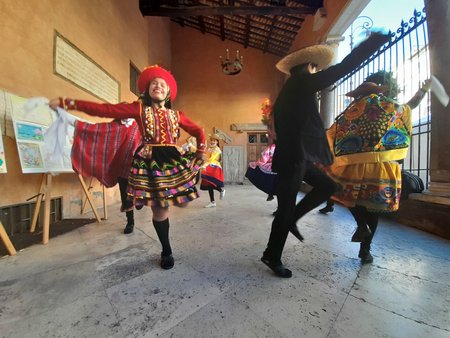 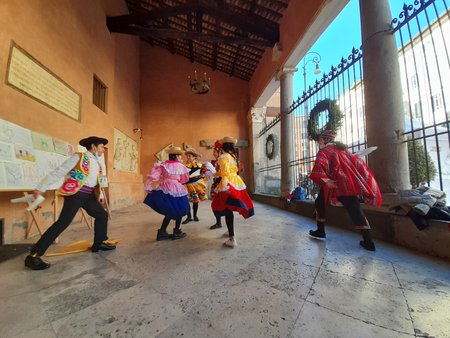 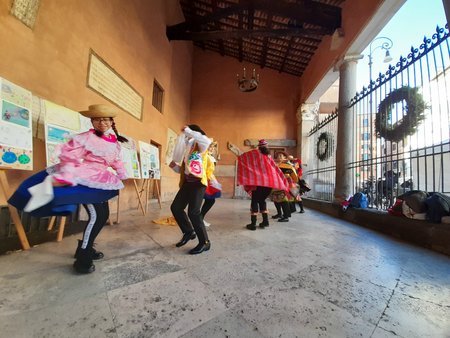 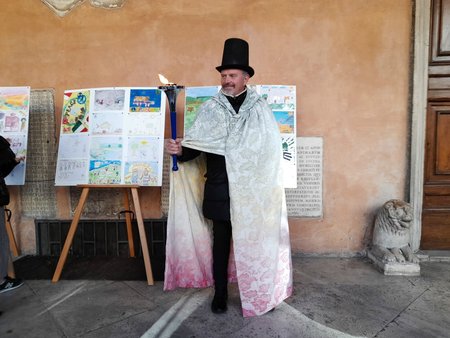 No Christmas could be really magic if a magician is missed... 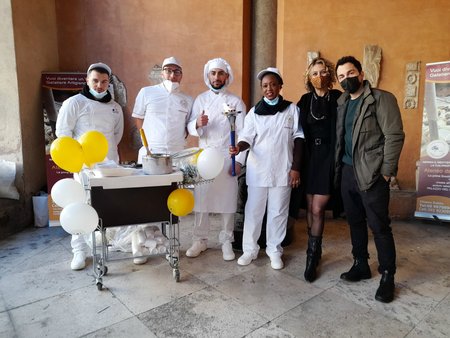 The event was blessed by the presence of the Ateneo del Gelato Italiano, a school where students learn the art of gelato. Free "Peace ice cream" for all the participants! Some of the students of the Ateneo and the founder Cristina Ciferri (second from the right) presidente dell’Accademia Nazionale Professioni Alberghiere (ANPA). 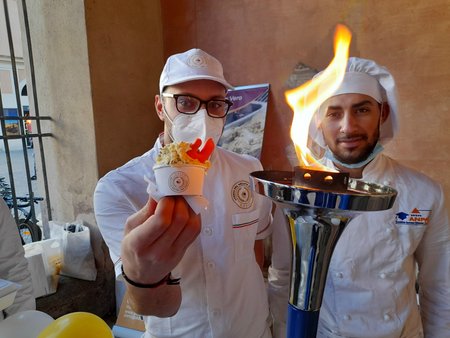 Peace ice and peace flame, what a taostic combination! 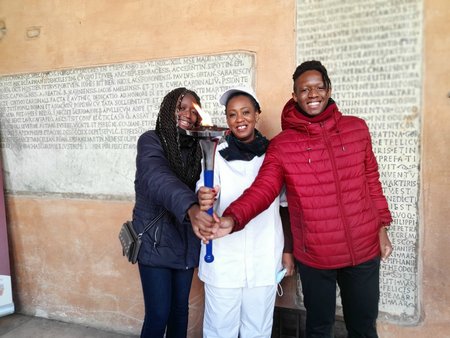 Sun and smiles in San Diego!…

From Slovakia to Czech Republic…
Zo Slovenska do Čiech…