Meeting the President of Malta 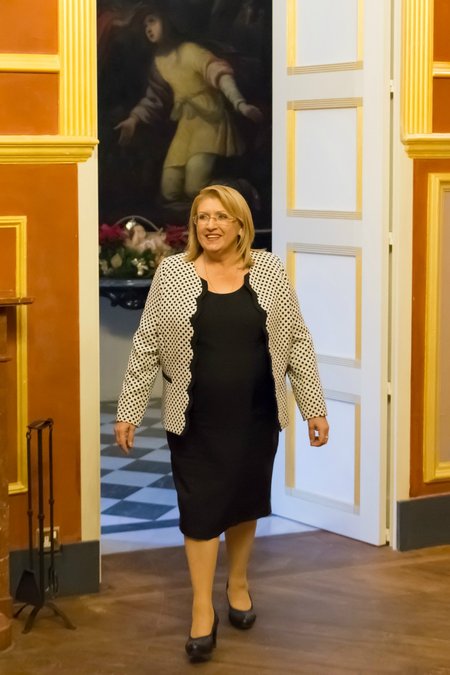 This afternoon we were deeply honoured and grateful to meet the President of Malta, Her Excellency Mme Coleiro Preca at the presidential residence, San Antone Palace, in Attard, Malta. 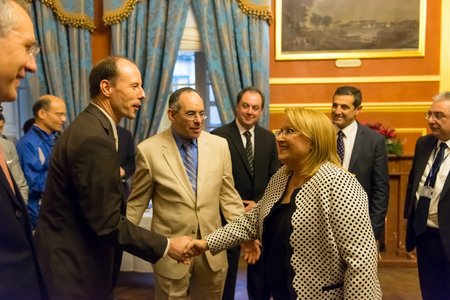 Our director for the Peace Run in Malta, Marc Voelckner, was delighted to meet Madame President. 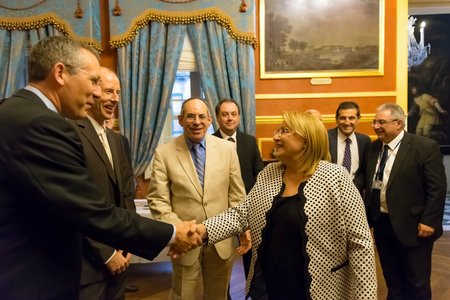 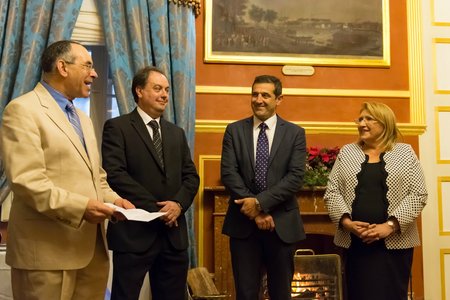 Dr. Agraha opened the program by sharing with us inspiring aspects of Madame President's remarkable service to her country as well as sharing the inspiration of Sri Chinmoy and his untiring life of service to the world family. 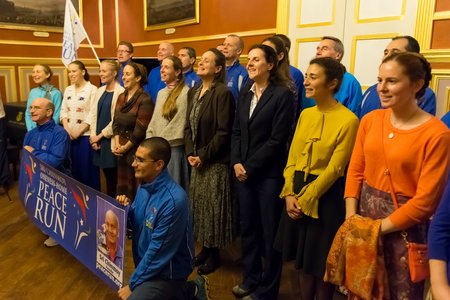 Our choir was on hand to perform a number of songs Sri Chinmoy composed for the nation of Malta. 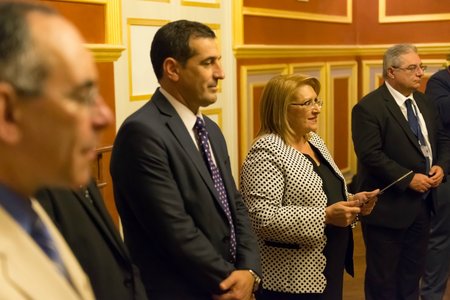 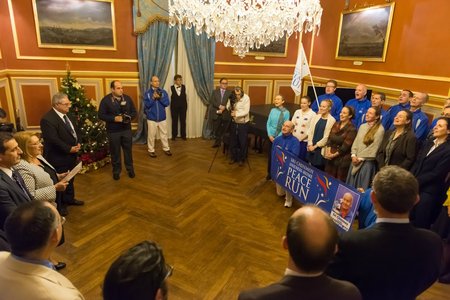 The words to the song are:
"Malta, O Superpowers’ fondness-nest,
You bring to the fore every nation’s very best.
In you, the world faiths have found their oneness-choice;
In a smallness-body, earth-illumination-voice." 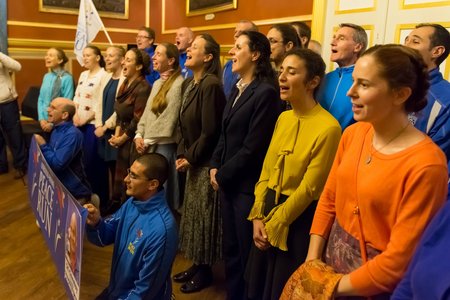 Sri Chinmoy composed a second song for Malta inspired by the motto of the Malta Tourism Office, the lyrics are:
“Malta, where the sun shines from the heart.
Malta, divinity’s perfection-start!" 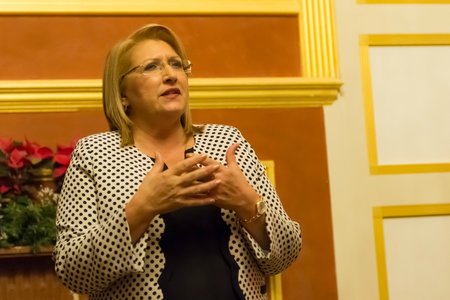 Madame President expressed her deep empathy for the values Sri Chinmoy gave life to through the Peace Run, commenting: "We are very much commited to promoting peace, bringing about intercultural dialogue and interfaith dialogue. We are all part of humankind, and we all deserve respect and tolerance so that we can achieve peace for all peoples." 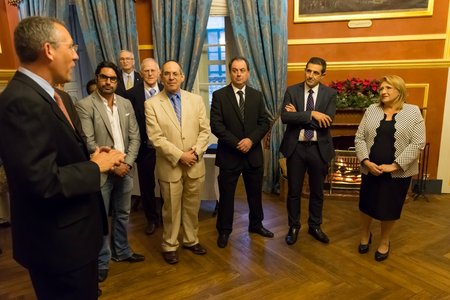 Salil spoke about the Peace Run and our upcoming year during which we will be visiting more than 100 countries. 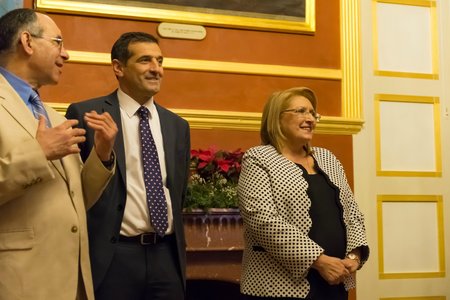 Also present was Honourable Chris Agius MP (left). He is a dear friend who has been helping us enormously. Serving as Parliamentary Secretary for Research, Innovation, Youth and Sport, his enthusiasm for fostering fitness and health greatly inspires us. 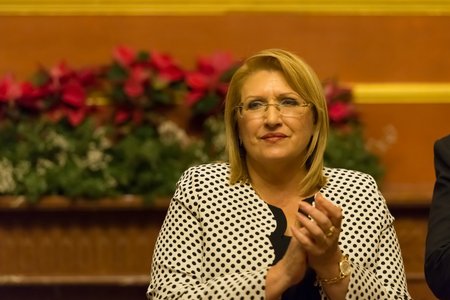 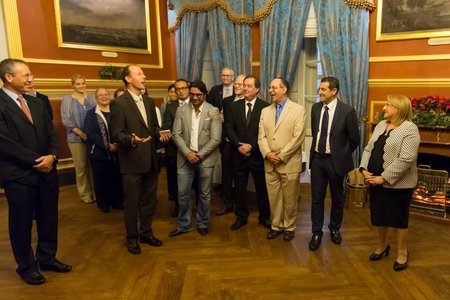 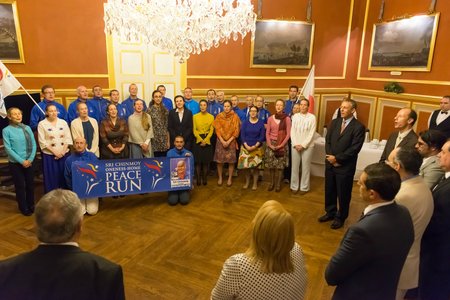 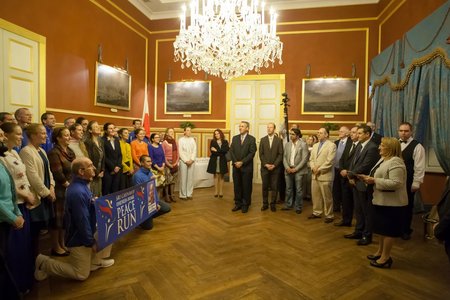 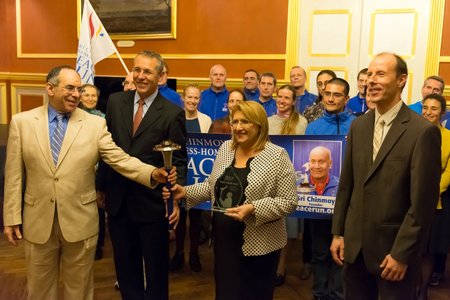 We were deeply honoured to present Madame President with our inaugural Presidential Torch-Bearer Award for her unstinting service to the nation of Malta. She has founded numerous initiatives all with a common theme of serving and enhancing the social wellbeing of the most vulnerable in society. 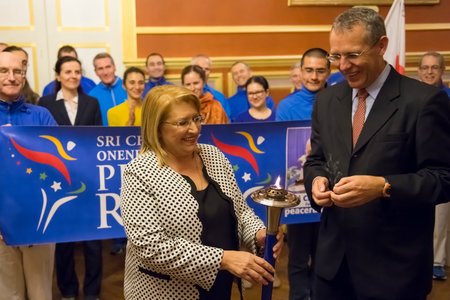 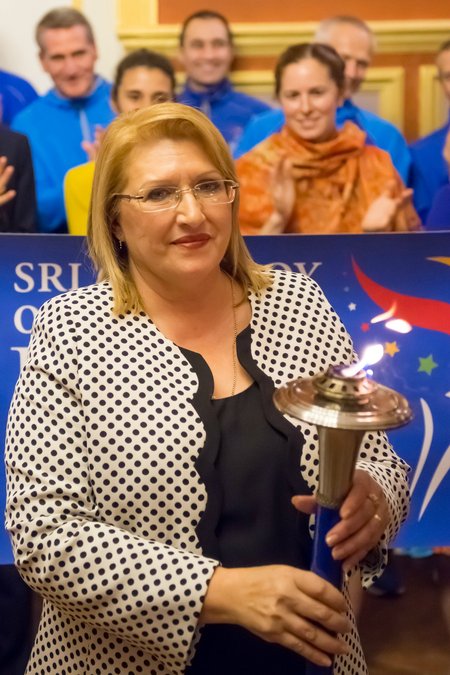 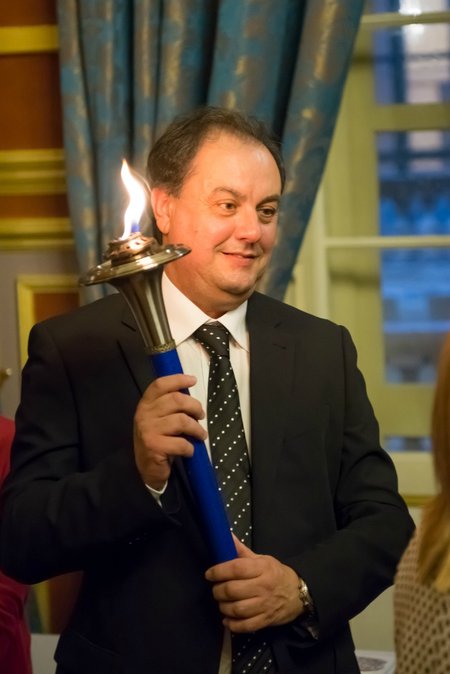 Our dear friend Mr. Victor Rutter, President of the UNESCO Club in Malta, has dedicated his life to serving in numerous public capacities, including 19 years as councillor of Gzira, and was also present to offer his support. 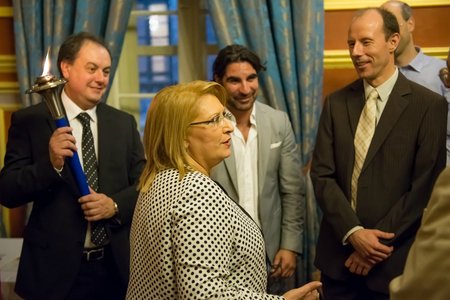 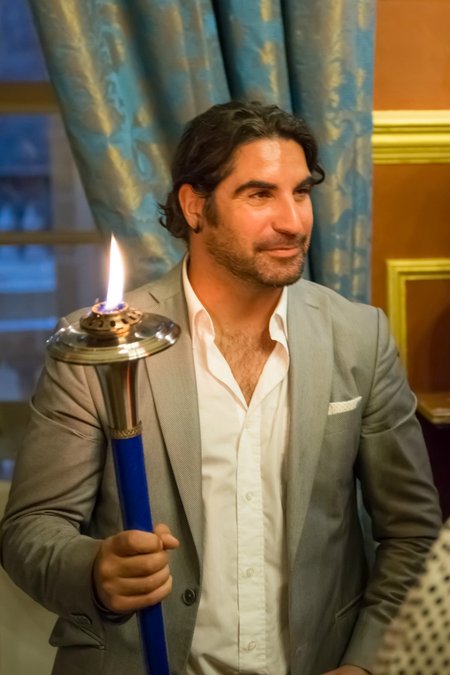 Mr. Xandru Grech, who has been a huge supporter of the Peace Run since 2008 shared his indomitable spirit for life. 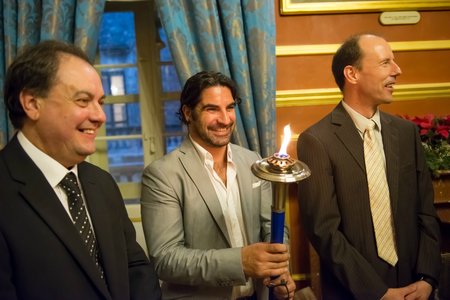 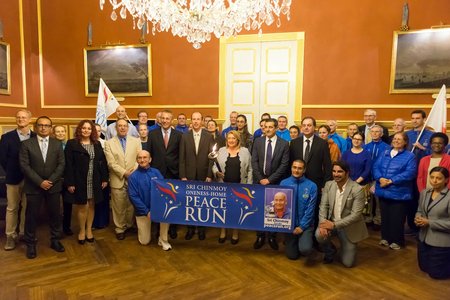 Madame President graces our Peace Run team by holding the Peace Torch with all of us. 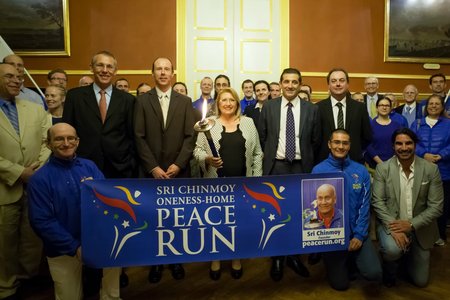 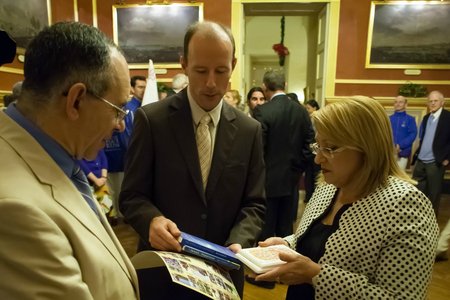 Agraha and Marc presented Madame President with gifts including paintings and writings from Sri Chinmoy. 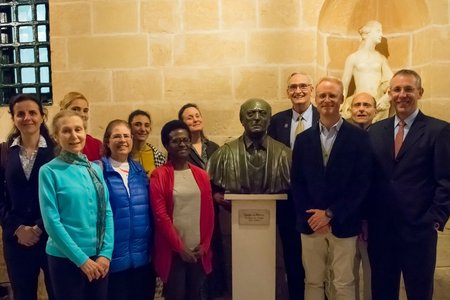 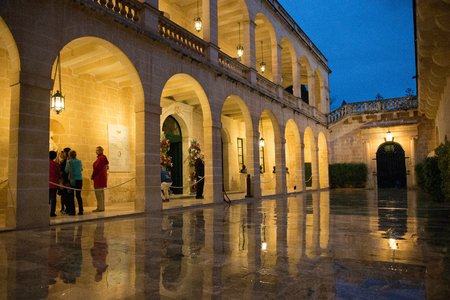 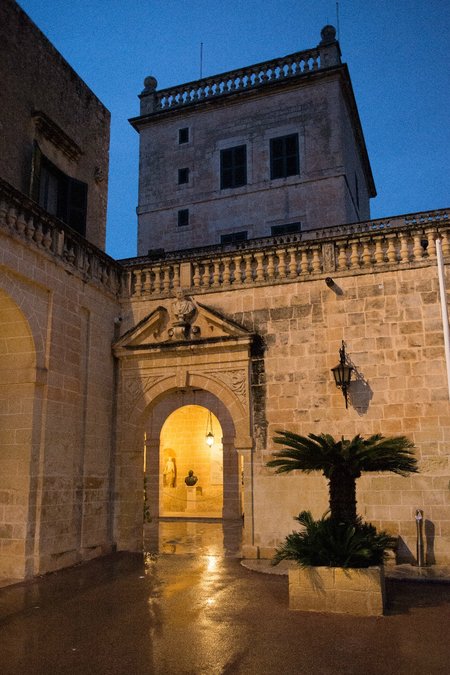 Running for Peace in Sliema!…

Dedicating a statue of Sri Chinmoy…

Visiting the Island of Gozo…