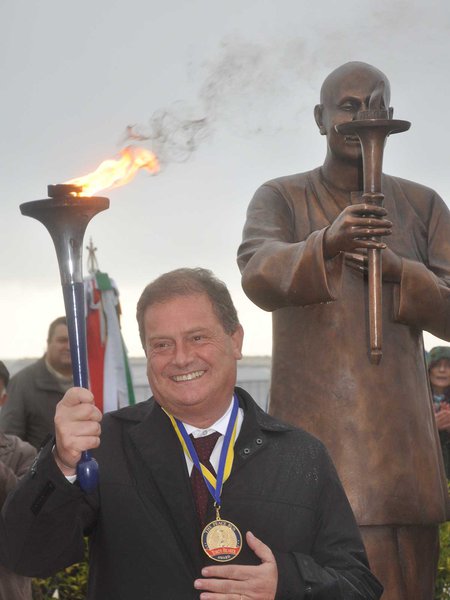 The Honorable João Ataíde, Mayor of Figueira da Foz welcomed our international team of runners for the inauguration of the statue of Peace Run founder Sri Chinmoy. 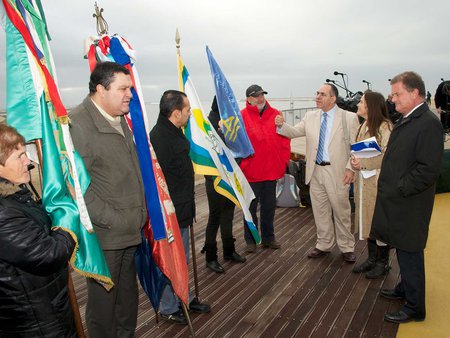 Mayor Ataíde had invited many cultural organizations of the city to participate and serve as representatives. They were focussed on art, sport, music and many other initiatives. 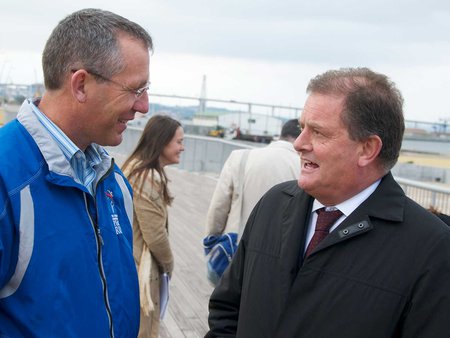 Mayor Ataíde shares with Salil his pride in his community. Figueira Da Foz has a rich history with the Peace Run and World Harmony Run having provided unparalleled participation in previous years. You can see our experiences here: 2011 and 2012 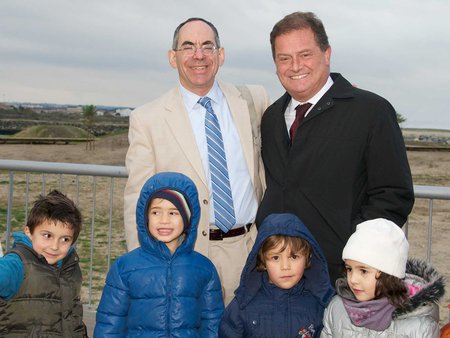 Mayor Ataíde and Dr. Agraha with some of the younger citizens. 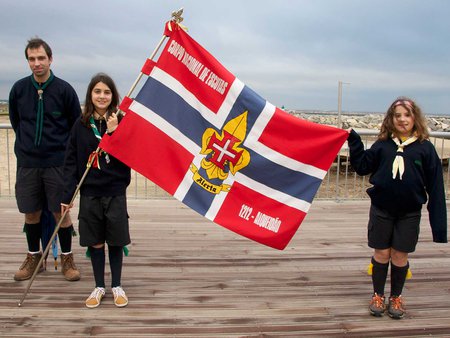 Here are representives from a nearby Scouting group. 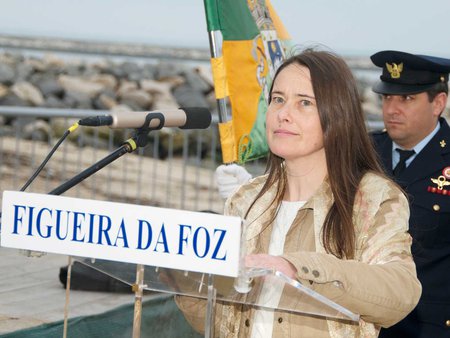 Florbella Paiva, our local coordinator, spent most of her summers as a young girl enjoying the beauty of Figueira Da Foz and more recently has been responsible for cultivating our relationship with this remarkable seaside city. 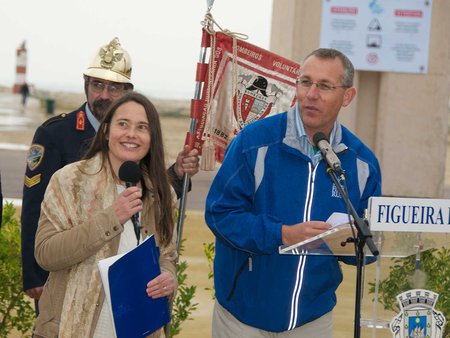 Salil introduced the runners who converged on the site from the different parts of the city. 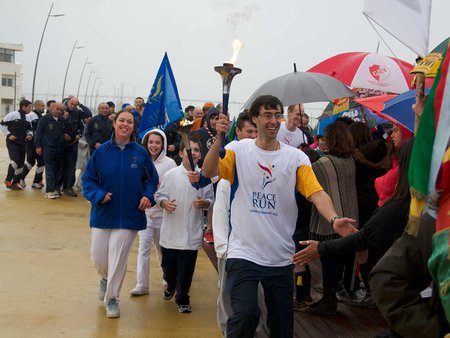 The runners from over 20 countries arrived. 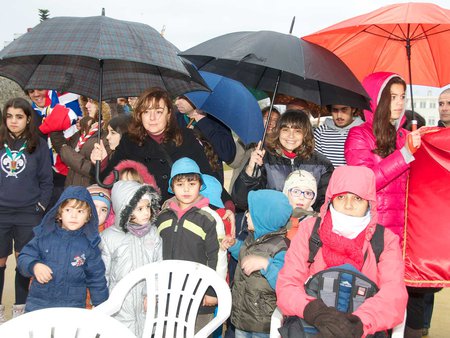 And so did the rain. 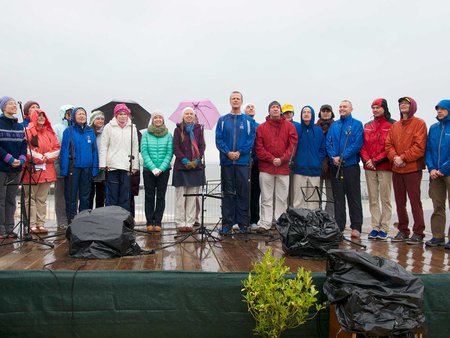 Our international choir braved the rain and performed the Peace Run song. 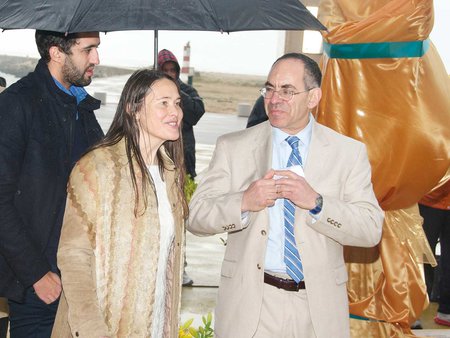 Dr. Agraha invited Mayor Ataíde to unveil the statue. He also shared about Sri Chinmoy's tireless work for peace as well as mentioning the celebration of the 50 year anniversary since Sri Chinmoy first came to the west. 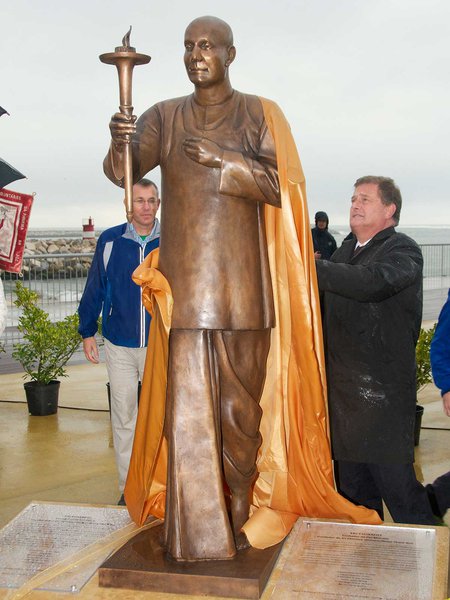 Mayor Ataíde unveils the statue which the Peace Run was honored to present as a gift to the people of Figueira Da Foz. 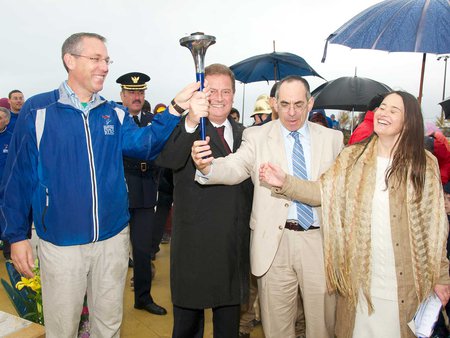 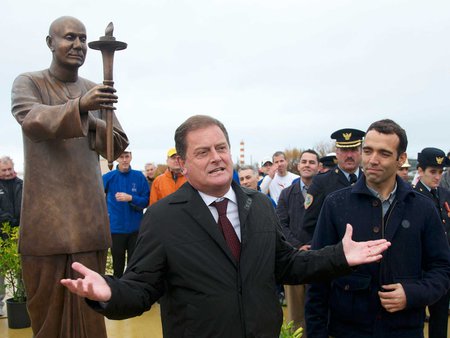 Mayor Ataíde said "Peace is not only the lack of war. The peace embodied in this statue is the peace of harmony, the inner peace. This is the message of Sri Chinmoy. Through the pose of this statue—with Sri Chinmoy’s hand on his heart and passing the Peace Torch like this—he is spreading the peace to others. In a world where peace is sorely lacking, it a great honour for us to have this statue here, which will now be a place of reflections for all the citizens of Figueiera in the spirit of communion in peace.

Sri Chinmoy was a man who dedicated his entire life to the cause of peace. He served the United Nations for 37 years related to programmes whose goals were to spread the message of peace.
He found in running one of the best ways to foster peace. 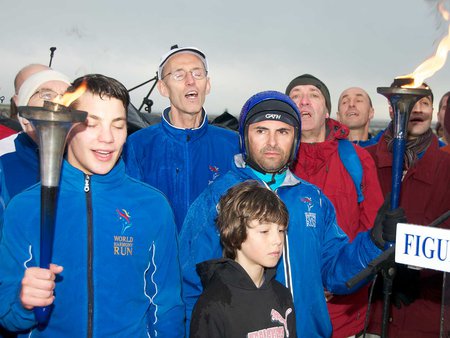 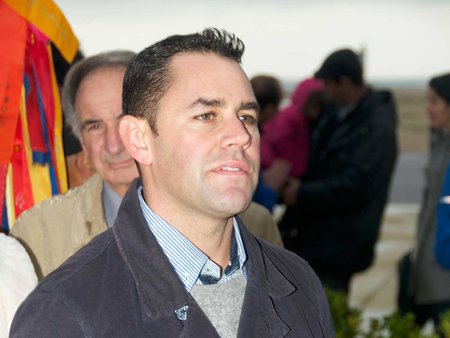 Homagni Baptista then read a message from Ms. Ranjana Ghose, Director of The Jharna Kala Art Foundation which said in part, "In this Christmas season, we have come here from all parts of the world to be together. In reciprocation of your hospitality, what more appropriate gift could we offer to our brother and sister citizens of Figueira da Foz, and in turn, Portugal, than an artwork which symbolizes humanity's hope for peace and the eternal search for light." 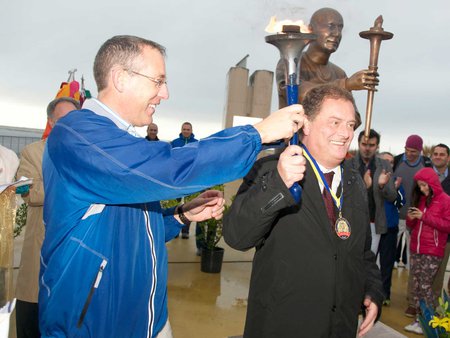 On behalf of the Sri Chinmoy Oneness-Home Peace Run Salil presented Mayor Ataíde with our Torch-Bearer Award in recognition for his remarkable work for the City of Figueira Da Foz as well as his lifetime of public service. 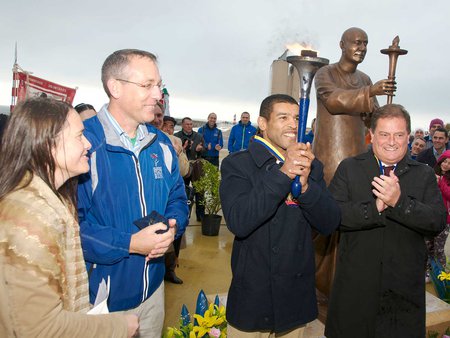 We also had the opportunity to present the Torch-Bearer Award to Jorge Pina for his inspiring sporting achievements in the face of enormous challenges. 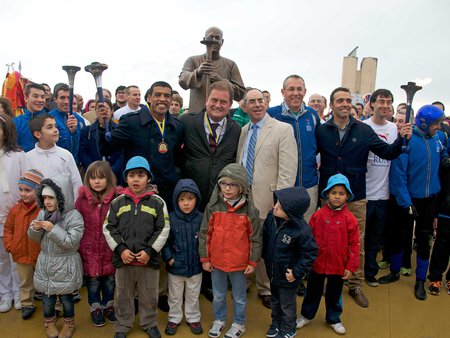 A group photo with everyone. 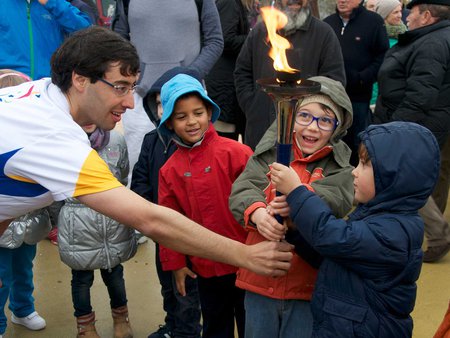 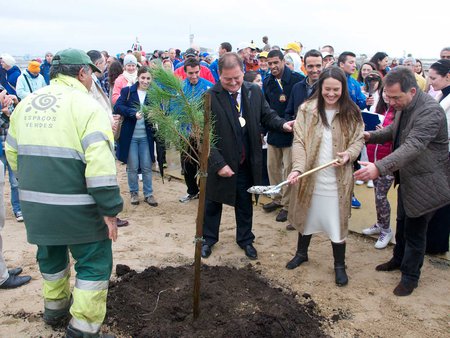 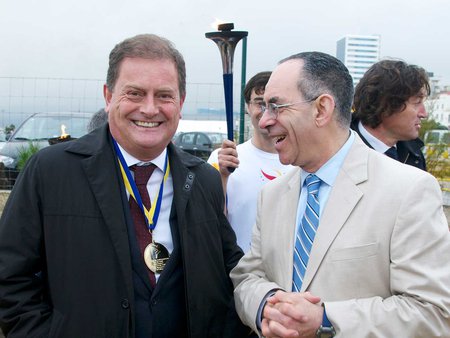 Mayor Ataíde and Dr. Agraha share some smiles at the conclusion of the event. 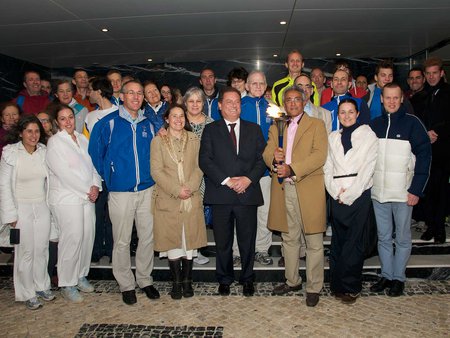 We retired to the Sweet Atlantic Hotel for a reception and also in thanks to the hotel who had very kindly hosted a number of us the previous night in beautiful spacious rooms. 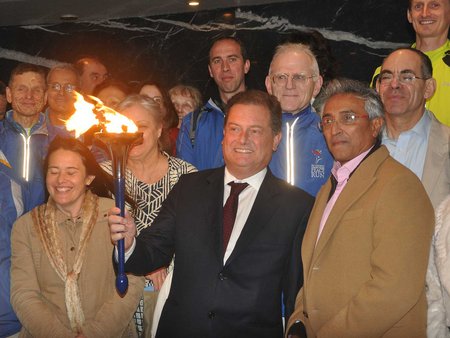 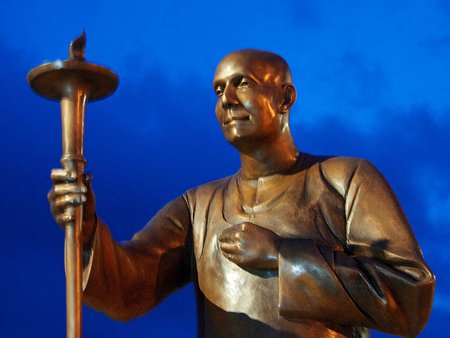 The statue in the evening light.