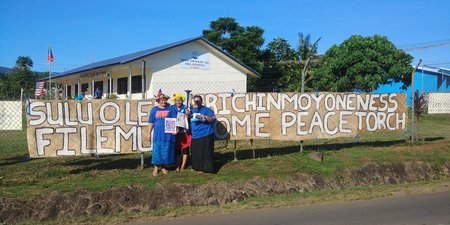 The Peace Run was greeted with a large welcome sign on the fence of Vaivase Pre-school. 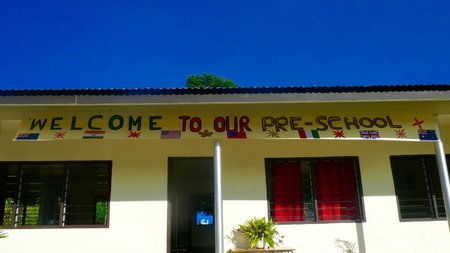 Members of the pre-school had seen an article about the Peace Run yesterday and called our local host Suia asking if we could visit them before we board our flight to Tongatapu. They then spent the whole day yesterday preparing for the Peace Torch arrival by making this welcome banner with the country flags of each the team members and the founder of the Peace Run – Sri Chinmoy. 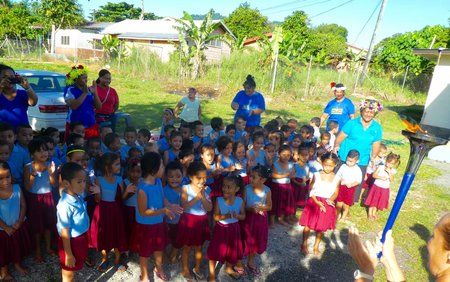 The small children were shepherded outside to the shade of a tree where after the team did a brief introduction, the teachers launched into song with the children gleefully singing. The English songs were familiar, the Samoan songs were as if these 3 and 4 year olds were in training for the powerful chants we heard yesterday. 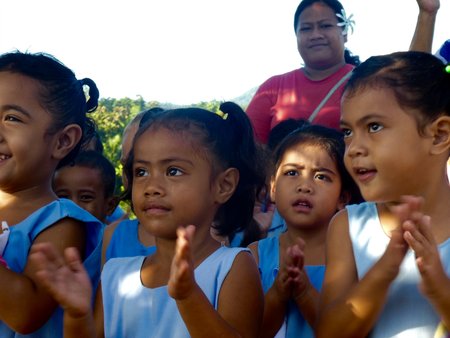 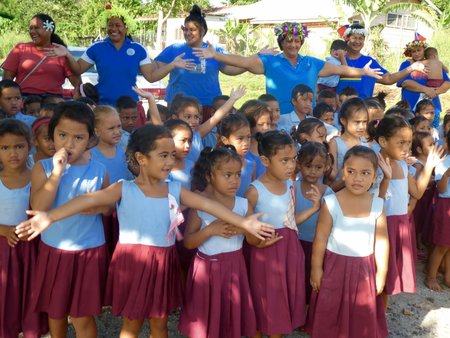 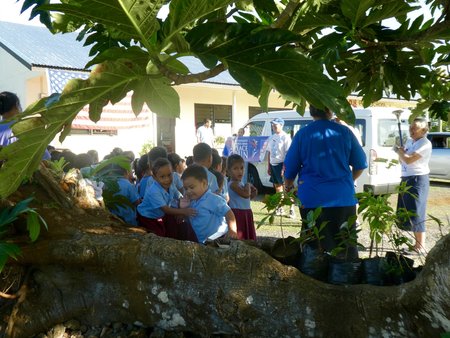 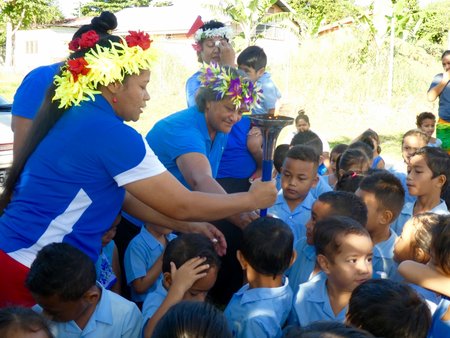 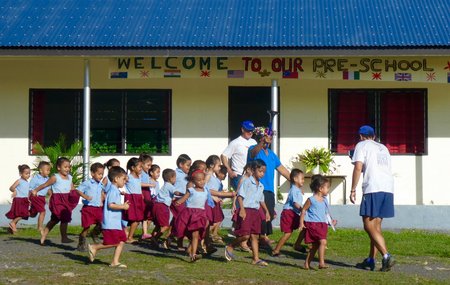 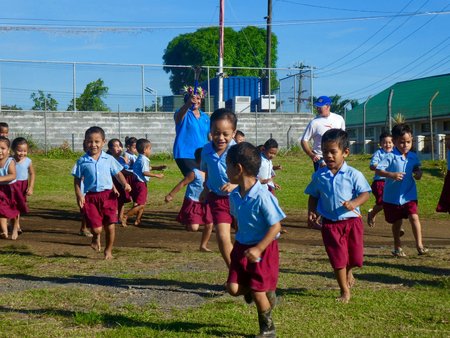 The teachers were all very inspired to run with the torch, lead by Magalelei Kalpeope. 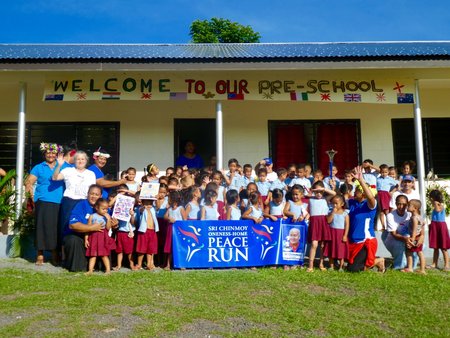 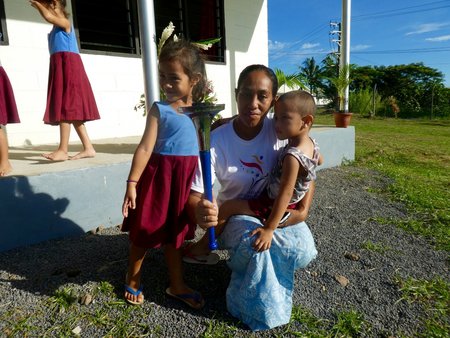 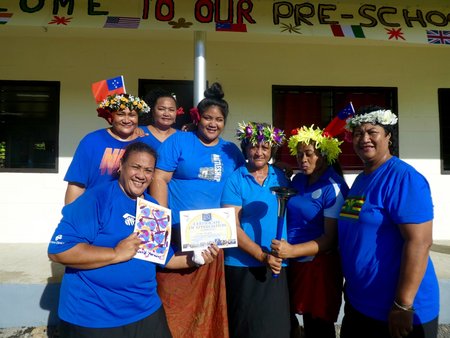 This finale of the Samoan spontaneous joy was a glorious way to conclude the Peace Run in Samoa. 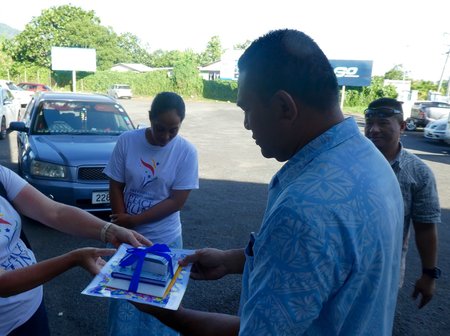 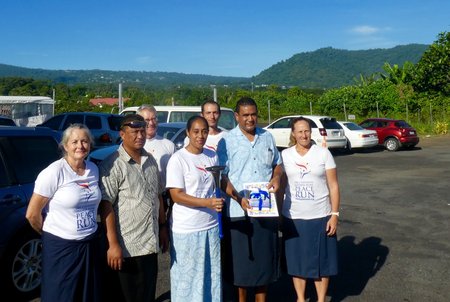 And so the team a little sadly farewelled our Samoan hosts at the small airport, leaving them to their huge tasks as department responsible for organising the Pacific Games in June. 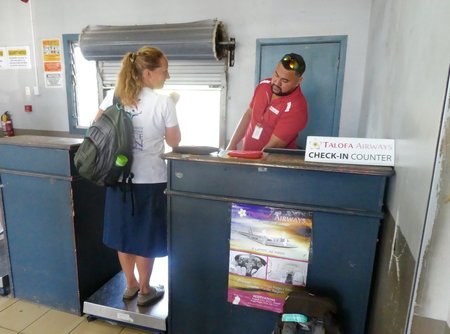 Each of us had to be weighed with our carry-on so they knew where to put us on the plane. 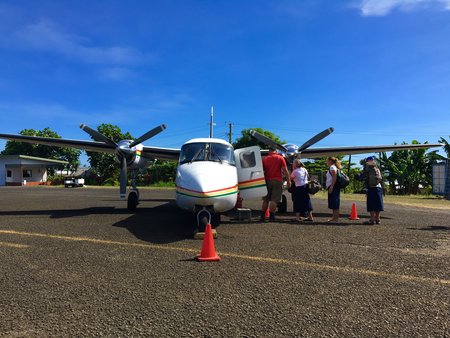 So, less than 48 hours since the Peace Torch touched down in the beautiful heartfelt country of Samoa it was time to continue its journey around the globe. We were aware the aircraft flying the team to Tonga was small but it felt as if we were on a scenic flight, except we arrived in a different country – a seven seater must be the smallest of international aircraft.

A day of coconuts and garlands…