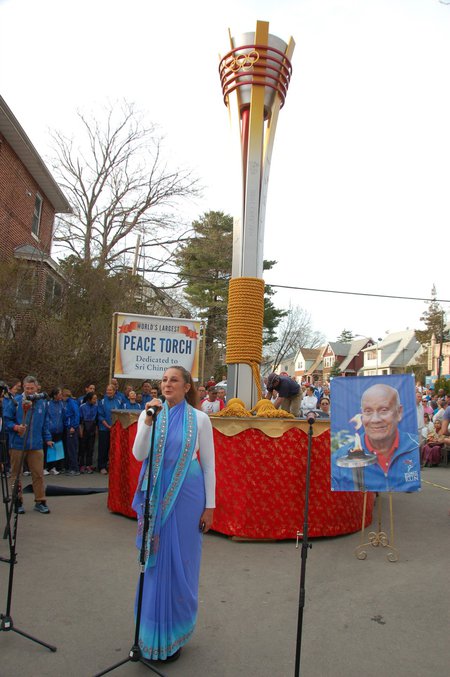 Ms Ranjana Ghose, the Director of the Jharna Kala Art Foundation which is dedicated exclusively to the artistic works of Sri Chinmoy, welcomed everyone to Aspiration Ground. Ranjana mentioned Sri Chinmoy's love of sports and in particularly the Olympics as well as the symbolism of the torch and the illumination it represents. 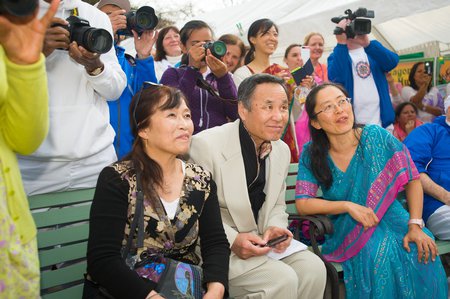 Mr. Akio Haruhara, torch designer for the Nagano 1998 Winter Olympics, who made the original upon which the giant replica was based. 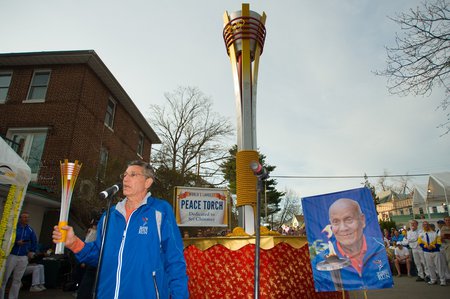 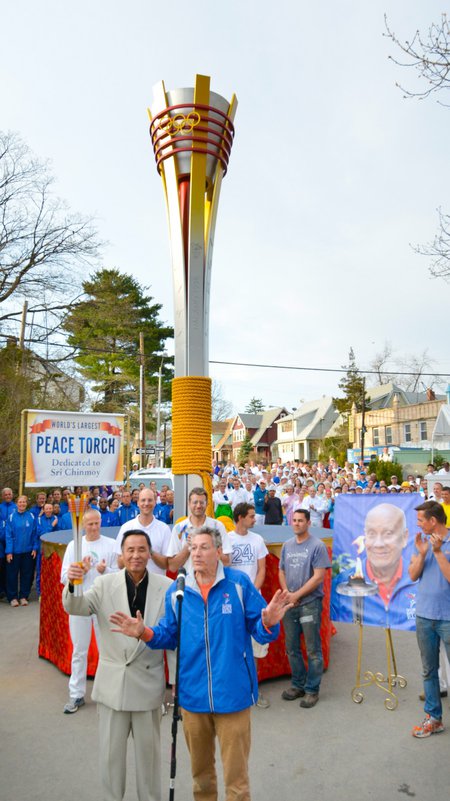 Ashrita explained the mega torch is an 11 times bigger replica of the Olympic torch used in the 1998 Winter Olympic games to carry the flame from Athens to Nagano in Japan and weighs 1200 kg. This torch was chosen from all the torches because Ashrita felt it was the most beautiful. 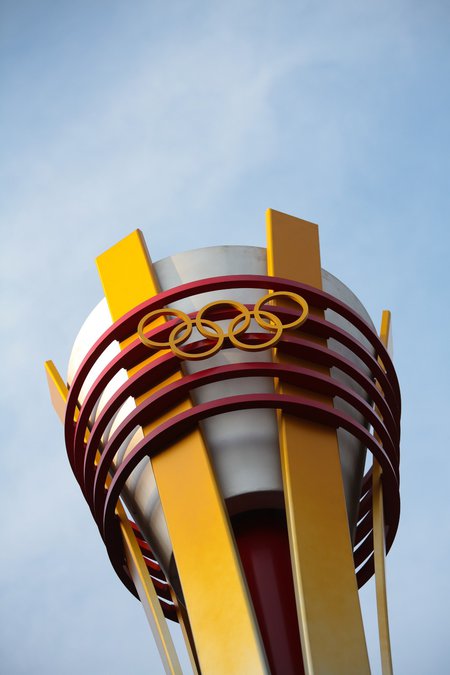 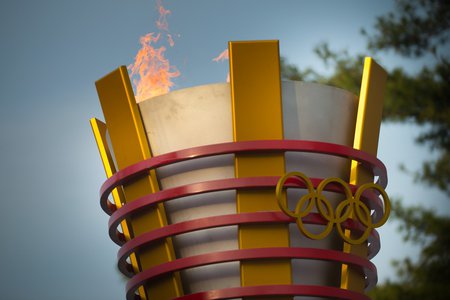 For the record to be official the torch had to be lit. 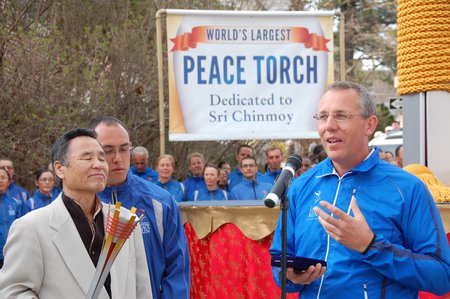 Sri Chinmoy Oneness-Home Peace Run Executive Director, Salil Wilson, expressed our gratitude to Mr. Haruhara for creating such a beautiful torch which in 1998 stood as a symbol for the Olympic ideals for millions around the world. 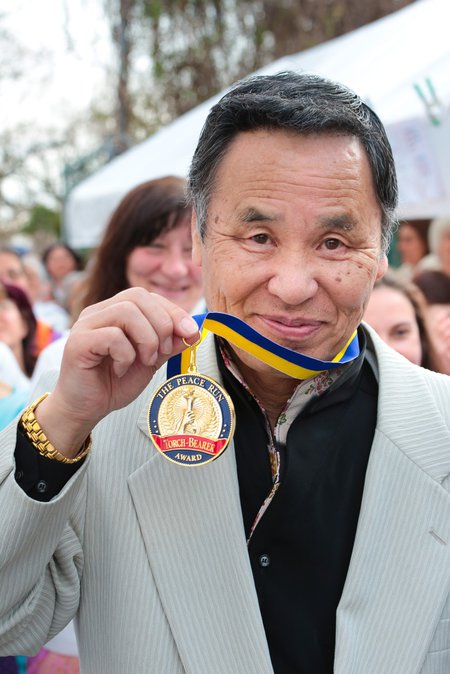 We were delighted and honored to present Mr. Haruhara with our Peace Run Torch-Bearer medal in recognition for his service to Olympism and for inspiring people around the world with such a refined and beautiful creation. 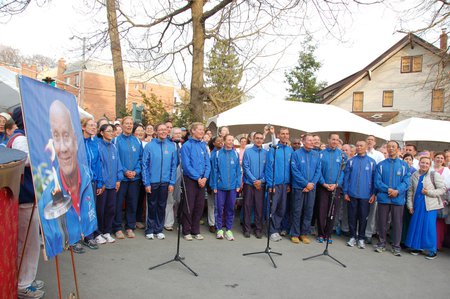 Our Peace Run choir performed a song Sri Chinmoy had written in honor of Japan, both in English and then in Japanese. 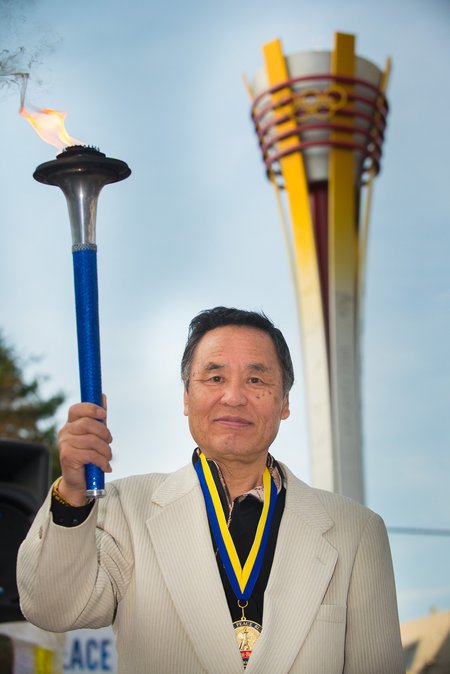 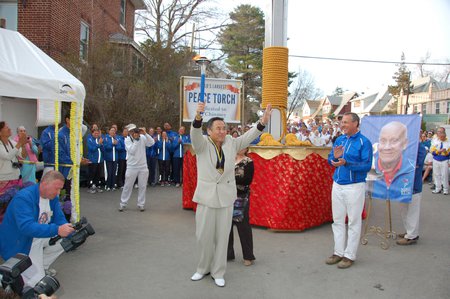 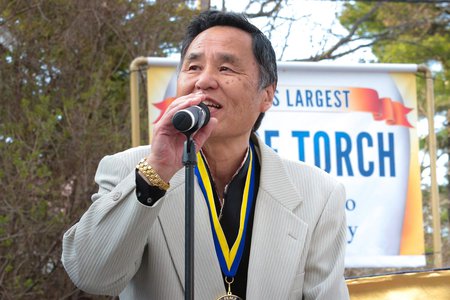 Mr. Haruhara, who flew with the original torch from Japan exclaimed, “Today is one of the happiest days of my life!” 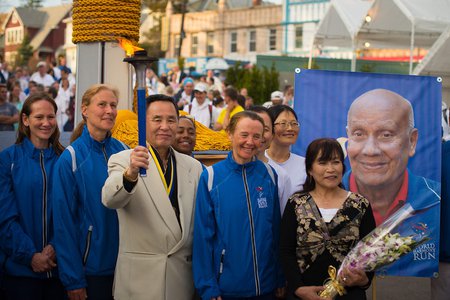 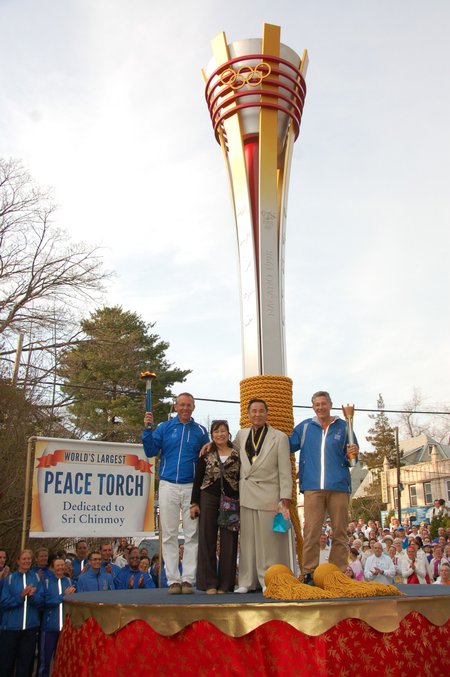 Ashrita and a team of 20 friends constructed the torch of aluminium and steel over the last 3 weeks. 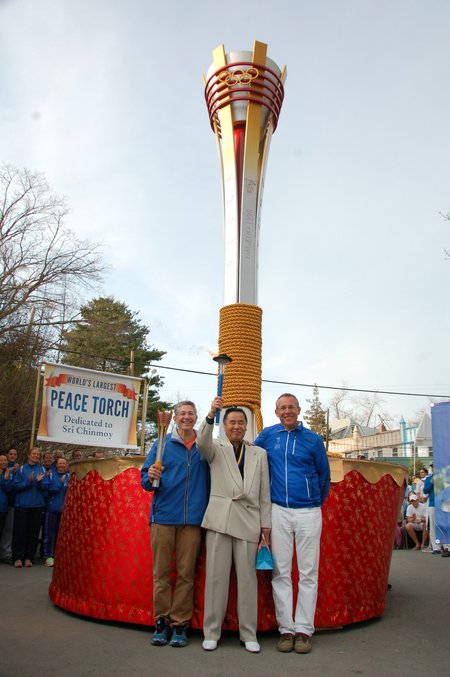 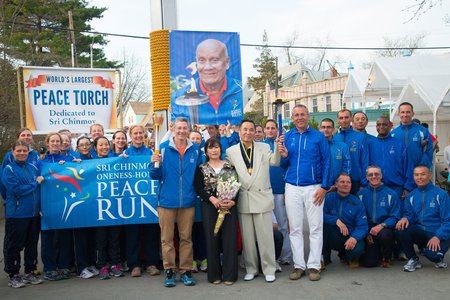 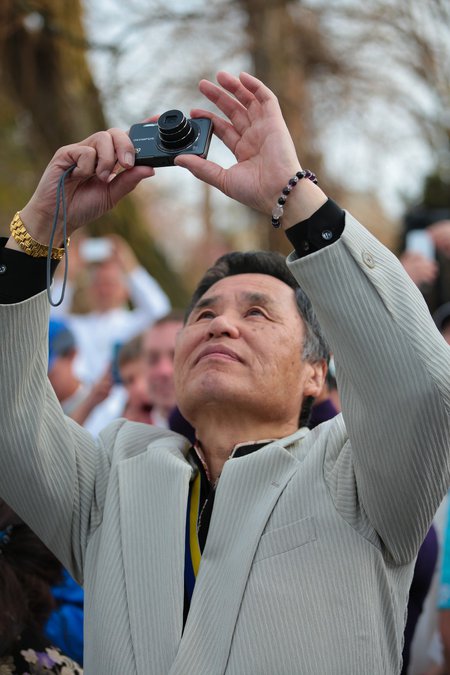 Mr. Haruhara couldn't resist getting some photos for himself. 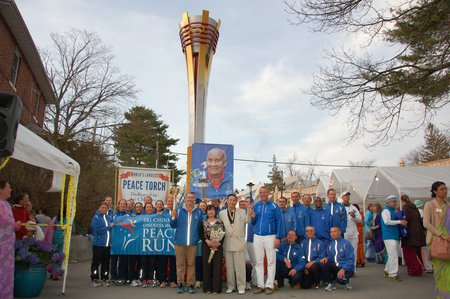 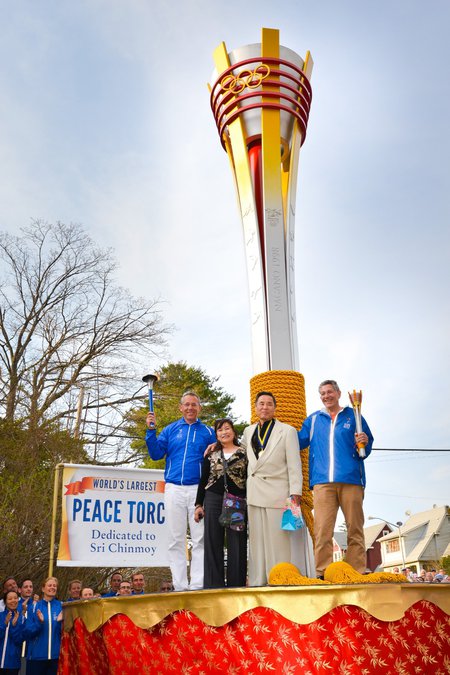 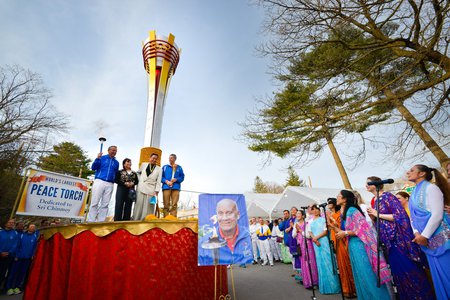