The Heart of Mexico and the California Coast

Running along the the North American West Coast 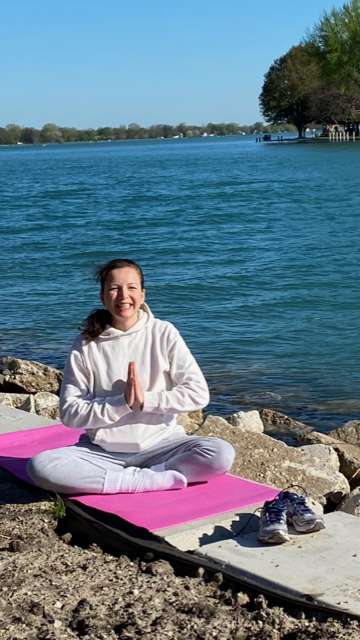 We are welcoming a new member to our team, Grace in London, Ontario, this is her message:

May peace be to all of you, your family, friends and neighbours. I run for peace. I picked this special spot to begin my run and I will share with you why. This area is at the apex of Walpole Island. It is an ancestral sacred ground used for spiritual gathering, this seemed like the perfect spot to pray for world peace. What else is significant is if you look off to my left shoulder- Across from me is Canada and in the far back lands is USA. I united both countries in one signal shot! Now I would like to share an inspiring quote that aspires me for this occasion:

"If we can invoke peace and then offer it to somebody else, we will see how peace expands from one to two persons, and gradually to the world at large." ~Sri Chinmoy 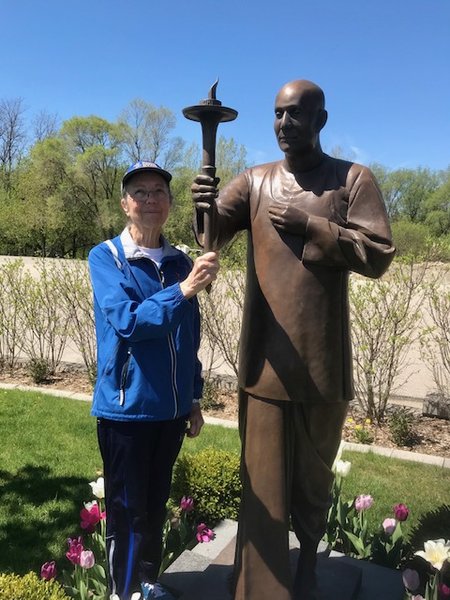 On her birthday, Karnayati visited the Sri Chinmoy statue at the Vishnu Mandir Temple in Toronto, Ontario. 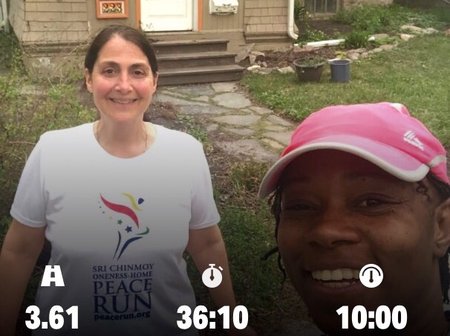 Purnakama and Lydie went for a peace run together in Winnipeg, Manitoba. 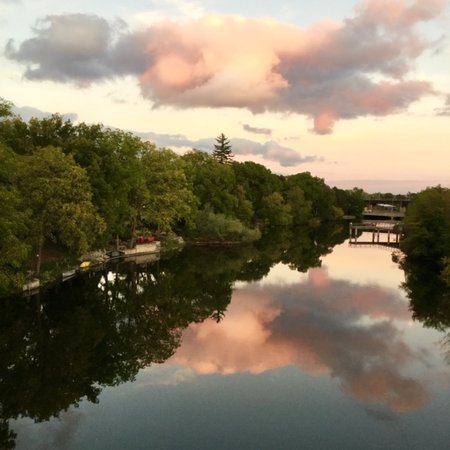 Sravana, from Guelph, Ontario did 78 miles this past week! She snapped these nature shots while she was out. Congratulations, Sravana, well done! 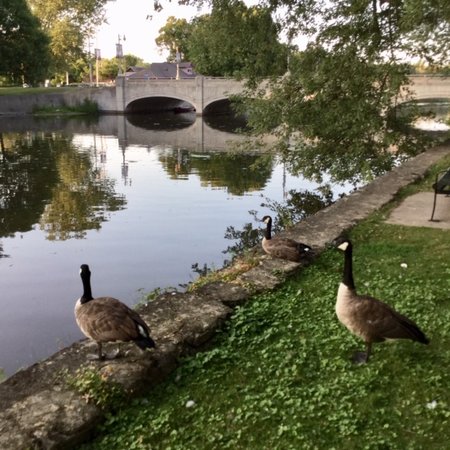 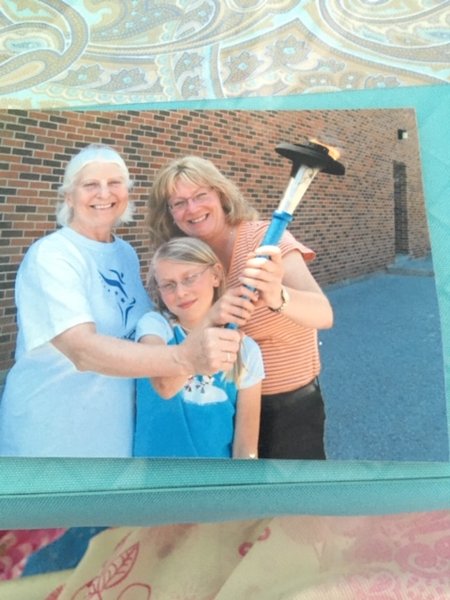 Our 87-year-old team member Rajeshwari, has been doing Peace Walks each morning in her neighbourhood in Toronto. She found a photo from when she and her family participated in the Peace Run in 2005, happy memories! 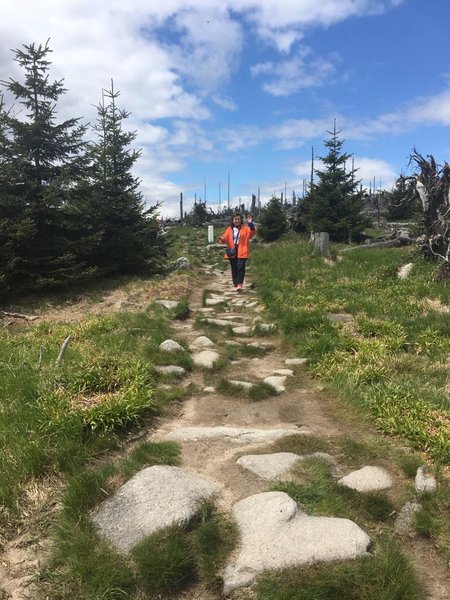 Pragya from Germany went hiking with Sumati and friends to the three border point in the Bavarian forest between Germany, Czech and Austria, where a special Peace Run ceremony was held on Saturday 30 May. 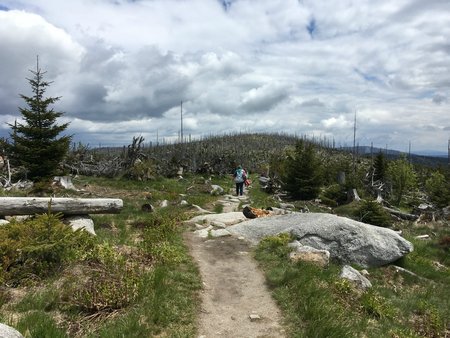 The mountain is called "Dreisessel" and is also a Sri Chinmoy Peace-Blossom that was inaugurated in 2000. The Sri Chinmoy Peace Blossom program dedicates significant landmarks around the globe to peace. 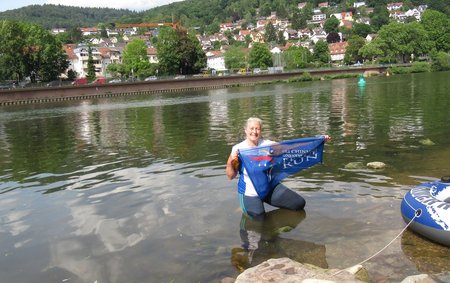 Vasanti from Germany ran 13 miles for the North American Peace Run as well as 43 km for the European one. Here she is kneeling in the Neckar River in Heidelberg, Germany. 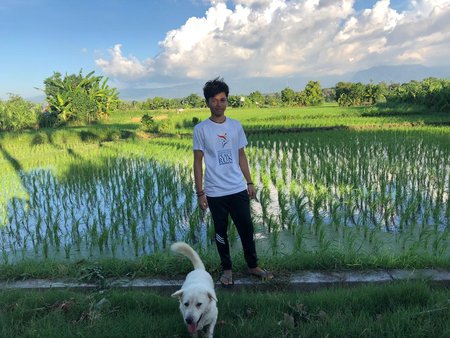 Paramananda from Bali has just joined the North American Team. He went for a run near beautiful Sudaji. 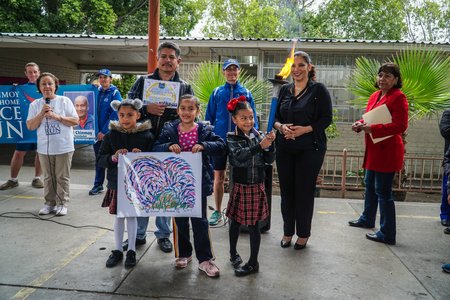 This week on our Peace Run (run from home) the team travels from Tijuana in Mexico up the coast to Santa Maria, California. As you can see on this picture from 2018 our morning began with a visit to 18 de Marzo Elementary School. 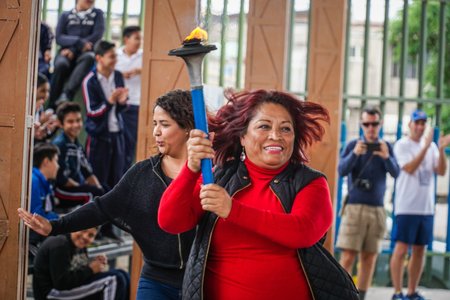 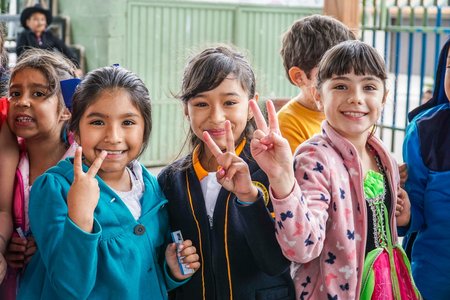 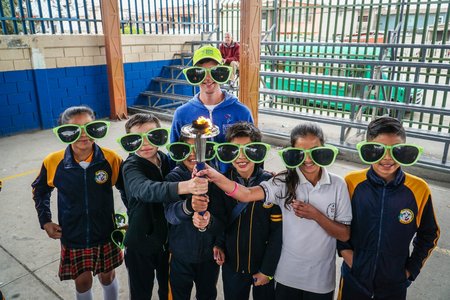 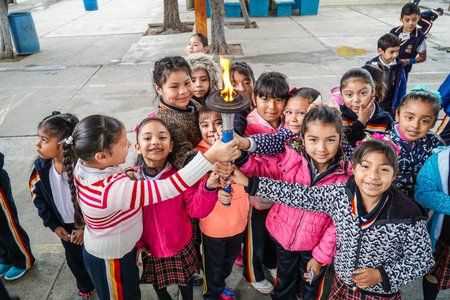 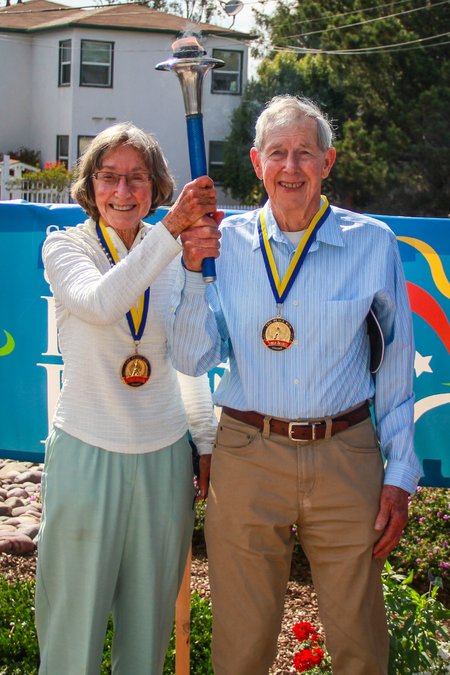 In 2018 Donna and Edwin Gookin were recipients of the Community Torch Bearer Award. Now in their 80’s, Donna and Edwin have been running for decades and are still active. Donna is a pioneer in women’s running and fitness in the San Diego community, having been one of the first women to participate in track and distance events. Everywhere they go, people say, “I want to run like you when I’m your age.” 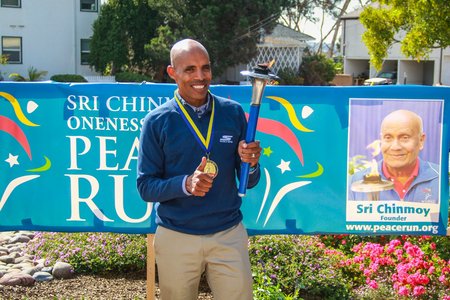 In 2018 the recipient of the International Dignitary Torch Bearer Award was the great and good Meb Keflezighi.
Meb is one of the most decorated champions and most popular athletes in the history of American distance running. He’s an Olympic medalist, winner of both the Boston Marathon and the New York City Marathon, with multiple other strong finishes in elite marathon racing. Meb is now retired and focuses on giving back to the running community in various ways through charity work and his own MEB Foundation.
We were deeply honored and thrilled to have the opportunity to meet Meb and offer him the Torch-Bearer Award! 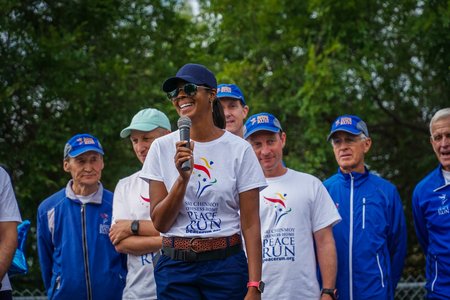 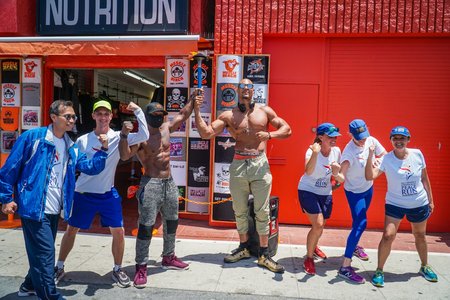 In 2018 the team showed of their muscles at muscle beach. 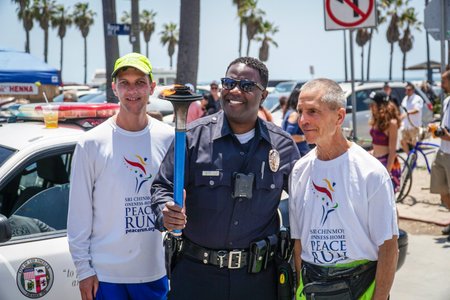 Also in 2018, a police officer makes a wish for peace in Santa Monica 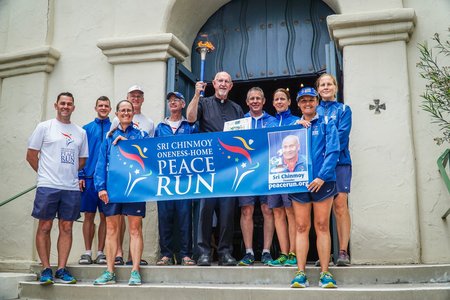 In the same year Father Tom Elewaut, very kindly welcomed us and shared some of the rich history from the San Buenaventura Mission in Ventura..
The founding of San Buenaventura Mission traces to the decision on Palm Sunday, March 30, 1749 by the Franciscan priest Junipero Serra to journey to the New World as a missionary to the native peoples. (Padre Serra was canonized a Saint by Pope Francis on September 23, 2015.)

Santiva from Mexico who is on the 2020 team also ran up the California coast in 2018. 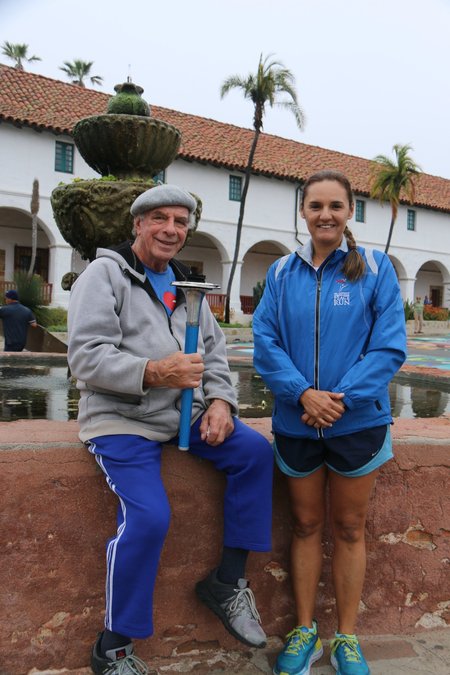 Voices of Peace from African-American…
Peace Runners and Friends…