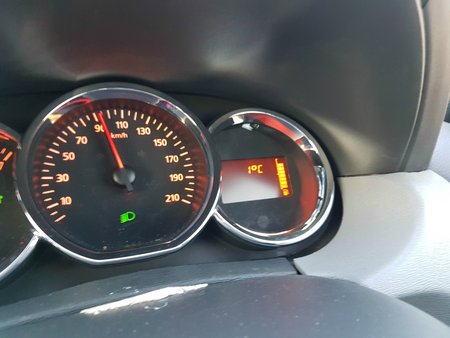 Yet again, off to another early 5am start, we said goodbye to Johannesburg making our way north to Gaborone in Botswana with our car thermometer showing that it was all of one degree! 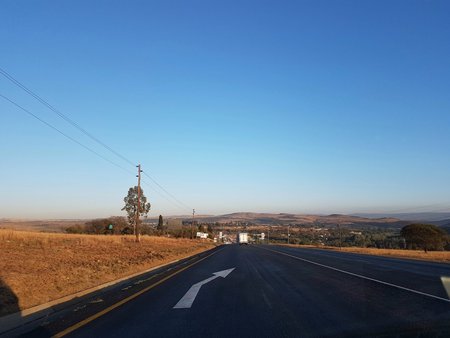 We initially planned an even earlier start of 4 am as our first scheduled school visit of the day was at 10:30 am in Gaborone. Due to a last minute school cancellation we had an hour's reprieve with the result that leaving at 5 am meant that we would make it through the border and arrive on time at our first school, Ben Thema Primary at 11:30 am. 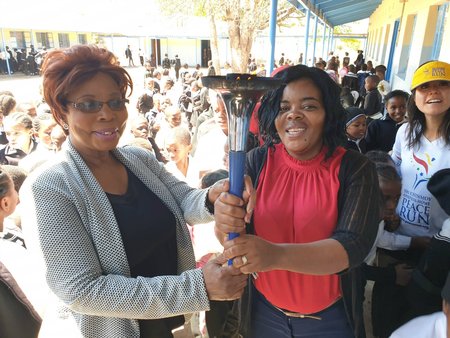 The teachers of Ben Thema Primary School were eager to greet the team and hold the Peace Torch. 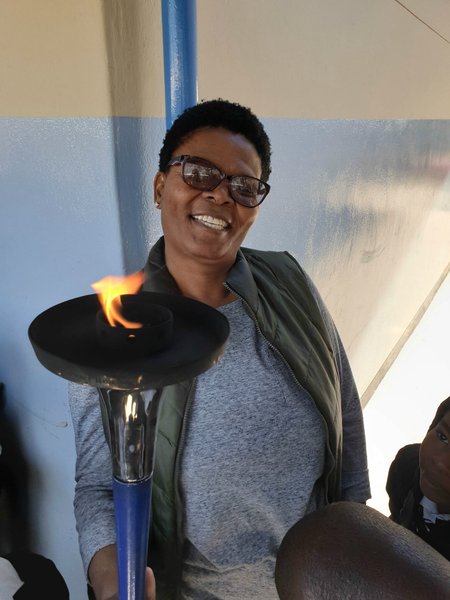 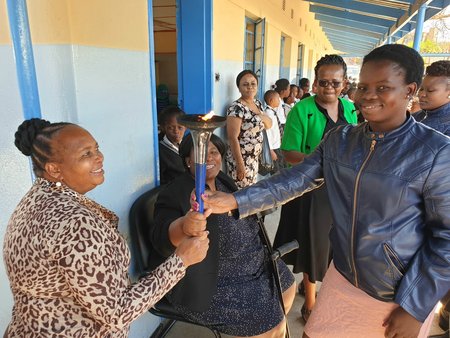 All the teachers wanted to hold the Peace Torch and add their wishes for peace knowing that there have been so many people throughout the length and breadth of the world that have added their hopes for a better world. 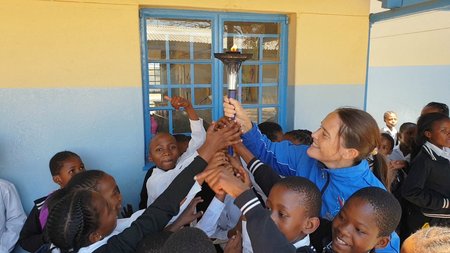 As the students assembled many couldn't resist seizing the opportunity to hold the Peace Torch. 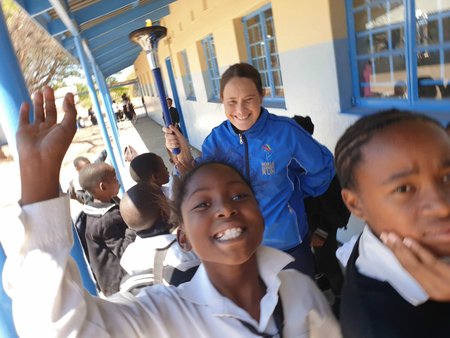 Greeting all the team. 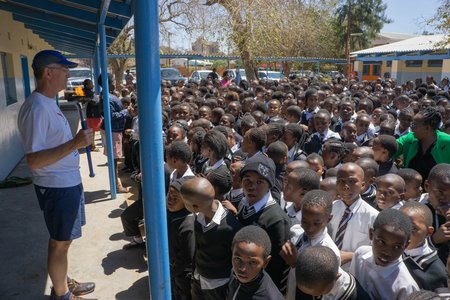 Once all the students were assembled Abhijatri spoke about the Peace Run. 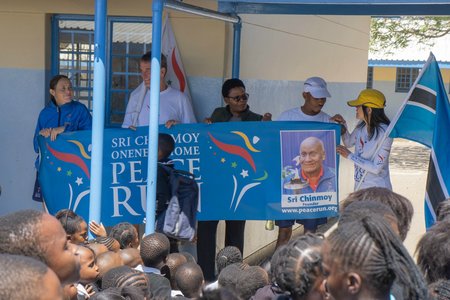 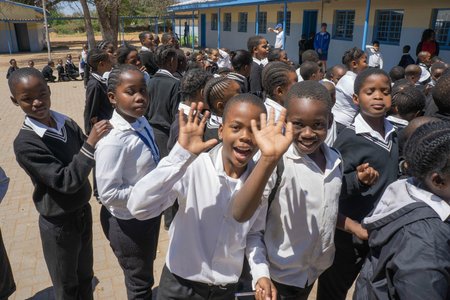 We had several hundreds of learners assembled in the school courtyard to meet our team, although the children were so spread out that it was hard for everyone to hear. As a result, three of our Peace Runners decided to spread out along the platform to speak simultaneously to smaller groups of the learners about the Peace Run so that everyone would have a chance to learn more about the team and our initiative of visiting all countries in the Southern Hemisphere this year. 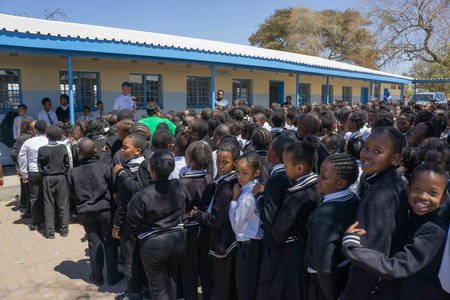 They had a fun time guessing the countries. 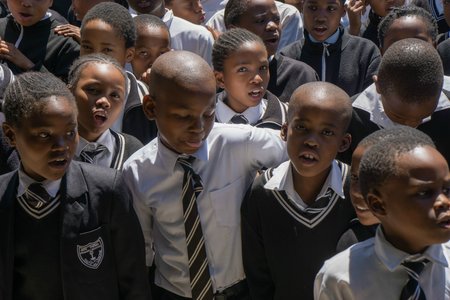 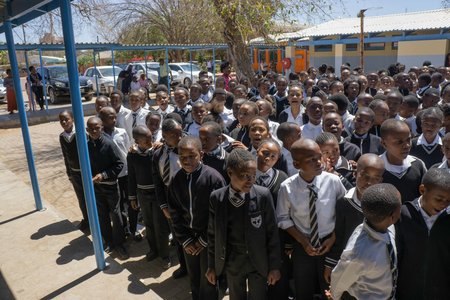 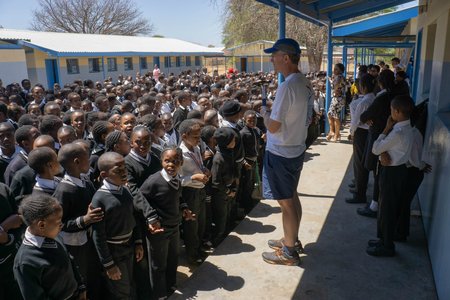 At one point Abhijatri commented that if the energy of the students at this school could be harnessed then it would probably be possible to power Gaborone! Such was the enthusiasm of this school. 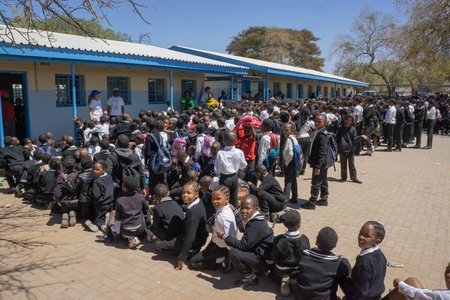 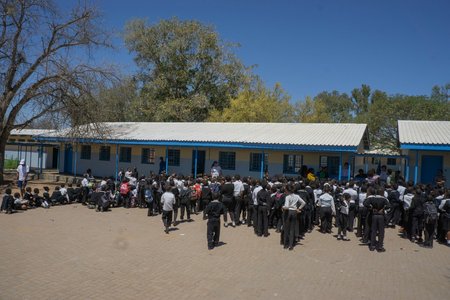 At the end of our presentation our team took a few moments to meet some of the learners. 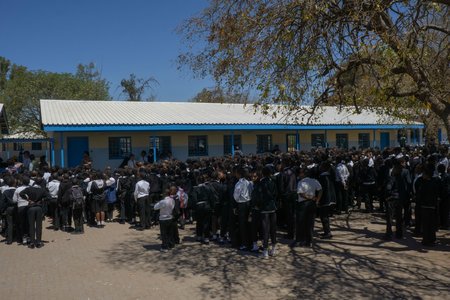 ...before we bid farewell and made our way to the next school. 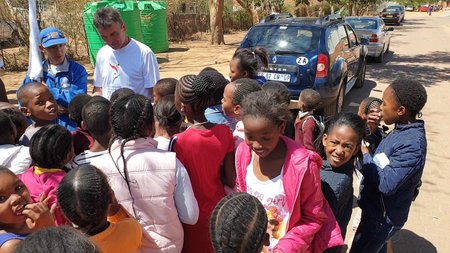 Arriving at Ithuteng Primary we were told that it would be better for us to come the following day to meet the whole school as some of the learners had already been dismissed for the day. This did not stop several learners who had other ideas and we soon had a small gathering of young ones around us... 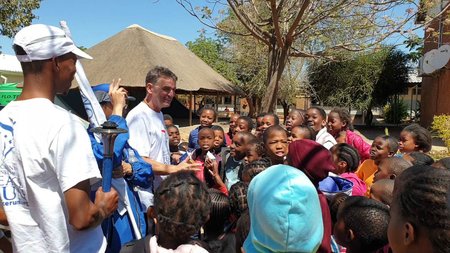 ...crowding around to find out a little more about the Peace Run before tomorrow's official visit. 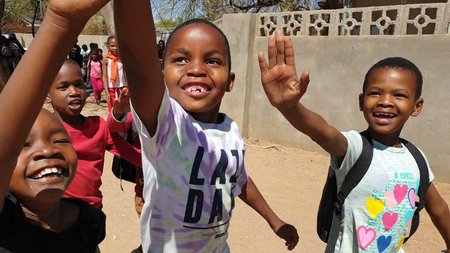 Their smiling faces gave us all such a boost that we took to the road with a bounce in our steps. 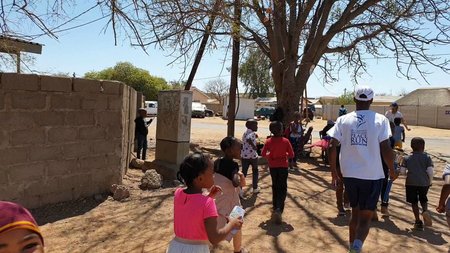 With learners in tow, our runners set off with the Peace Torch heading for the city centre. 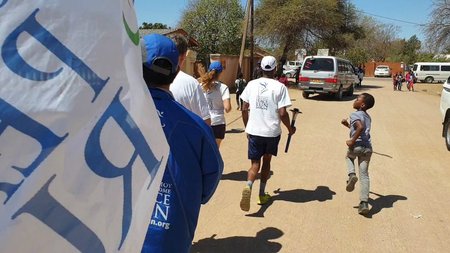 They ran with us down the first few local streets with so much enthusiasm and joy, before reluctantly heeding our calls to return to their parents. 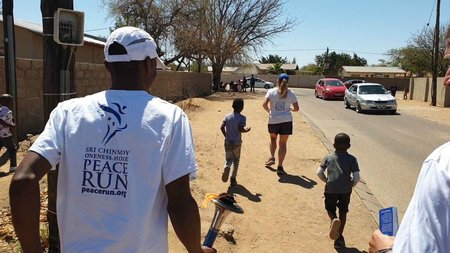 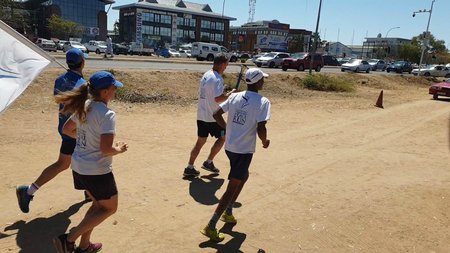 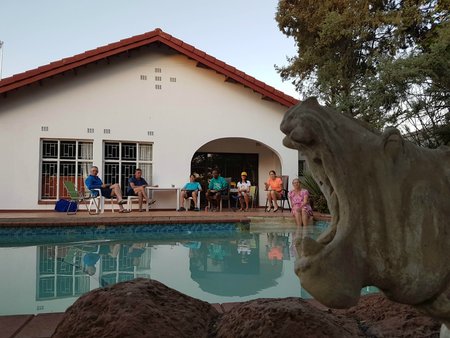 After a wonderful first day in Botswana we made our way to our accommodation and arrived in daylight. This was a real treat as up until now we've typically arrived at night, and in the dark. Here our team enjoys an early dinner by the pool...or are we about to served up as hippo grub?