Running an 'Age-athon' with friends 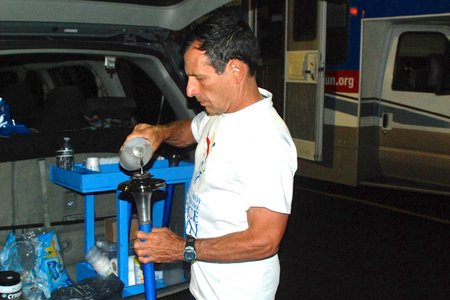 Our runners normally cover 2 or 3 miles each before taking a rest and swapping with another runner on the team. In this way the Peace Run can cover large distances without any one runner becoming too tired. Each runner would normally cover between 6 to 12 miles in a day, depending on individual capacity.

This week marks the 64th birthday of our New York runner Arpan, who headed out at around 2am to run 64 consecutive miles! He has named this traditional birthday run that he has been doing every year since he was 26 years old his 'Age-athon'! 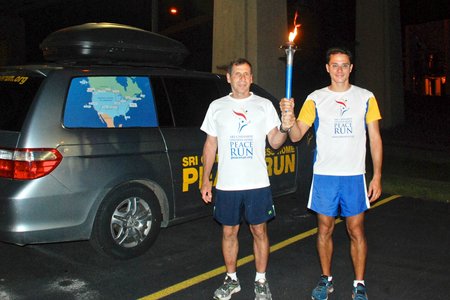 Arpan was initially supported by Pierre from France. They both awoke at 1:30 am to get ready for this all day adventure. Pierre serviced Arpan alone for the first half, or about 32 miles. 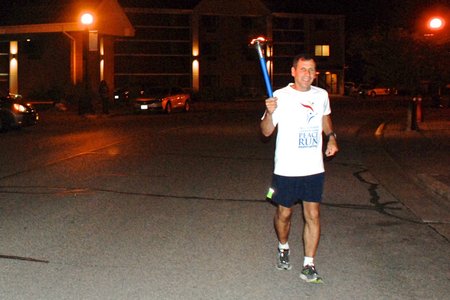 Running commenced from the grounds of the Courtyard Marriott Hotel in La Crosse at 2:13 a.m. 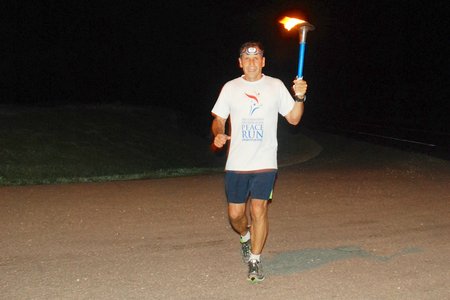 Pierre commented that at times it was so dark that it was difficult to see Arpan. The sounds of barking dogs was apparently very helpful as well as his headlamp to find his way on the dark, lonely country roads. 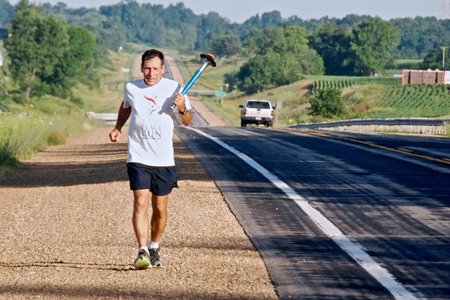 The sun came up many hours later and brought some real summer heat with it. 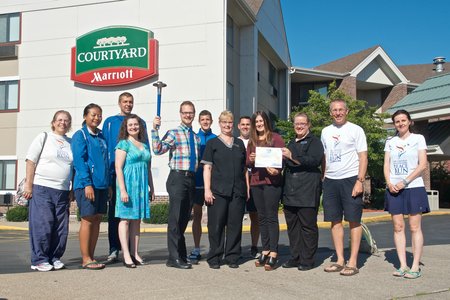 Meanwhile, back at our accommodation, the rest of the team thanked the staff at the wonderful Couryard Marriott in La Crosse for so kindly and generously providing us with complimentary rooms. 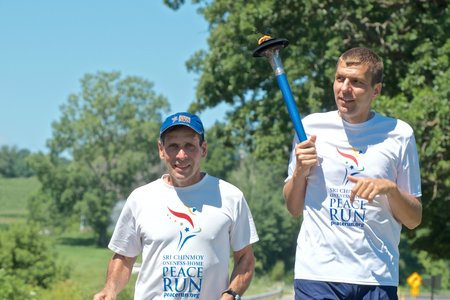 Throughout the day, Arpan continued his 64 mile journey along Route 14 and then Route 56. Puroga accompanied him for a whole marathon distance. 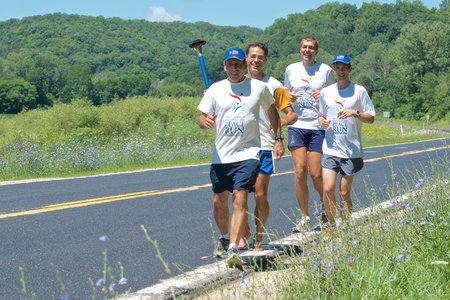 Other team members joined Arpan at different points including Nikolaus who also ran a whole marathon, 26.2 miles or 42 kilometres. 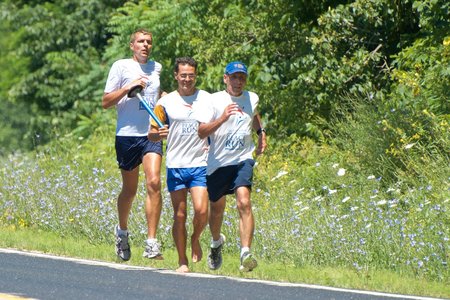 The countryside in western Wisconsin was full of corn and soy fields and deep green pastures. There were many different wildflowers decorating the roadside as well. 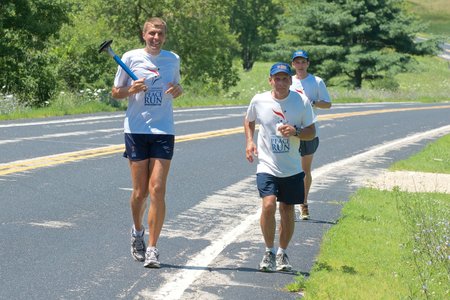 There were also quite a few hills! After ten miles in the morning darkness there were two 'monster' hills of two miles each. Later the hills were smaller, rolling hills which also heated up as they absorbed the hot summer sun. 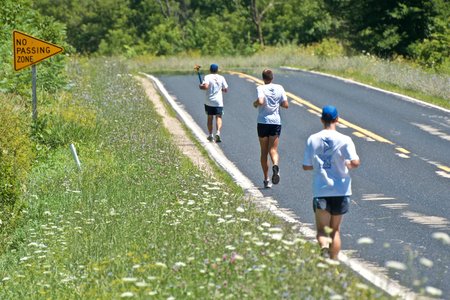 Arpan picks up the pace at times to keep the legs from getting too stiff. 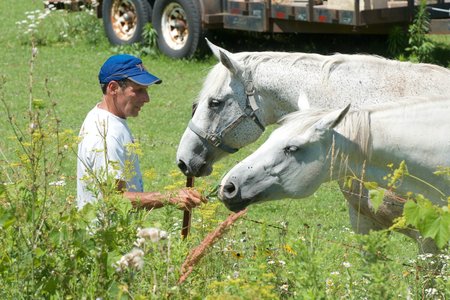 Taking a short break to feed some beautiful white horses. 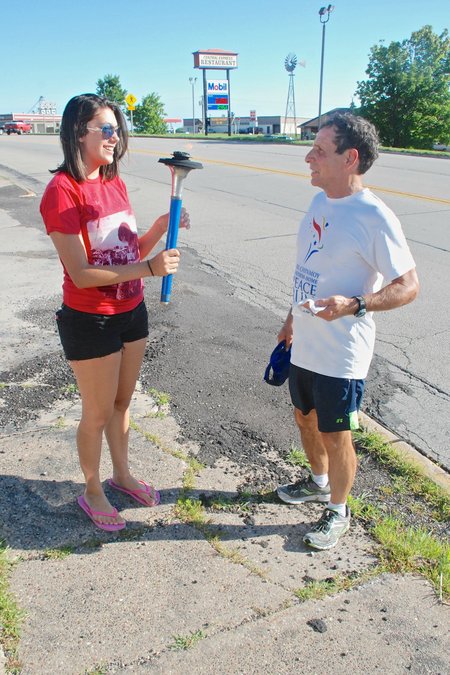 Arpan met many well wishers along the way, and as always, stopped to share the Peace Torch. After completing his first marathon distance Arpan met Hailey and her mom in Westby. 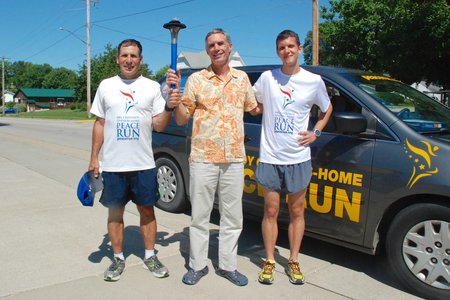 At about mile 36 this nice gentleman, Jerry, from Viroqua came out to cheer us on after seeing us on the website. 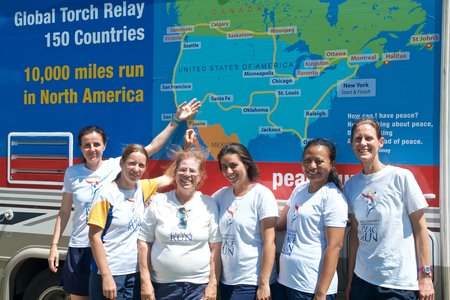 The women's team made lunch and delivered it to everyone at his 47 mile point in Viola. They also ran another section of the course to complete today's full mileage to Richland Center. 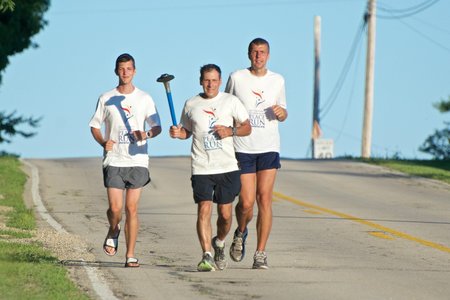 Nikolaus and Puroga both ran an impressive 26.2 mile (42km) marathon with Arpan today. 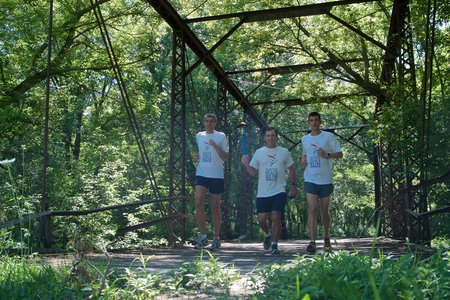 The shady sections of the run were our favorite as we battled the hot summer sun most of the day. 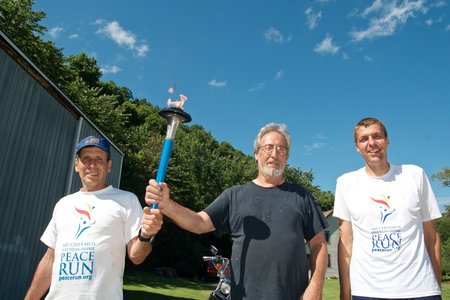 When we pulled into this man's driveway to service Arpan and the the runners at about mile 54 we thought that we might be in intruding on his property. But this kind man, Ken, came out and welcomed us. He showed us some of the big Harley motorcycles that he works on, displaying a true sense of oneness and friendship with us. 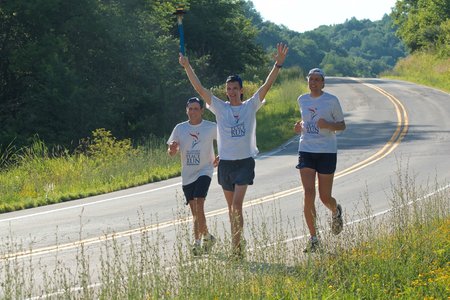 Nikolaus from Austria helps to carry the torch for a full 26.2 miles. Here he is finishing his marathon. 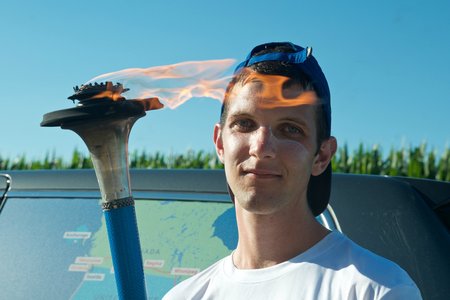 Thank you Nikolaus for helping to carry the torch such a long way today. 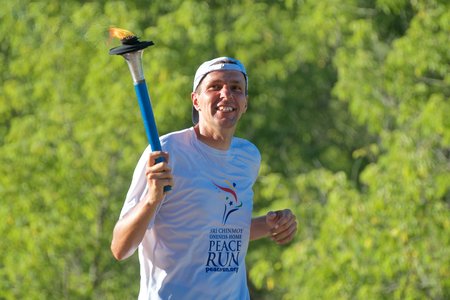 Puroga from Hungary happily finishes his marathon a mile later. 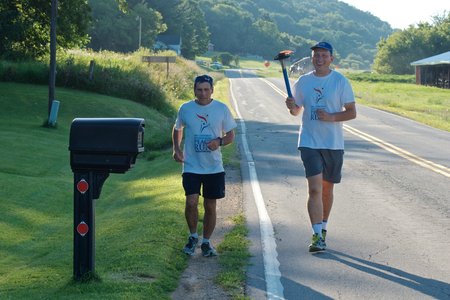 After well over two marathons Arpan is still running. Yatkara (Ukraine) joins him towards the end of his ultramarathon. Yatkara spent most of the day servicing Arpan and the other runners. Here he finally had a chance to run the last few miles with Arpan. 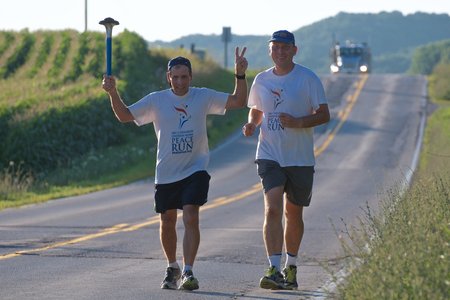 Coming in for the finish. 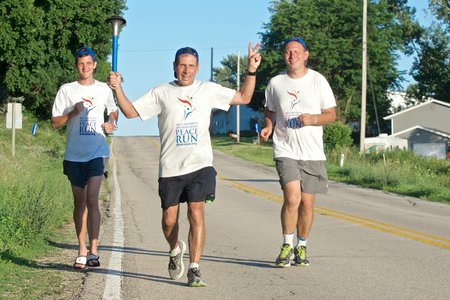 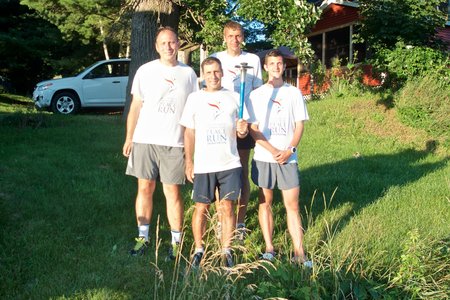 Gratitude for a great team, Yatkara,Puroga and Nikolaus. Pierre and the other helpers (Homagni and Salil) had already left for the campsite to make dinner by the time we took this photo at the finish. 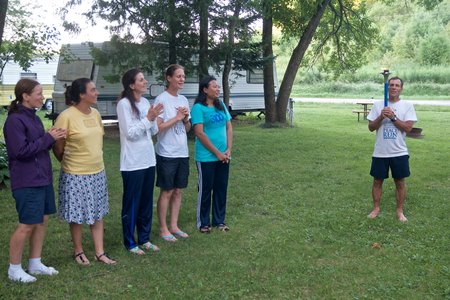 At the campsite after completing his 64 mile Age-athon Arpan thanked everyone for their support and encouragement. 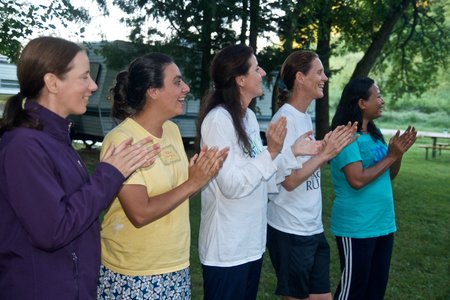 The women's team surprised him by singing songs to honor his amazing achievement. 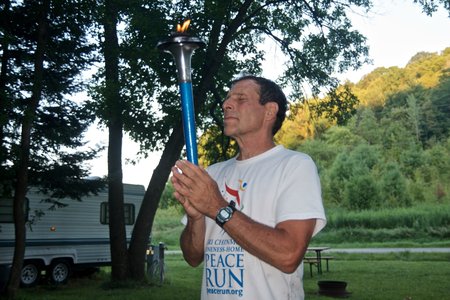 Arpan humbly commented that you can't take it for granted that you will be able to complete the distance as age slowly creeps in, but each year as he adds one more mile he tries to challenge and transcend himself in this unique way. Self-transcendence is the cornerstone of Sri Chinmoy's philosophy, whether it be running or any other walk of life. 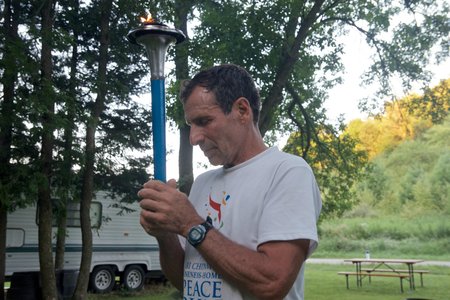 He is also very grateful to Sri Chinmoy, the Founder of the Peace Run, for encouraging him and many others around the world to try and stay healthy and happy so that we can develop peace in our own lives and then share it with others. 'Peace Begins With Me' is the motto of the Peace Run.

lease send us a message, we would LOVE to hear from you.

See who is sending us messages

Colors of Peace Opens in Seattle…