The Final Steps to Victory!!! 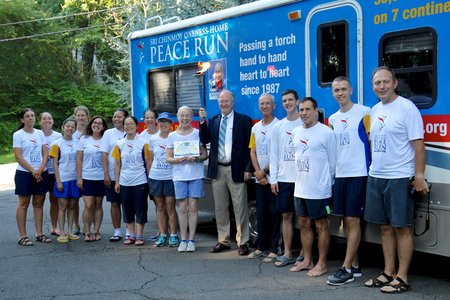 Our last morning! We had a final picture with Our dear hosts, Nidrahara and Nripal, before Nripal had to head to work. We were so happy that some former team members could join for the last day- Victoria, Kaspars and Suhasini! 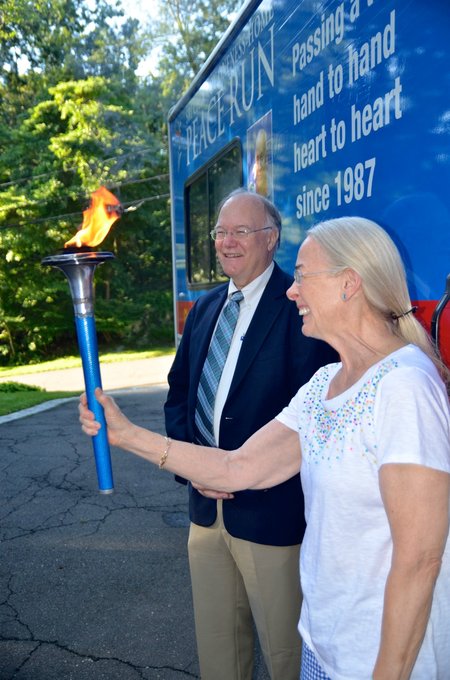 Nidrahara and Nripal have been big supporters of the Peace Run since it first began in 1987. Nidrahara has been on the team on the road, and also used to spend months helping to get complimentary accommodation for the team. We are so grateful to them both! 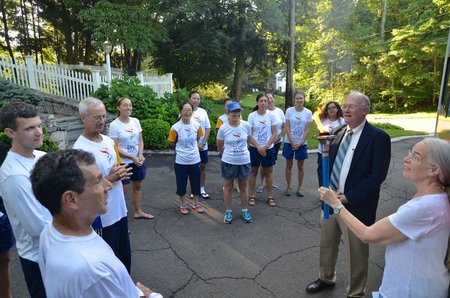 Nripal is an authority on the life and writings of Thomas Jefferson, and spoke a little of the similarity between Thomas Jefferson's pioneering Vision and Sri Chinmoy's Vision for the Peace Run. 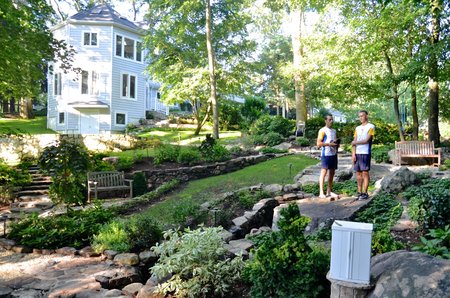 The house has a beautiful garden, which we all deeply enjoyed spending some time in. 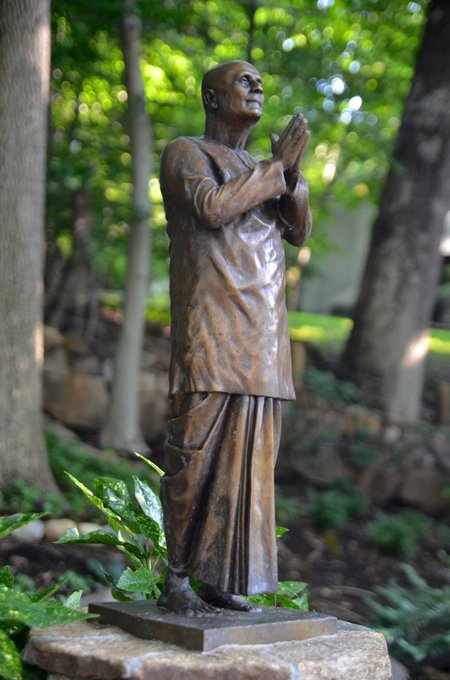 The garden is home to a small statue of Sri Chinmoy. 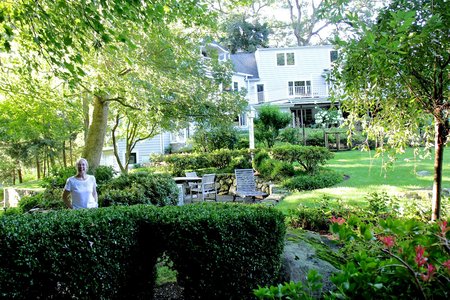 Nidrahara loves to come and get some peace in the beauty of the garden. 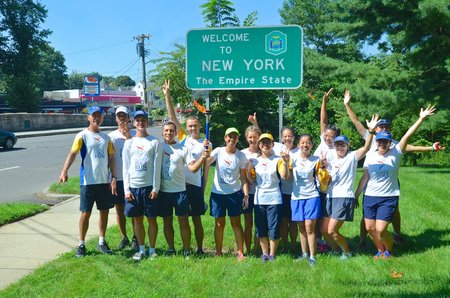 Finally we hit the road and made it to New York! 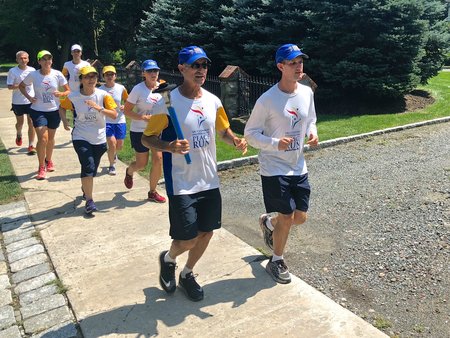 We all ran together for the last day. Bansidhar and Nikolaus took the lead- it was a hot day for running! 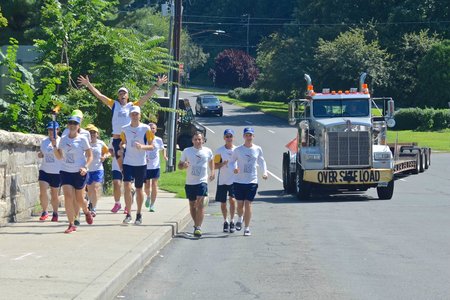 We were getting pretty excited... 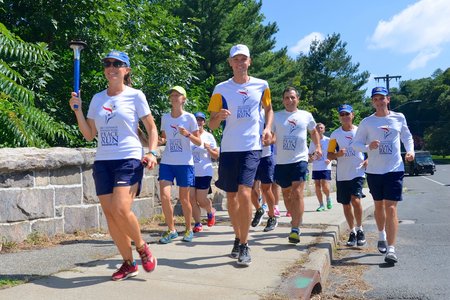 Harita ran the final miles with deepest gratitude to the team, the people of North America, Mother Earth, and the founder of the Peace Run, Sri Chinmoy. 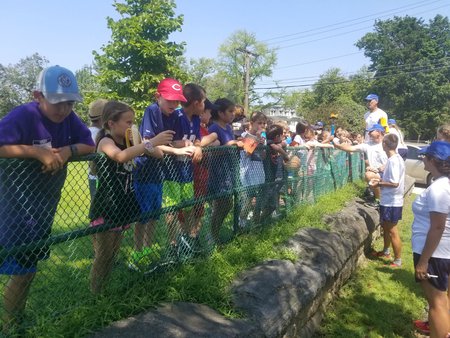 We met some enthusiastic holiday campers along the way. 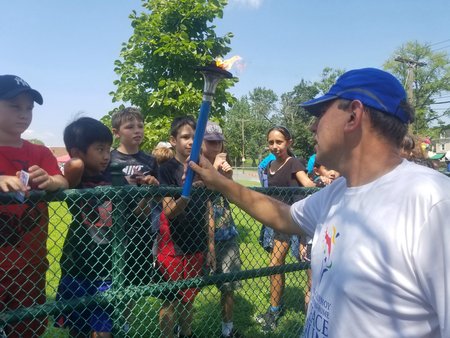 They all took the chance to hold the torch- the last kids of tens of thousands around North America over the last 4 months! 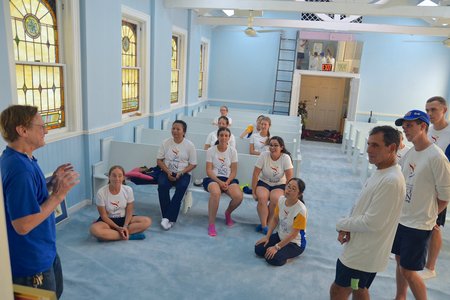 We had a special visit to our long-time friend, Himangsu, who opened up "The Church" a beautiful space where Sri Chinmoy used to host some very special group meditations in the 70's and early 80's. 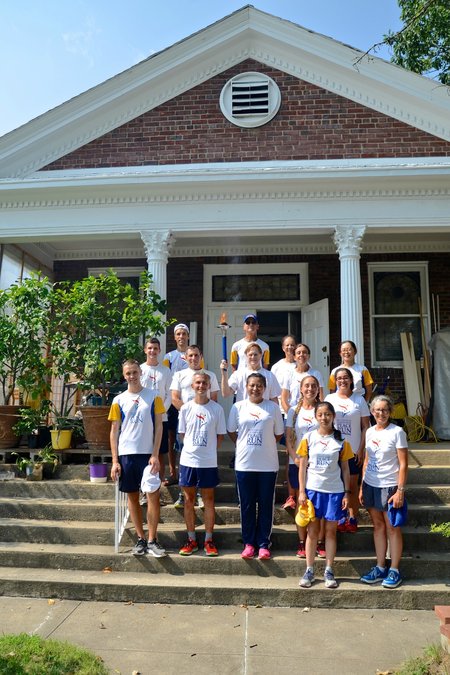 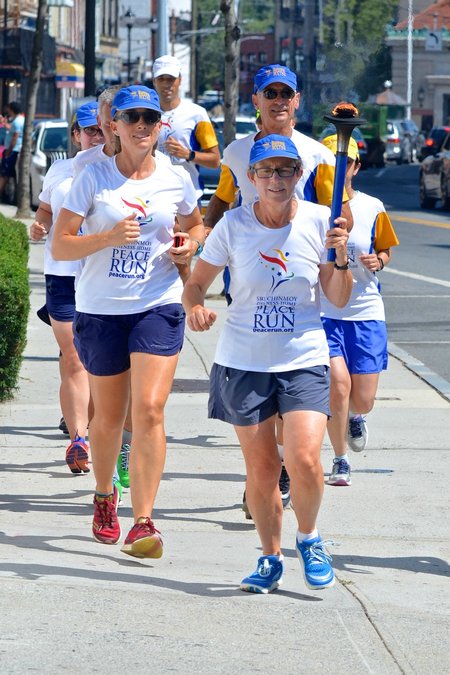 And then it was time for the last few miles! 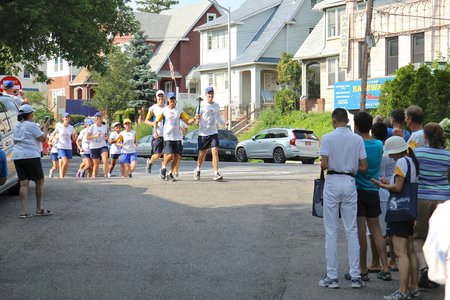 As we arrived to our final point in Jamaica, Queens- back where we began 4 months ago- there was an enthusiastic crowd waiting to welcome us- including some former team member! 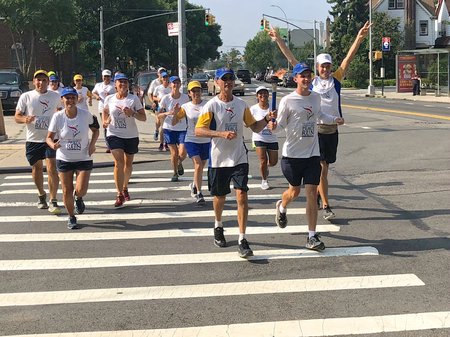 Nikolaus and Banshidhar carried the torch together to lead the team for the final stretch. We are so grateful to both of them for so self-givingly, soulfully and cheerfully running the entire 4 month journey, offering peace to the world every step of the way! 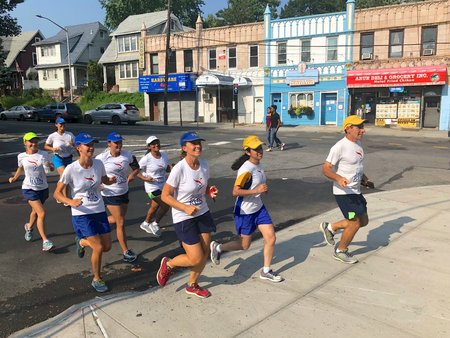 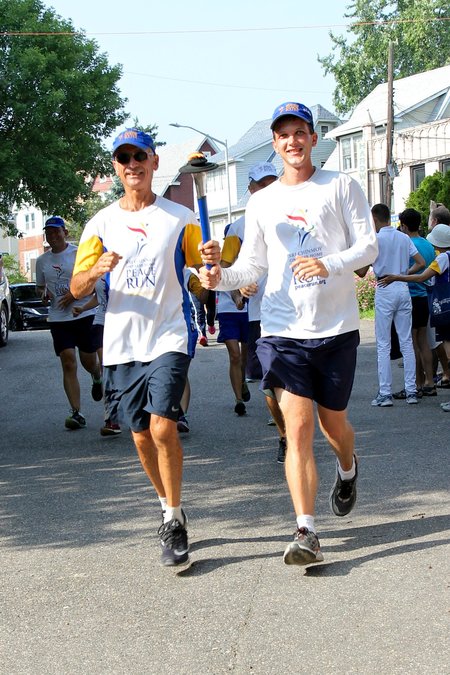 From oneness
We derive peace.
From peace
We derive oneness.
-Sri Chinmoy

Our team, including a few more former team members, sang several songs to end the run. We offered all our gratitude for the blessingful opportunities we have experienced individually and collectively over the last 4 months of this incredible journey. Thank you for being part of it!
Let each of us keep the torch burning in our own hearts and lives, and never lose our hope and belief in the power we all have to create peace in the world- starting with ourselves!

Voices of Peace from African-American…
Peace Runners and Friends…