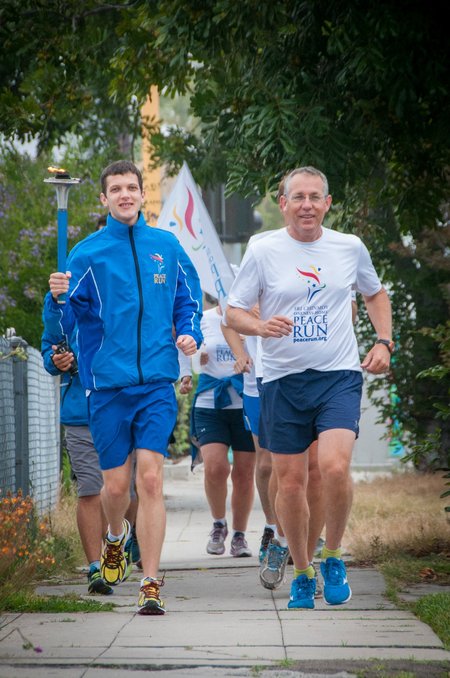 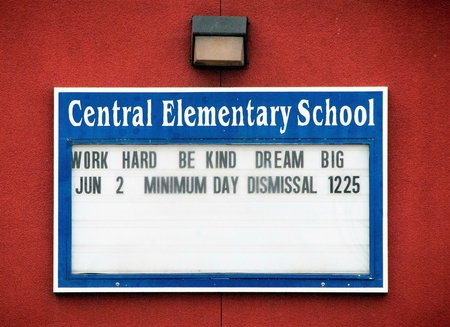 It was a great experience being at the school. 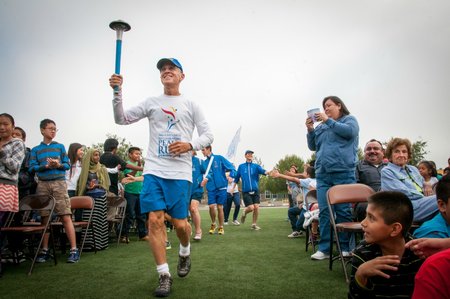 Pujari carried the Torch onto the grounds. The Team was welcomed by an enthusiastic assembly of students. 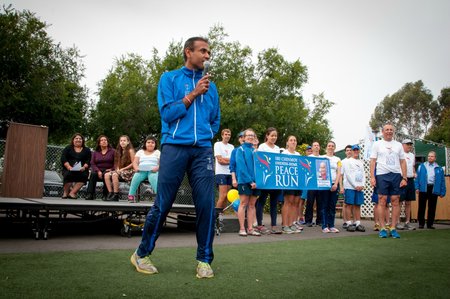 A game was held for the students to guess the runners' countries of origin. 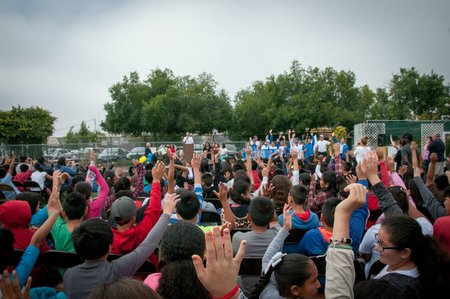 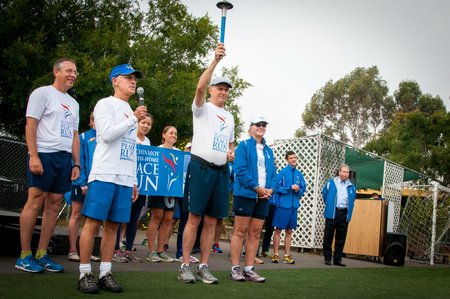 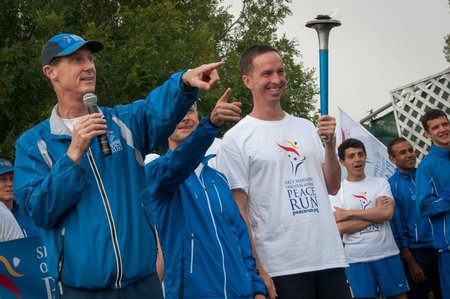 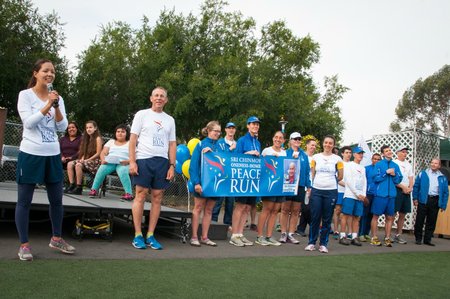 Akbota from Kazaksthan - her country is always a tricky one in the guessing game. 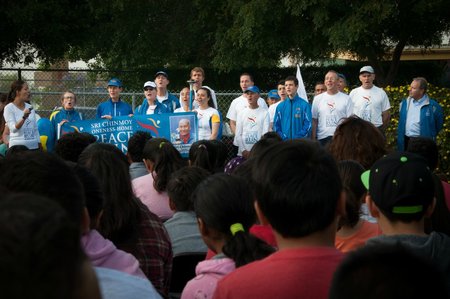 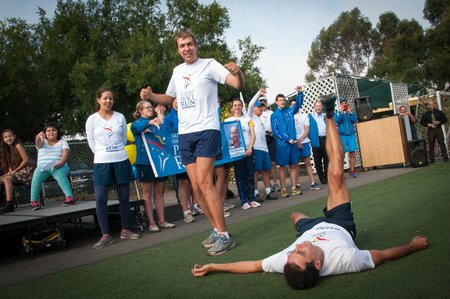 Some skits were performed to demonstrate peaceful and non-peaceful behaviour. 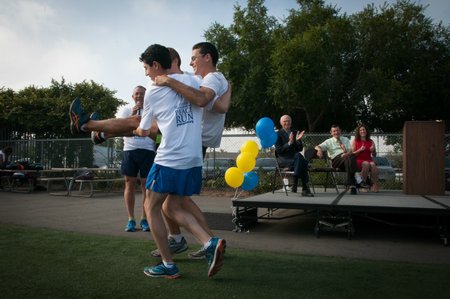 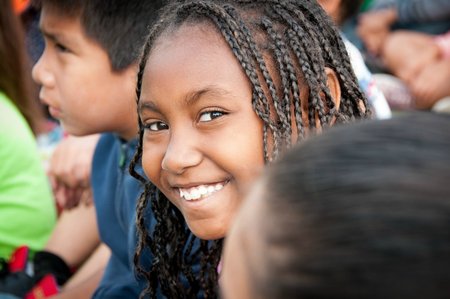 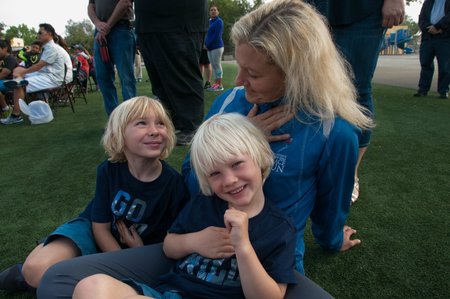 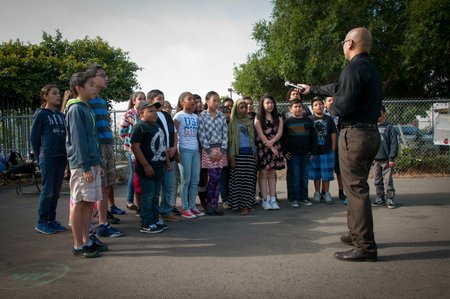 The school presented two wonderful musical performances. Firstly, Mr Atienza's class gave a moving and powerful performance of the John Legend song, "If You're Out There". 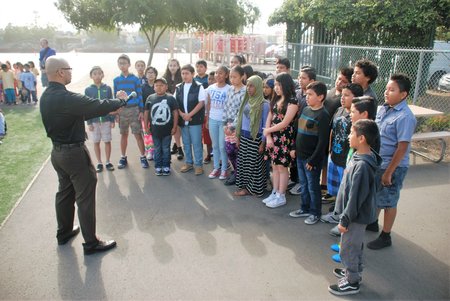 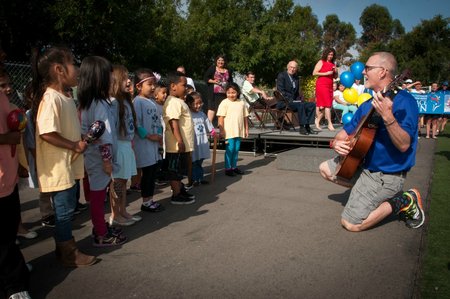 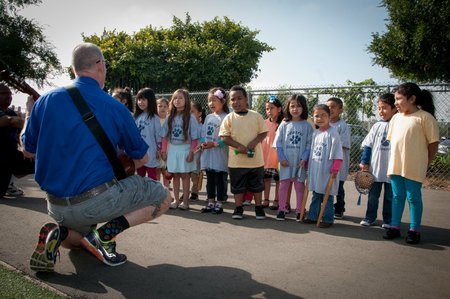 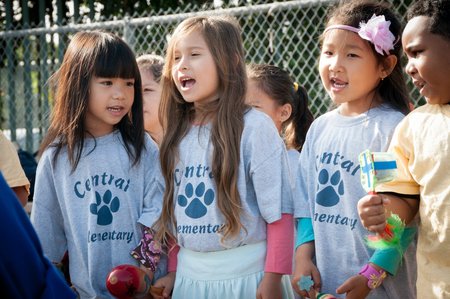 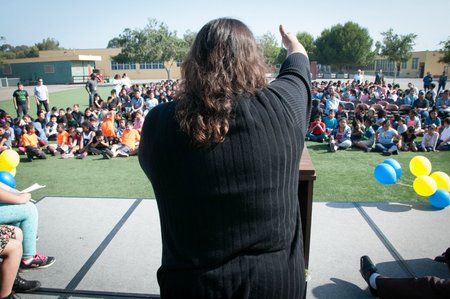 Many beautiful essays about peace had been specially written for the occasion by 4th and 5th graders. Angeline Rodriguez and Jocelyn Ortega took it in turn to read out their essays as part of the presentation. We really appreciated hearing them. 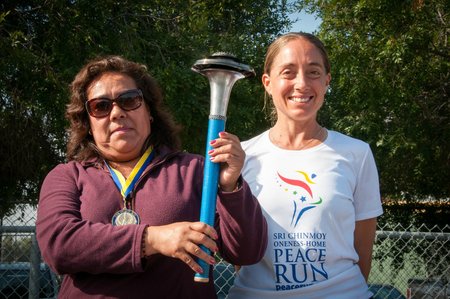 The furst Torch Bearer Award was presented to Mrs Guillermina Rice. Mrs Rice has been selflessly committed to the school for nine years, volunteering her time week after week. She serves on the School Site Council; attends the English Learner Advisory Committee meetings and is a community representative at Hoover Cluster meetings as well as an active member of the Hoover Cluster Wellness Council. For her unwavering commitment to the school; for her contributions throughout the years; for her heart of gold and for her desire to build a better community for all who surround her, Mrs Guillermina was honoured with the Torch Bearer Award. 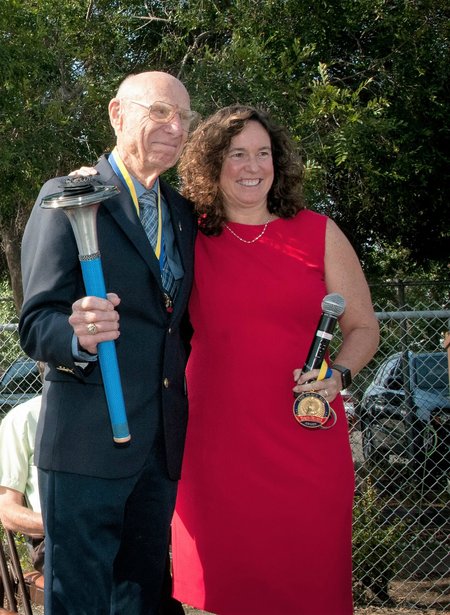 The Superintendent, Mrs Cindy Marten (pictured right), presented the second Torch Bearers Award to Mr Chuck Robbins for his selfless service to the school and the local community. Mr Robbins originally attended Central Elementary, and over the years has sponsored a variety of events benefiting the school. He has been instrumental in the Bread Program where donated bread is distributed to parents once per week. The Lion's Club, along with Mr Robbins, also provides food baskets during the holidays as well as dictionaries for students. He has received many awards for his tireless work in the community. 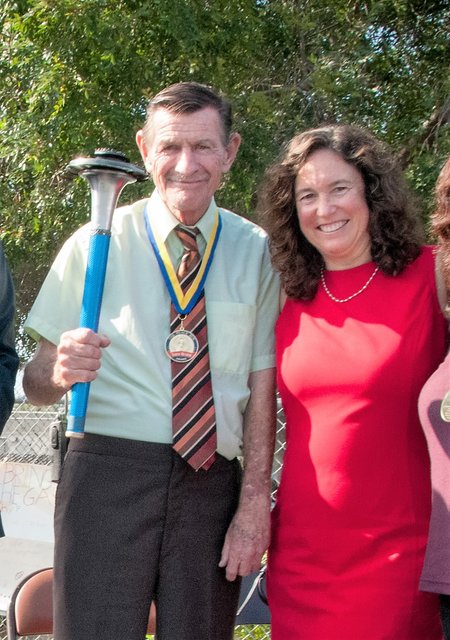 Mrs Marten presented the final Torch Bearers Award to Mr Warren LaVallee who has been volunteering his services at Central Elementary in many, many different ways for an outstanding 55 years! 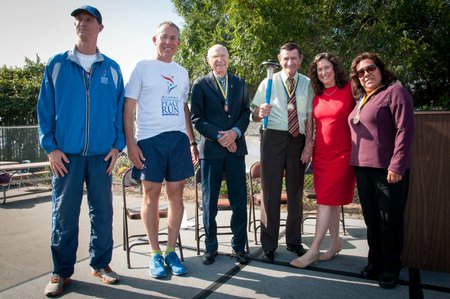 A group photo of all three Torch Bearer Award recipients. 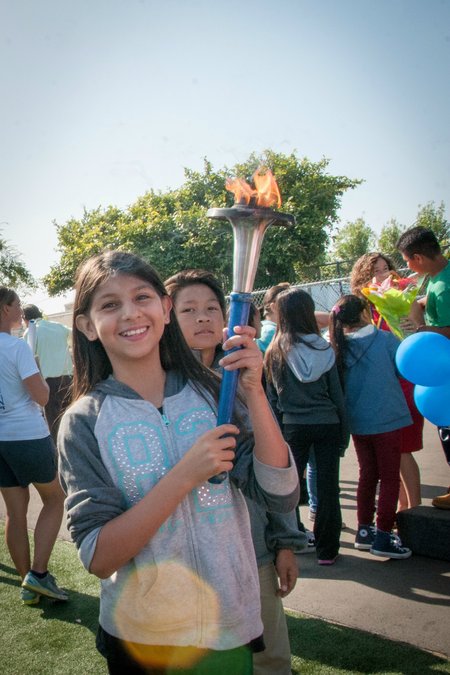 Students had an opportunity to hold the Peace Torch. 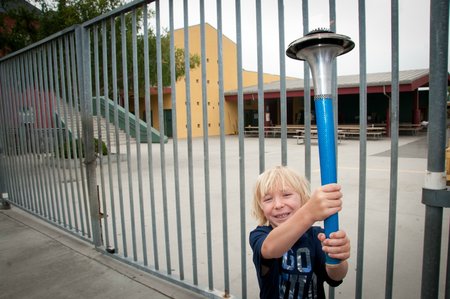 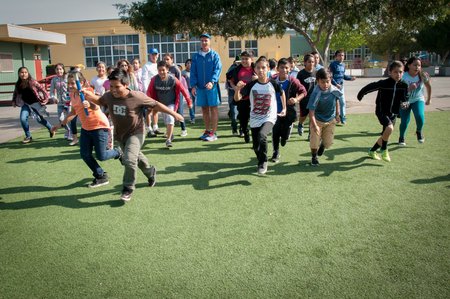 Running with the Peace Torch. 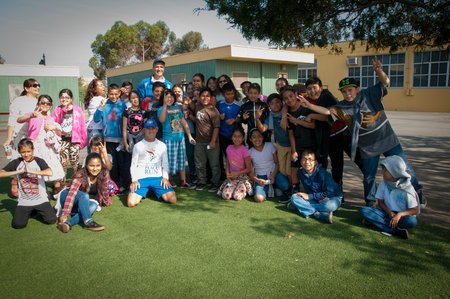 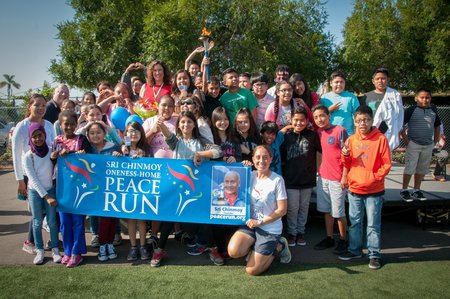 Our visit to Central Elementary School was really inspiring and made a lasting impression on all of us. Our special gratitude to the principal, Mrs Duvall, and to everyone who was involved! 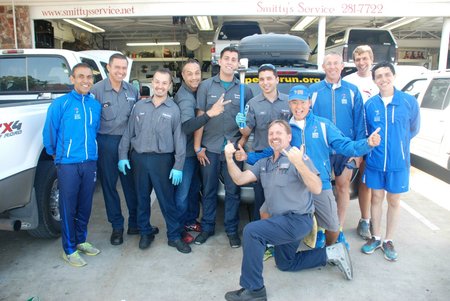 One of the team vans needed to be repaired later in the day. The guys at the local repair place did a great job and enjoyed holding the Peace Torch!

Colors of Peace Opens in Seattle…