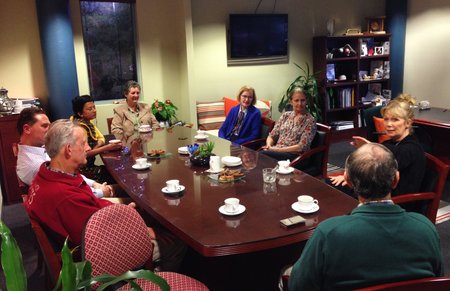 On Tuesday, June 14, we launched ‘40 Peace Talks’ — a series of 40 presentations about the life and work of Peace Run founder Sri Chinmoy, to be held at 40 university campuses around Australia.

The talks celebrate Sri Chinmoy’s first visit to Australia, 40 years ago, in 1976.

In the afternoon, we travelled on to Coffs Harbour, a vibrant, coastal city, approximately midway between Brisbane and Sydney.

Just two weeks before, we met with Mayor Denise Knight at the Council Chambers to present her with the Peace Torch. She extended an invitation for us to join her for afternoon tea the next time we were in Coffs Harbour.

A quick phone call to her secretary Christine Artist to set the time and all was done. A Peace Run delegation of eight met with the Mayor in her office for what was a delightful afternoon of chatter and laughter.

Denise told us of the recent disaster in Coffs Harbour when a huge storm hit Australia’s east coast. It wiped out blueberry and banana crops — two major sources of income for farmers in the area. Along with flooding and power outages on land, the storm also caused devastation to many of the boats in the marina. The SES and other volunteer groups sprung into action as part of the Council’s well-organised disaster plan. 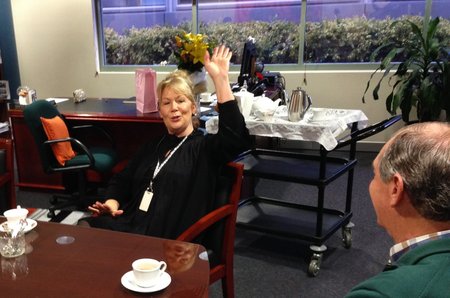 Mayor Denise Knight was the face of hope that comforted many people in their hour of need. “Thankfully,” the Mayor said, “no lives were lost.”

She asked us more about the Peace Run and what our plans were for next year. 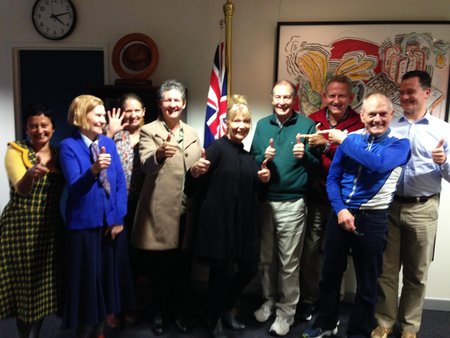 It was like chatting with an old friend. Her warmth and open-heartedness made us feel like one family.

"Thumbs up for the Peace Run!"

(This photo taken by Christine Artist. All other photos by Aryavan Lanham.) 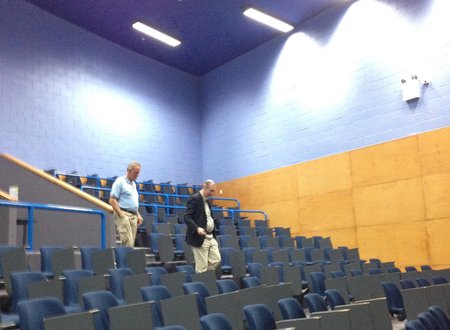 Next morning, June 16, we gave the second of our 40 Peace Talks at Coffs Harbour campus of Southern Cross University.

Here Animesh Harrington and Unmilan Howard check the venue prior to the talk in Coffs Harbour. 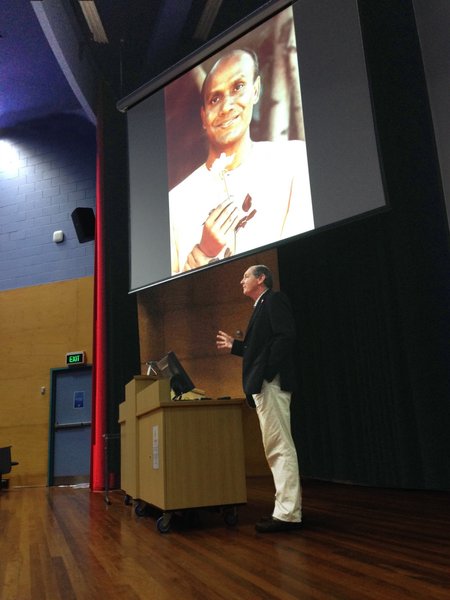 The talk, presented by Animesh Harrington, this time focussed on Sri Chinmoy’s arrival in the West. 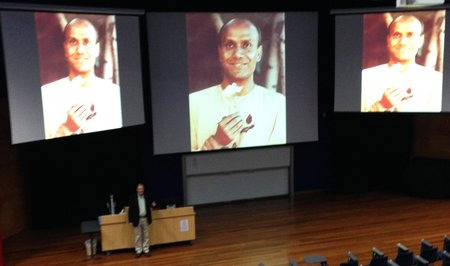 The 40 Peace Talks will have a similar format: Peace Run video, video slideshow about Sri Chinmoy, and a specific talk about a particular aspect of Sri Chinmoy’s life.

The next talk will be held on the Gold Coast and will feature a presentation on Sri Chinmoy’s first visit to Australia in 1976.