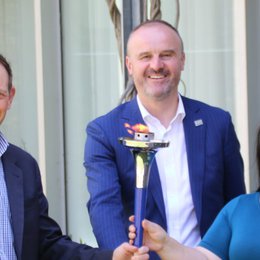 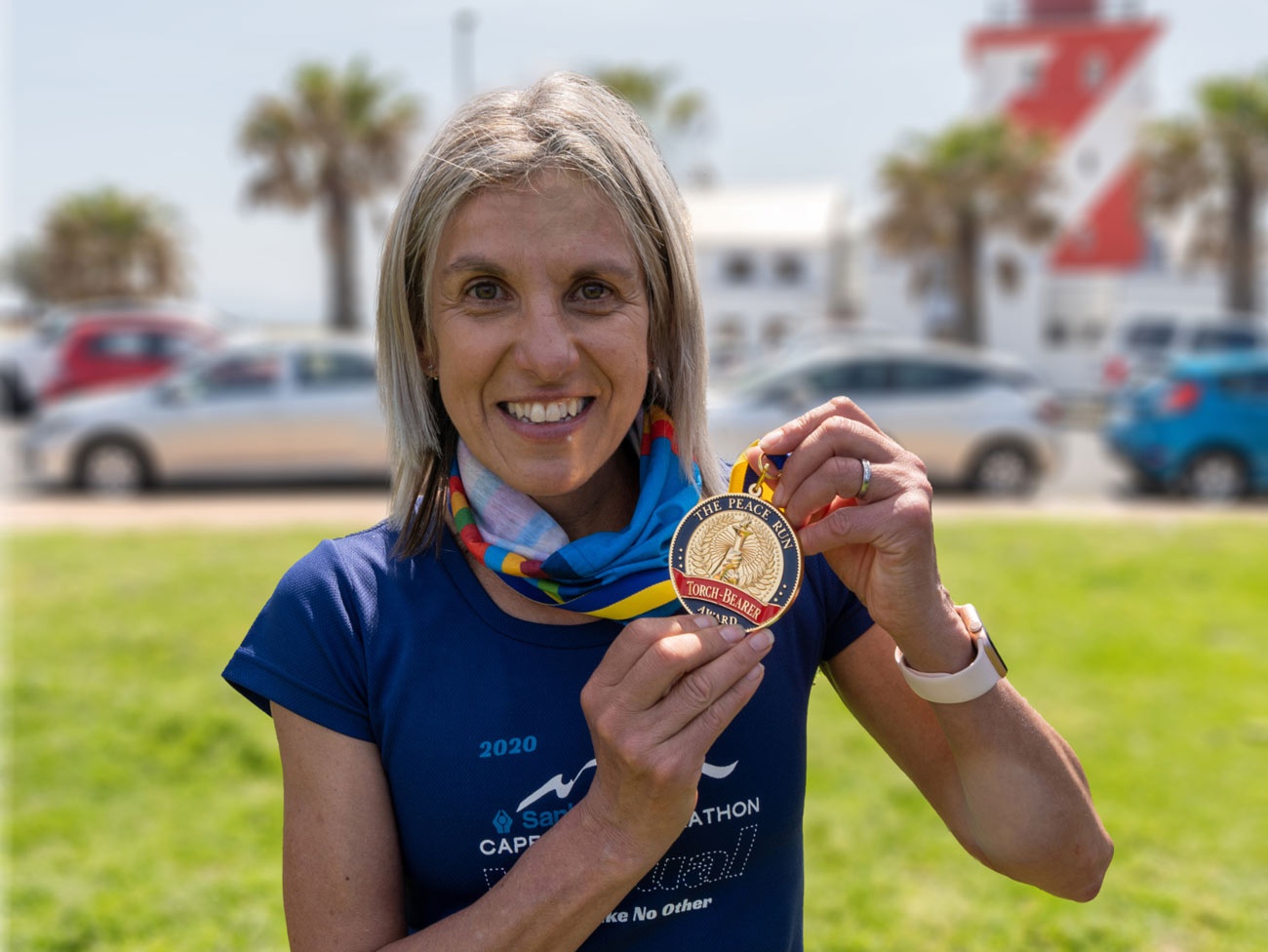 Ron Clarke, Australia's world-record breaking middle-distance runner was the first Torch-Bearer Award recipient in 2008. That year we honoured 77 deserving recipients on our journey around Australia. more...

The Office of Crime Prevention in Western Australia, together with other local heroes, was presented with the Torch-Bearer Award in 2010. more...

Robert de Castella MBE, legendary Australian marathon runner, has been involved with the Peace Run since 1989. In 2013 he and other deserving recipients received the Torch-Bearer Award. more..

Patron of the 2015 Peace Run, Mayor of South Perth Sue Doherty, was a deserving recipient of the Torch-Bearer Award. more..

One of our country’s national treasures, singer-songwriter Archie Roach, headed a list of Australian luminaries who received the Peace Run Torch-Bearer Award for 2017. more...

Leonie Ebert receives the Torch-Bearer award at the closing ceremony of the 2018 Australian Peace Run on the Summit of Mount Lofty.

Leonie Ebert established the Graham F Smith Peace Foundation in memory of her husband. The Foundation is a non-profit organisation that works to promote Peace through all art forms. more.. 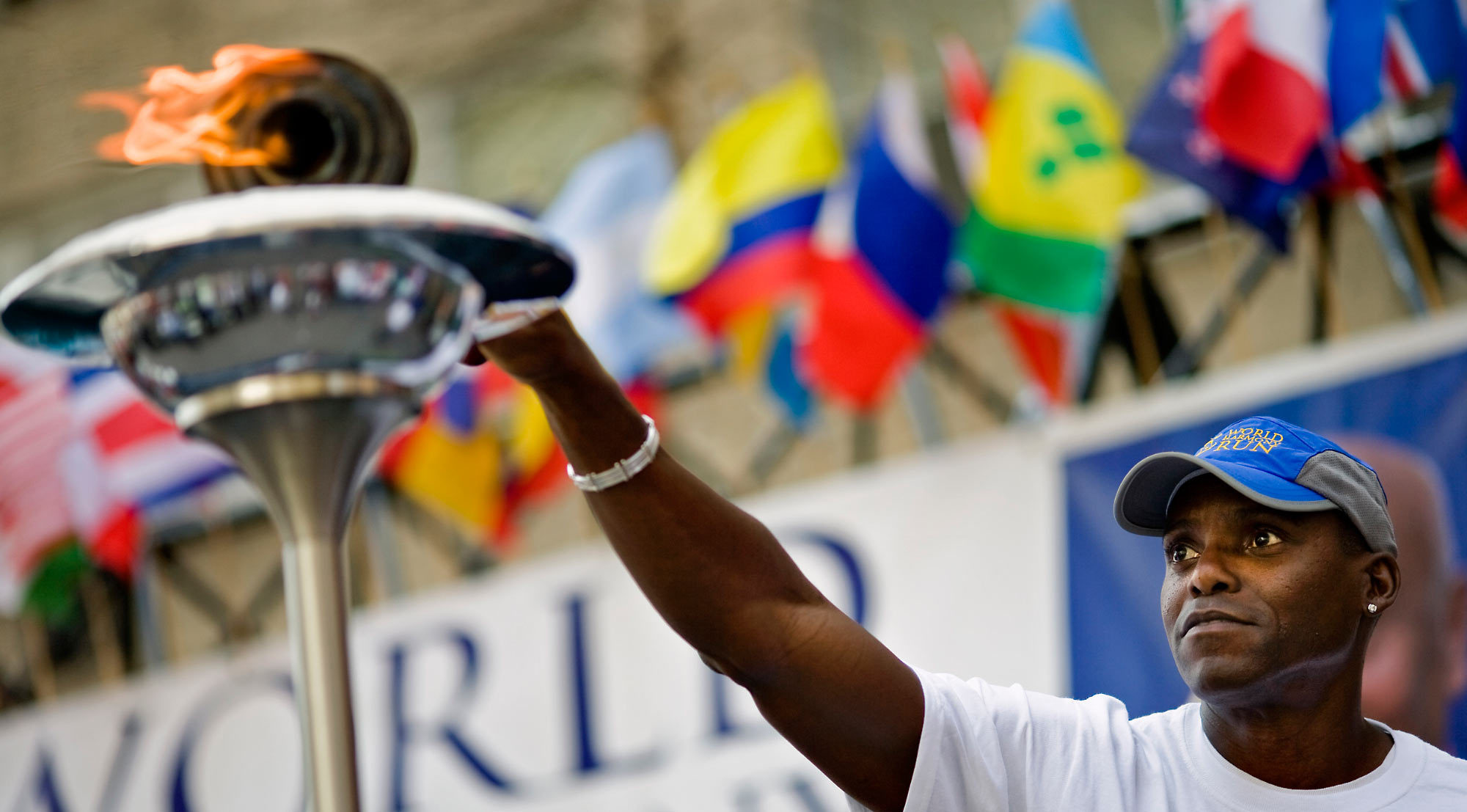 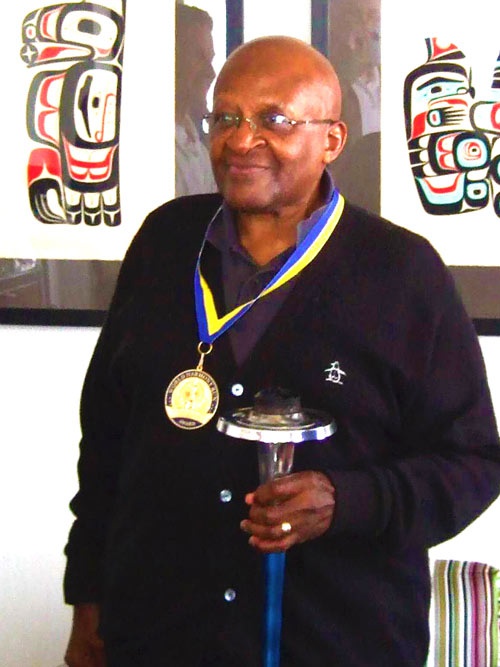 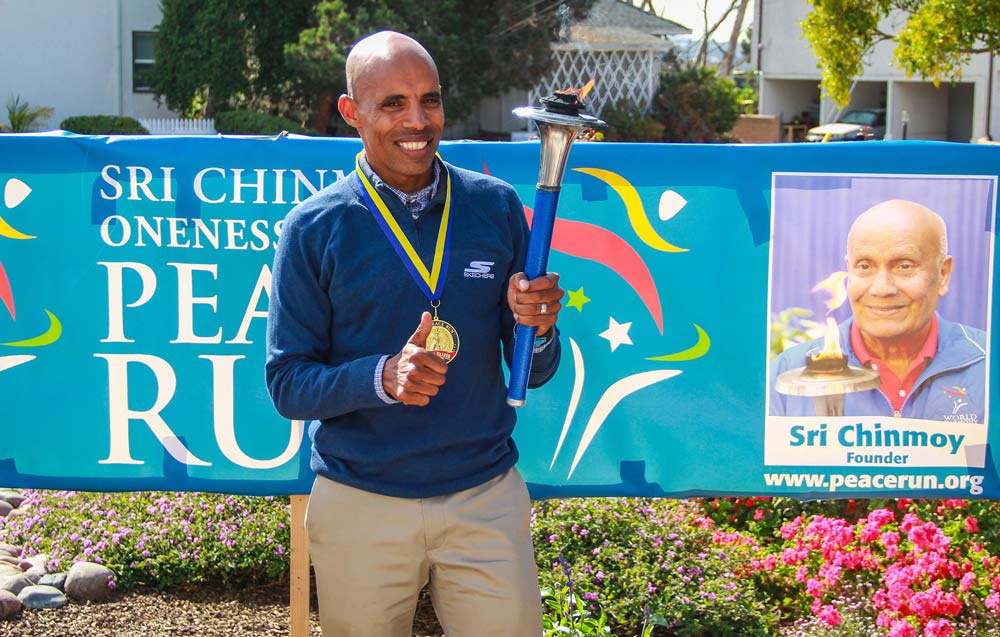 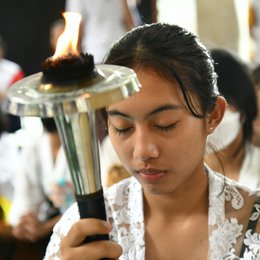 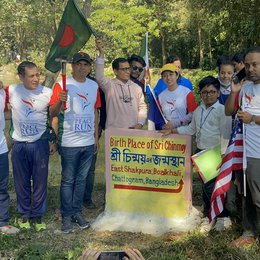 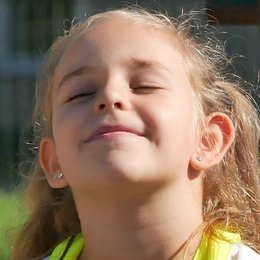