Peace Run at the 2016 International Day of Yoga UN 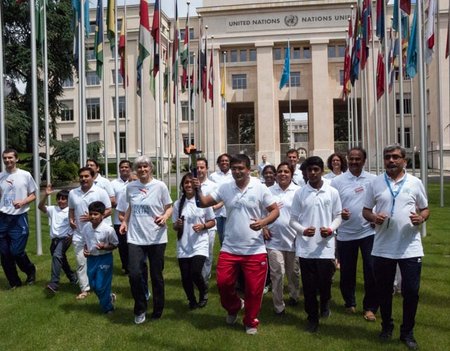 Yogis from the Indian mission and the Peace Run running for peace at the United Nations Office in Geneva.

Yoga, India, the United Nations and the Peace Run. What brings them together?

India is the proud birthplace of Yoga. Practiced since millennia, the ancient science of Yoga has conquered the world. India’s sons and daughters have pioneered, cultivated and carried forth its most treasured gifts – the gift of harmony, the gift of love and the gift of service. Harmony, because it silences the restless human nature and opens it up to higher perceptions and realizations. Love, because it is the very essence of life in its myriad forms. Service, because it takes the world as one family in which all family members work together towards one goal.

The United Nations aspires and works tirelessly for world peace. It stands for a grand vision for the world. It calls on each individual, each nation, to preserve life, to promote life and to improve life. It is the union of countries for the greater good of humanity. It is through the United Nations that human aspiration for a peaceful world, even if not fully realized today, stands a chance of becoming lasting reality in the future.

The Sri Chinmoy Oneness-Home Peace Run is a lofty aspiration expressed in a simple form – running together across the world for peace. With over 100 countries visited since 1987, many of them on numerous occasions, Peace Run has woven a tapestry of harmony and understanding through the hearts of millions of people. Peace is a heartfelt aspiration expressed through joy, friendship and service within each individual - done often enough and widely enough, it can conquer the world.

The United Nations General Assembly (UNGA) has designated June 21 as the International Day of Yoga. Through a unanimous resolution adopted in 2014, the UNGA recognized that Yoga provides a holistic approach to health and well-being and that wider dissemination of information about the benefits of practicing Yoga for the health of the world population is to be encouraged.

And what better place to celebrate this auspicious day than the United Nations Office in Geneva. Expertly organized by the Permanent Mission of India to the United Nations in Geneva, it saw over 500 enthusiasts practice yoga postures in a joyous atmosphere of well-being and purpose. Peace Run volunteers from the local Sri Chinmoy Centre supported wholeheartedly this event.

So Yoga, India, the United Nations and the Peace Run have come full circle and joined in their aspiration for a better, more united and more harmonious world. 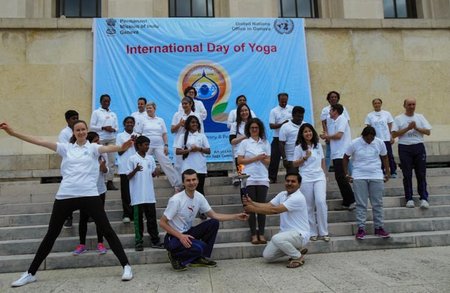 The Peace Run flame and the flame of Yoga are one and the same. 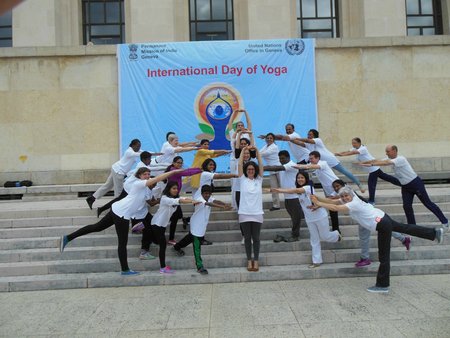 Yoga is oneness in movement.

Yoga is oneness in being. 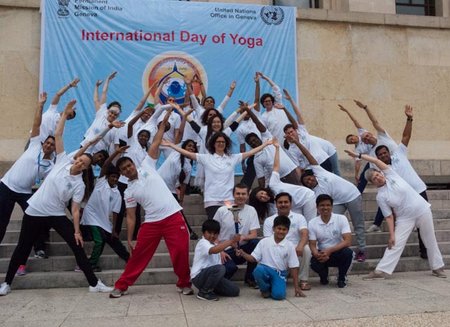 Yoga starts in the childlike heart of joy. 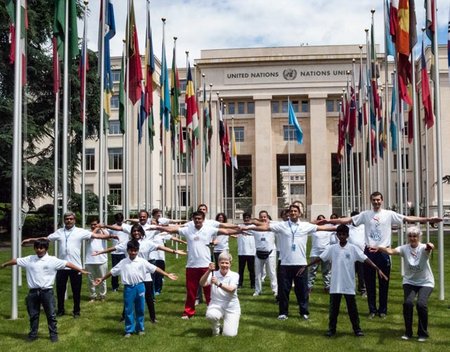 Yoga is the union of hearts, the embrace of universal love and the peaceful cooperation of nations for the benefit of humanity. 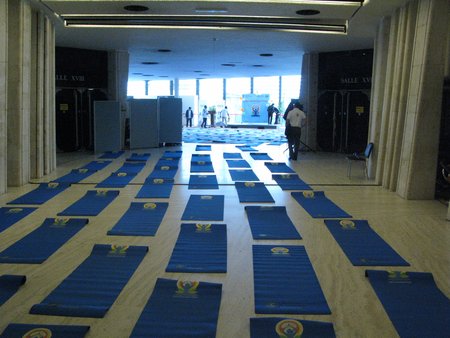 The path of yoga is awaiting us ... 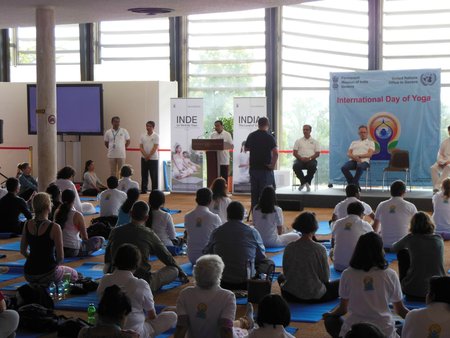 Yoga in action at the United Nations in Geneva, blessed by the welcome speech of the Indian Ambassador. 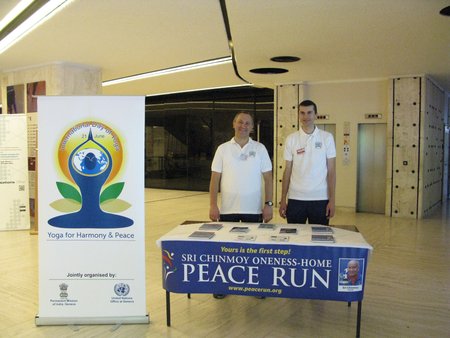 The Peace Run stand at the United Nations in Geneva to celebrate the 2016 International Day of Yoga - Yours is the first step (in yoga and everything else that you value in your life). 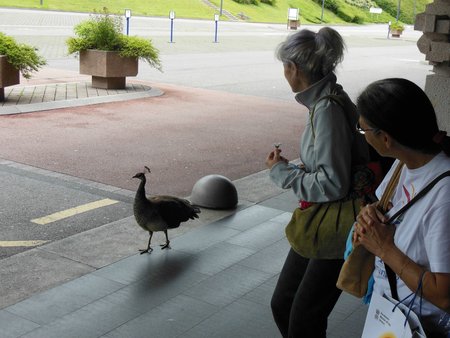 The peacock asana in hatha yoga is among the most effective yet a very challenging asana to master.